Since El Paso is right up against the southern New Mexico border, it made sense to grab that city at this point rather than with the rest of Texas.  Let’s start there.

Apparently, a building was just knocked down on this lot revealing some nicely preserved “ghost dogs” (vintage painted advertising signs): 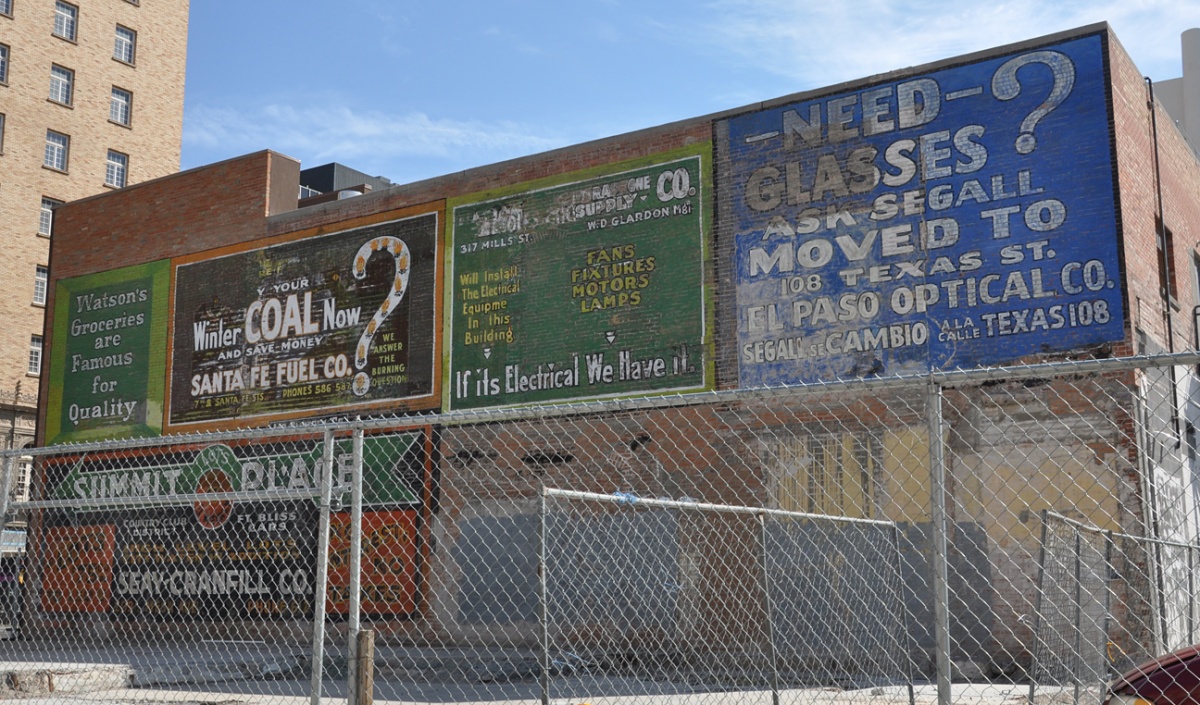 and now with the name painted over and the tires and grill crudely painted:

The Sunbeam sign is also missing the girl now.  My photo from 2008: 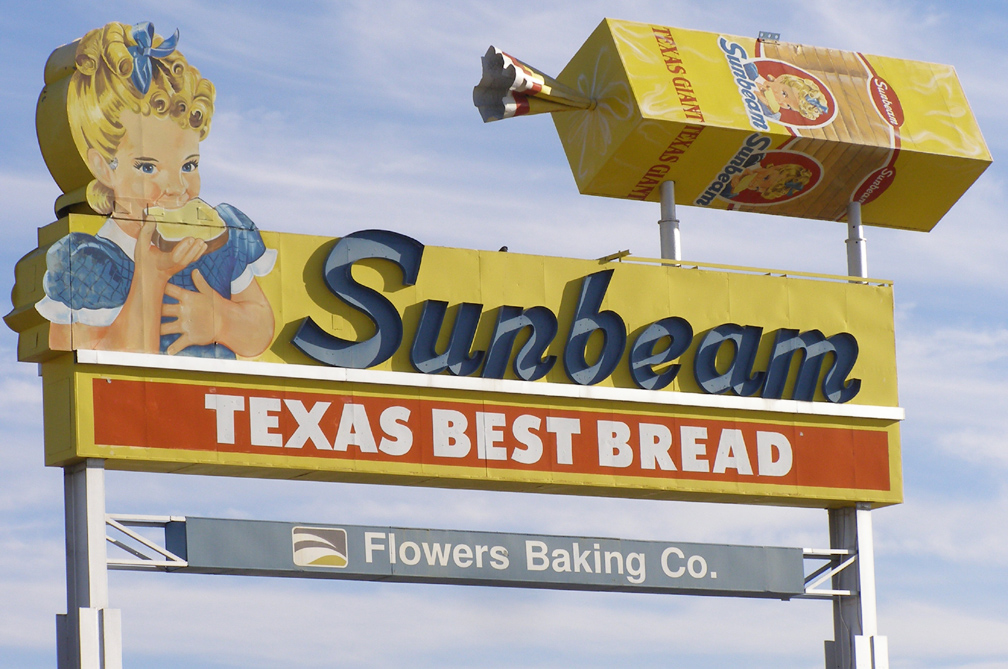 Google Maps Street View shows she was still there in 2015 so this change must be recent: 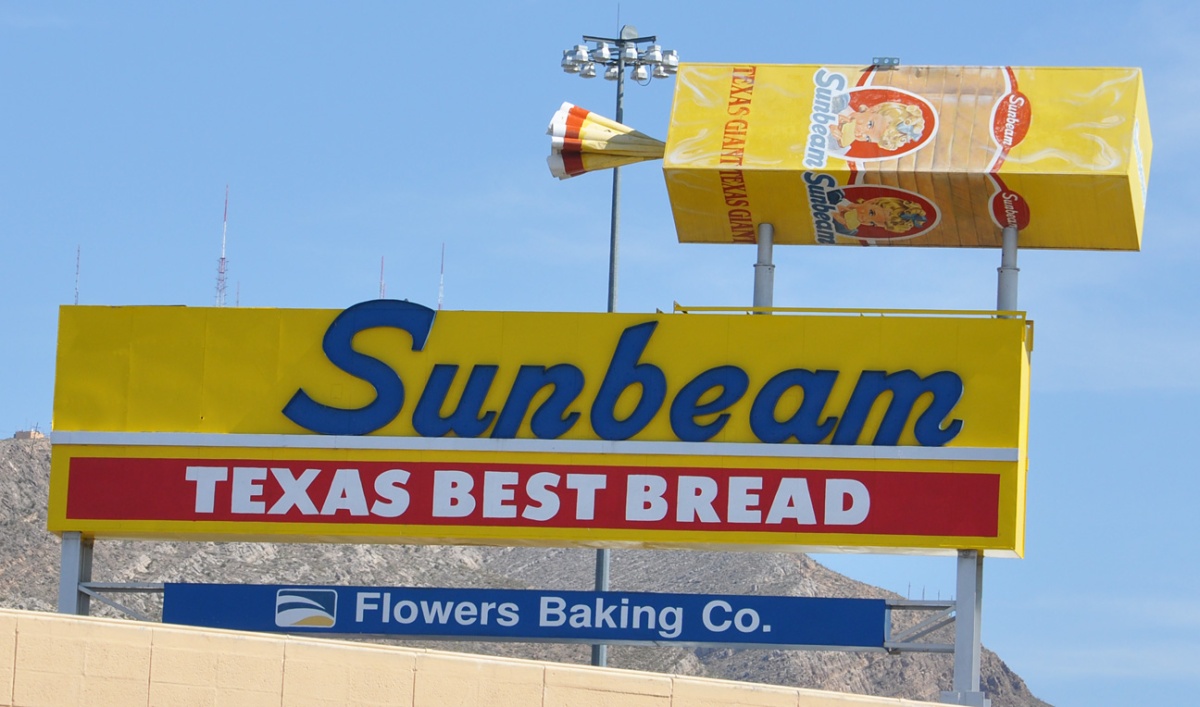 Right behind it is the Cappetto’s Italian Restaurant sign:

The bulb piece on top must have been amazing.  I assume it some sort of flashy thing.  I’ve seen poles with bulbs on them attached to poles.  But nothing with THIS many bulbs:

An older panel below the main panel of the Montana Motel sign.  With these vacancy signs, these “Sorry No” letters could be turned on as needed with a separate switch: 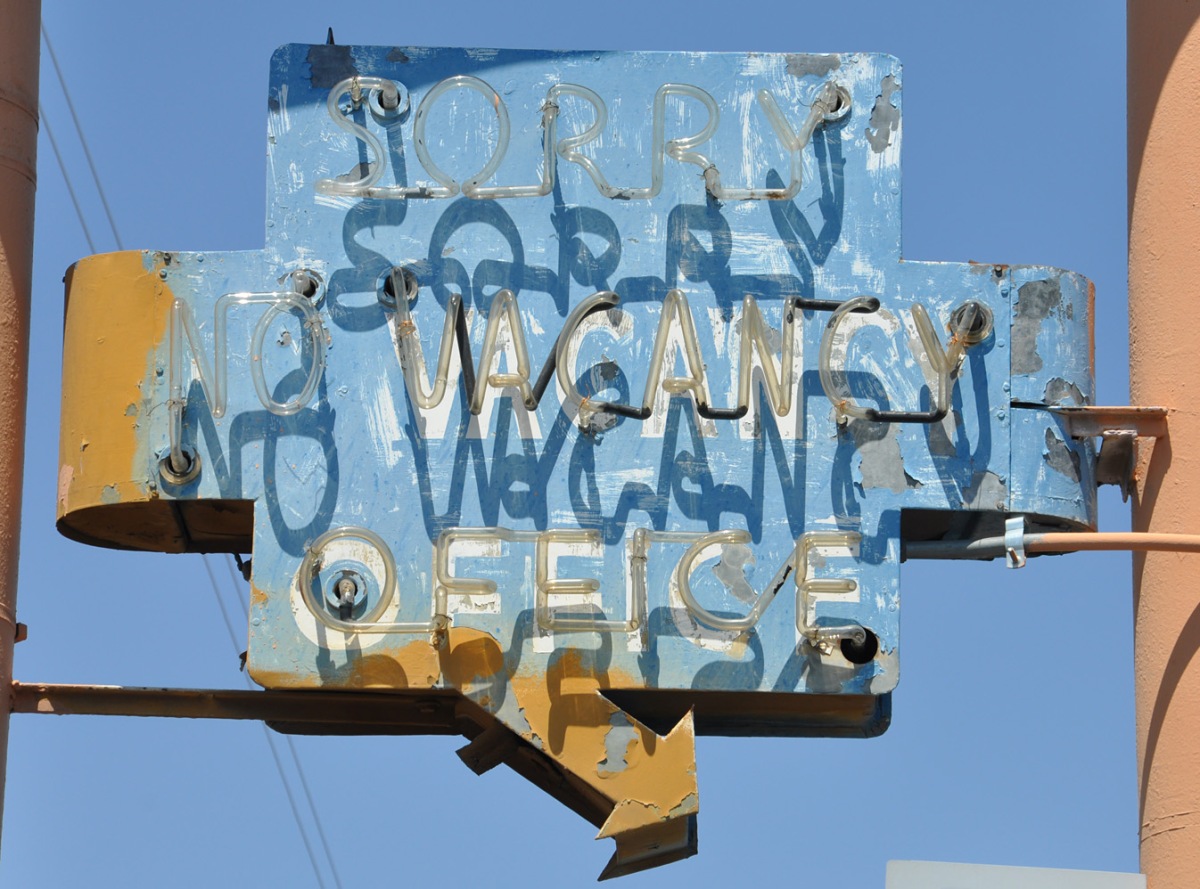 This operating Coca-Cola plant sign is most likely modern.  It reads Dr. Pepper on the other side.  It apparently revolved originally but not on this trip: 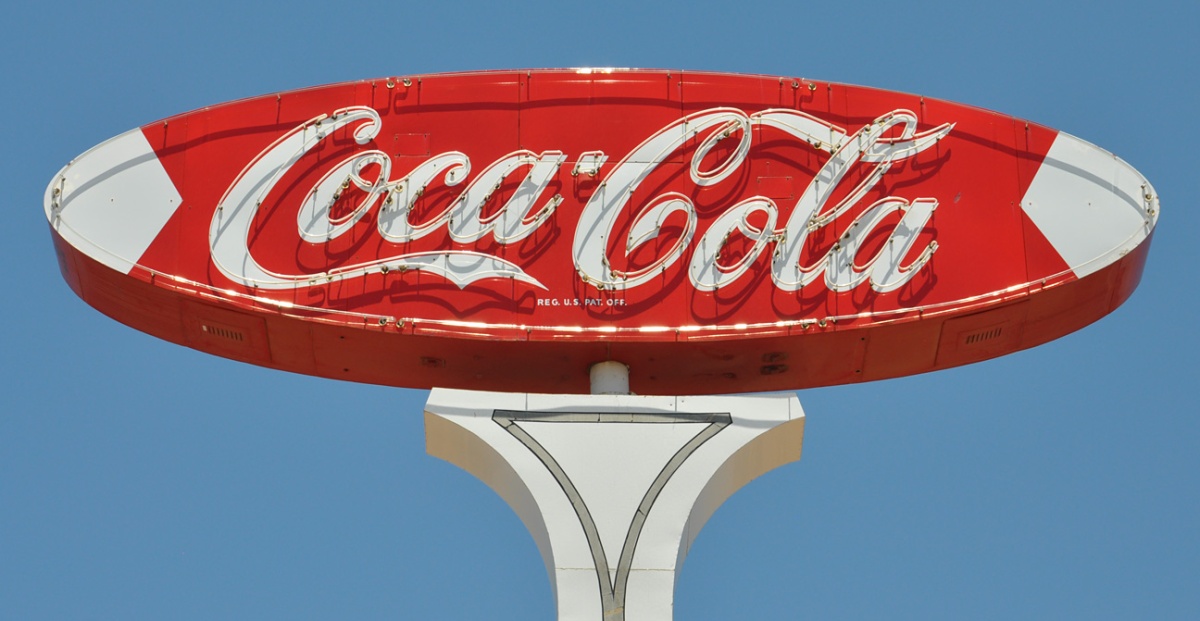 On to Roswell, NM.  I didn’t shoot any alien stuff — not my thing.  This Roswell Motor Supply sign was installed at a local business.  It has been installed inside this Farley’s restaurant/bar since around 2004.  The bellhop? mechanic? has an animated saluting arm.  Although the sign is usually lit, there was a problem and the manager couldn’t get it to come on.  Bummer: 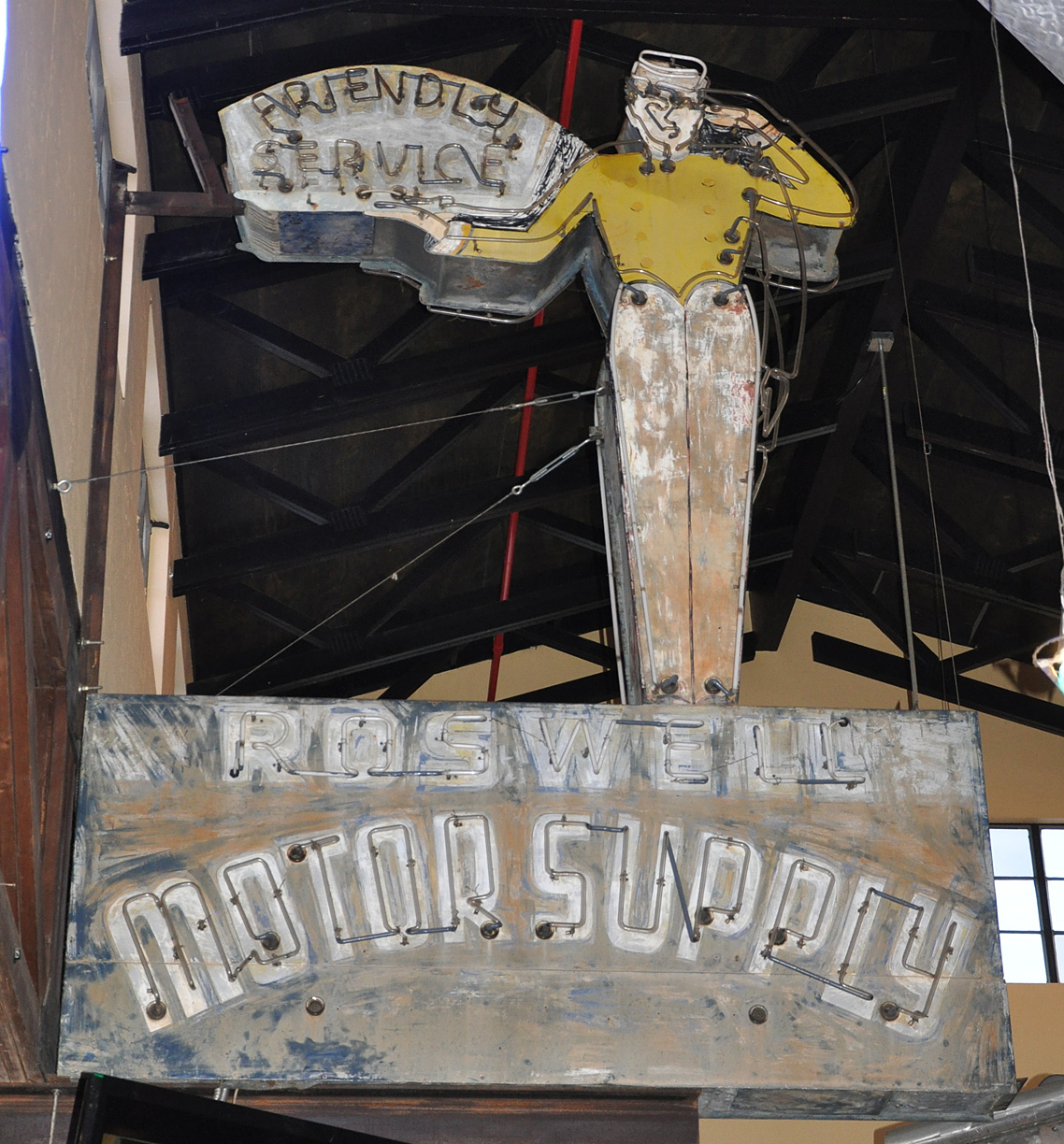 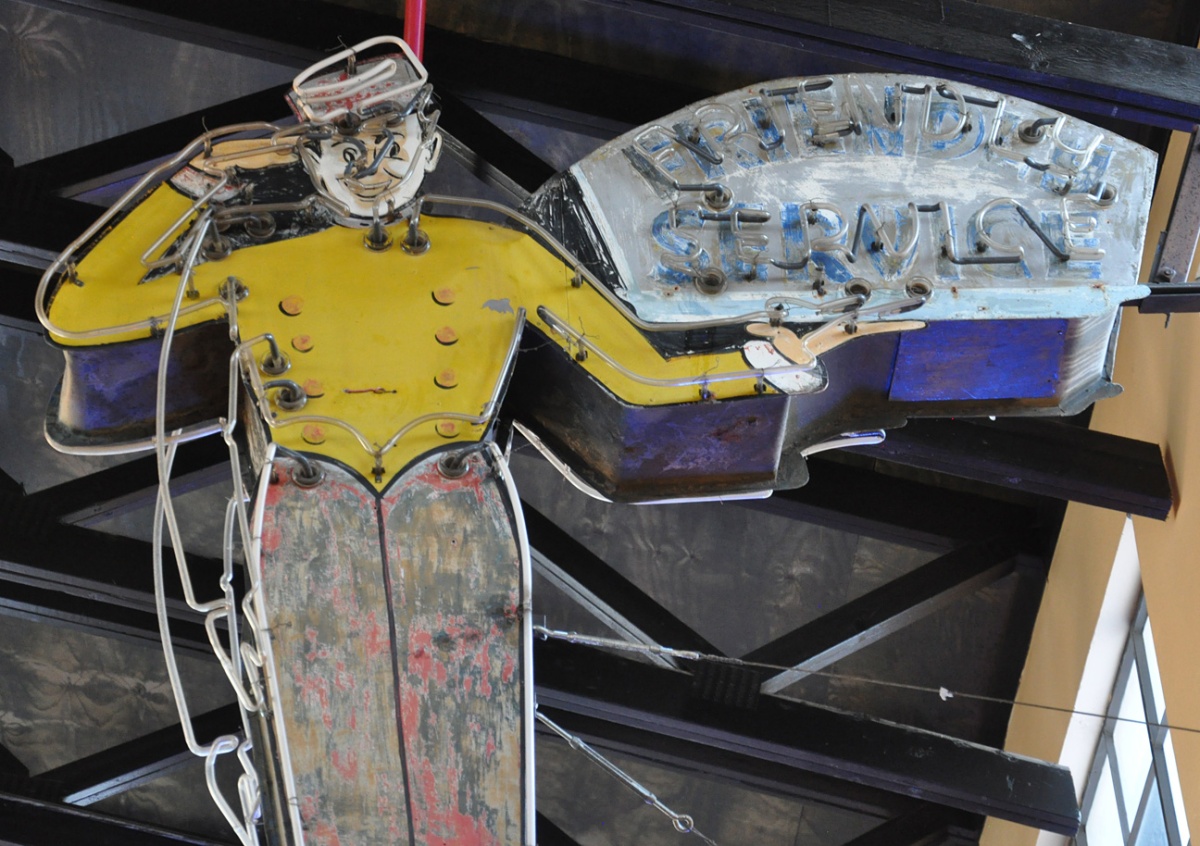