I took two little back-to-back daytrips these past couple of weekends.  Both were to be full two-day trips but the weather went cloudy/rainy by Sunday mornings, forcing the dogs and I to turn back for home.  Last Saturday, we went down to L.A. and, yesterday, we were in Central California.  Most of the destinations were to shoot things which have changed since I shot them last.  But there were a few first-timers and unexpected things as well.

This guy at Victorio’s Ristorante in North Hollywood used to look like this (my photos from 2012): 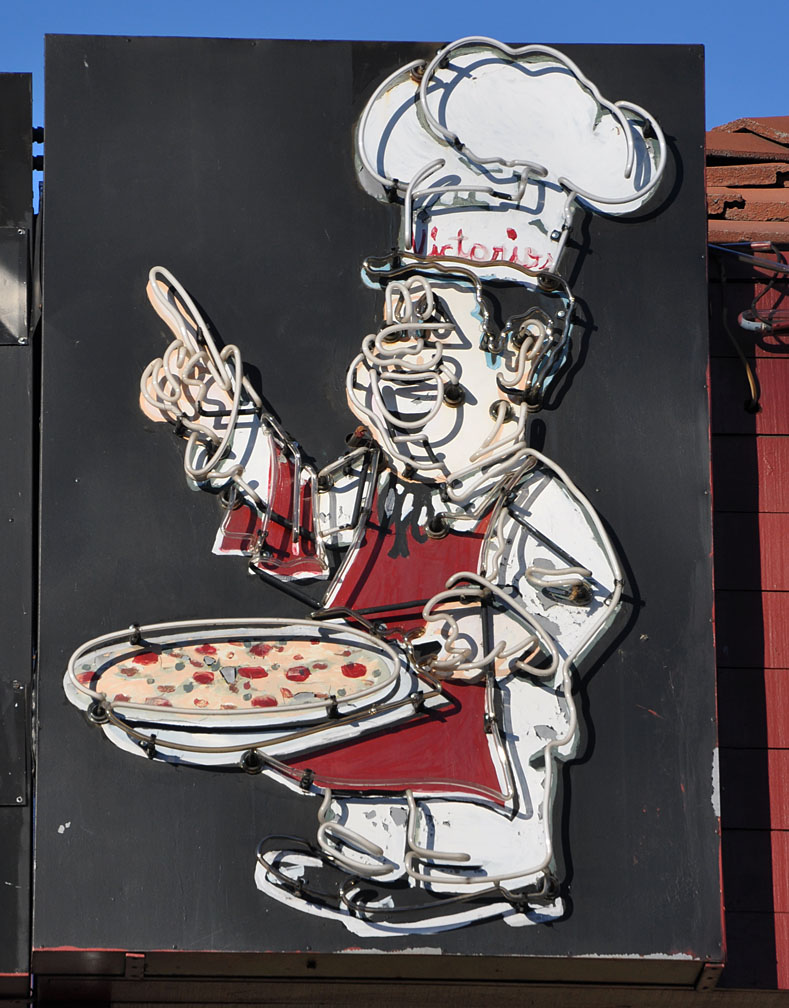 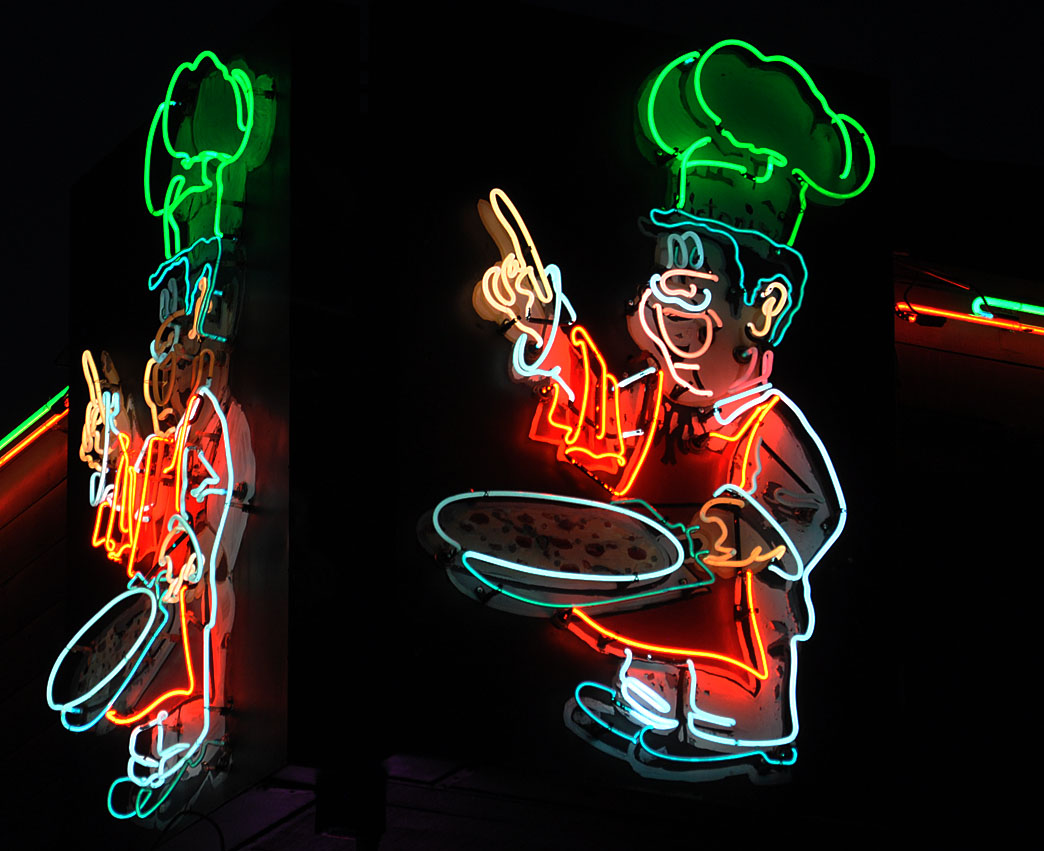 But then, a few months ago, the neon signs were placed with backlit plastic.  The owner said that the neon signs will be moved to the back of the building and will be lit again.  But I’m skeptical. 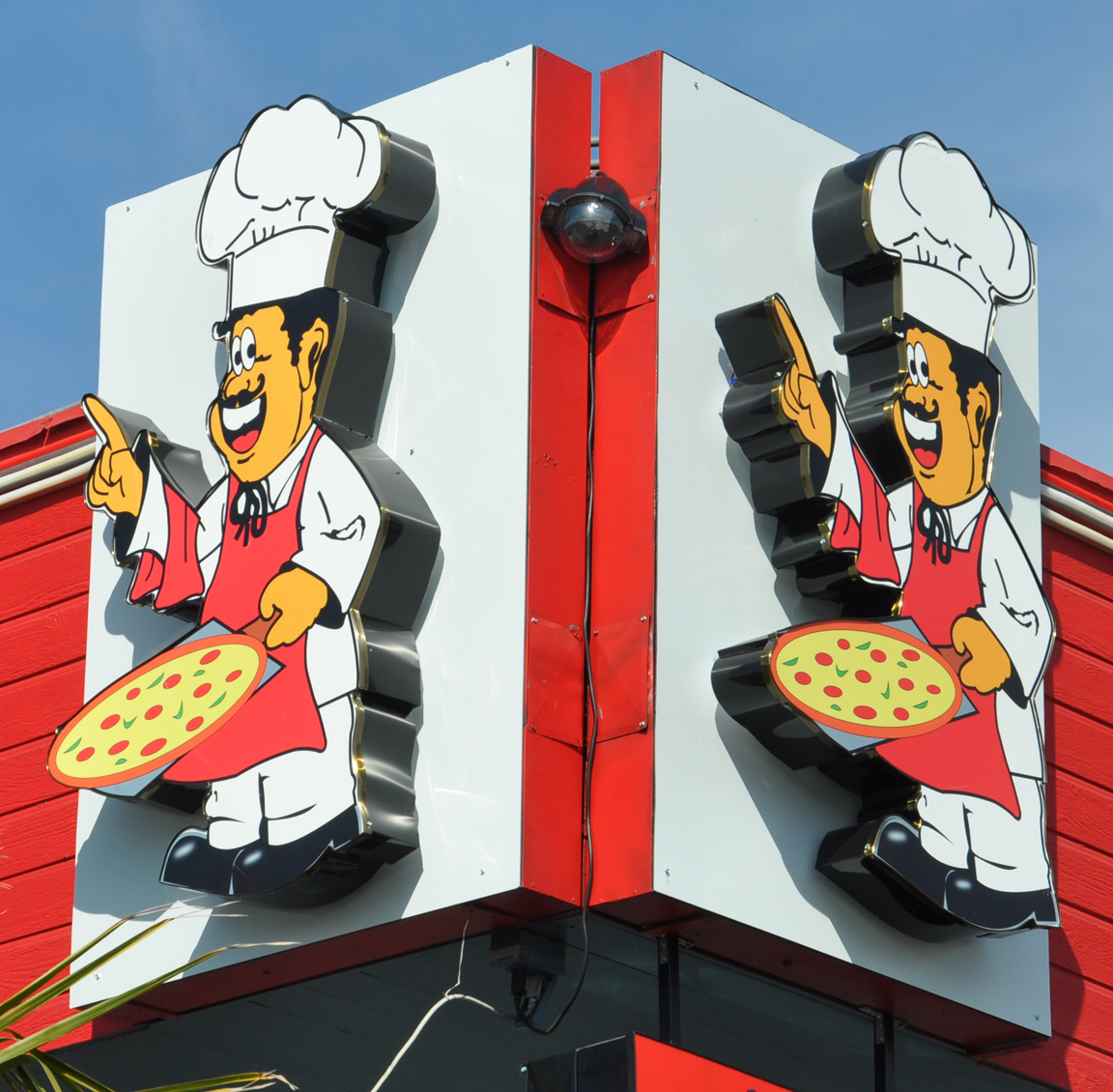 The Circus Liquor sign in North Hollywood was repainted around 2013.  It’s faded quite a bit already but it’s still one of the best signs in the Valley: 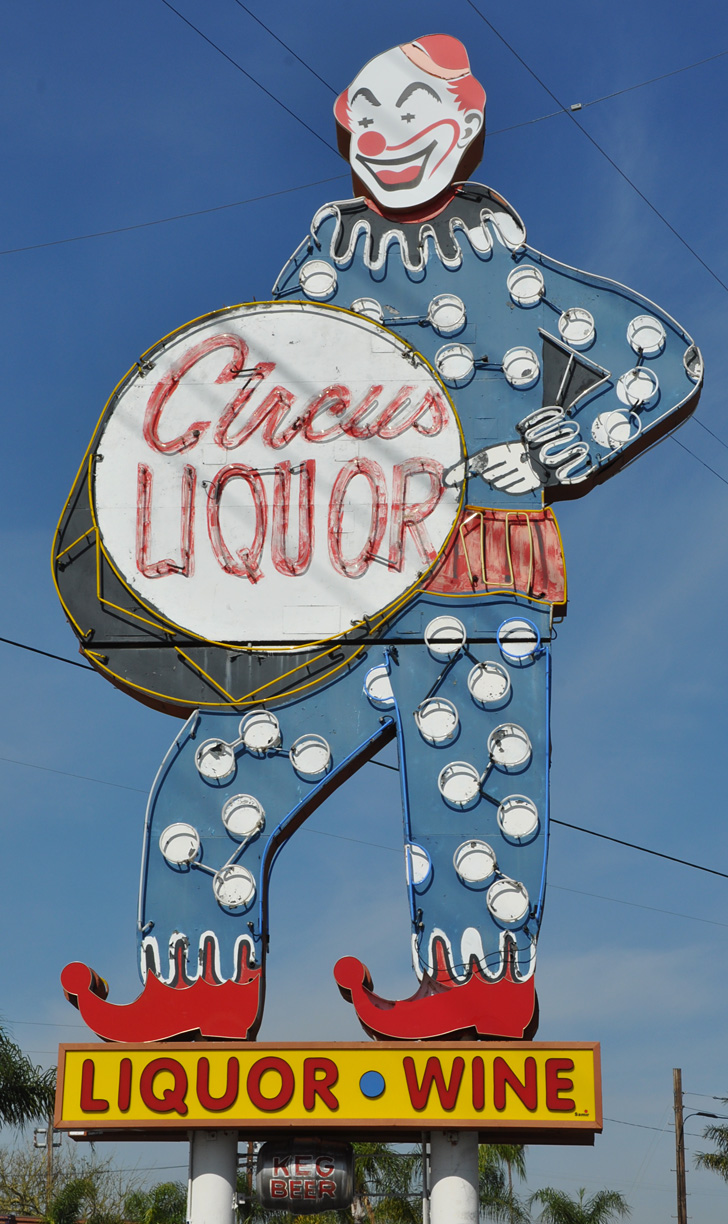 This beauty is in Van Nuys: 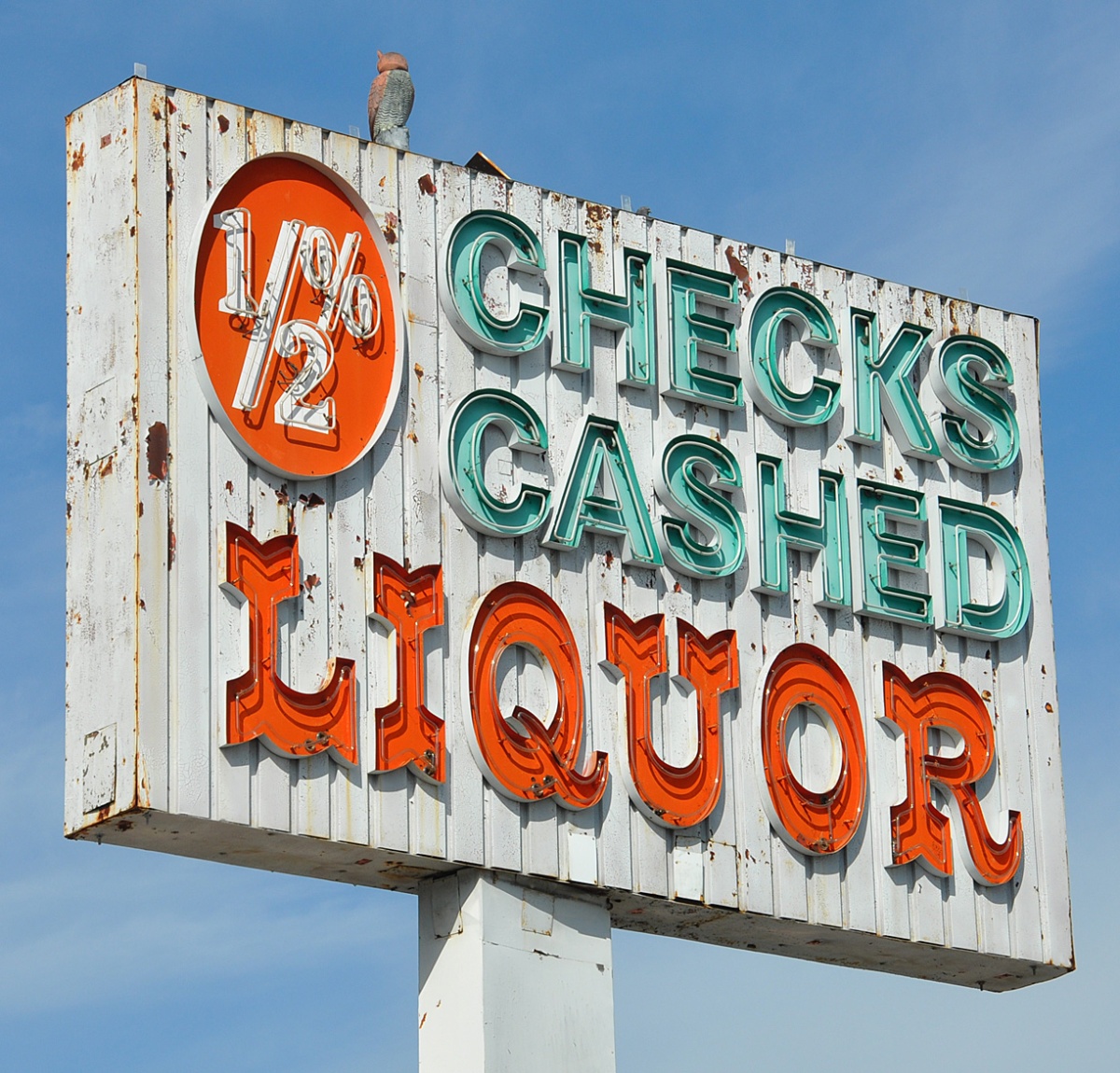 I went to see the Friendly Hills Bowl transformation in Whittier.  Here’s the sign and building from 2013: 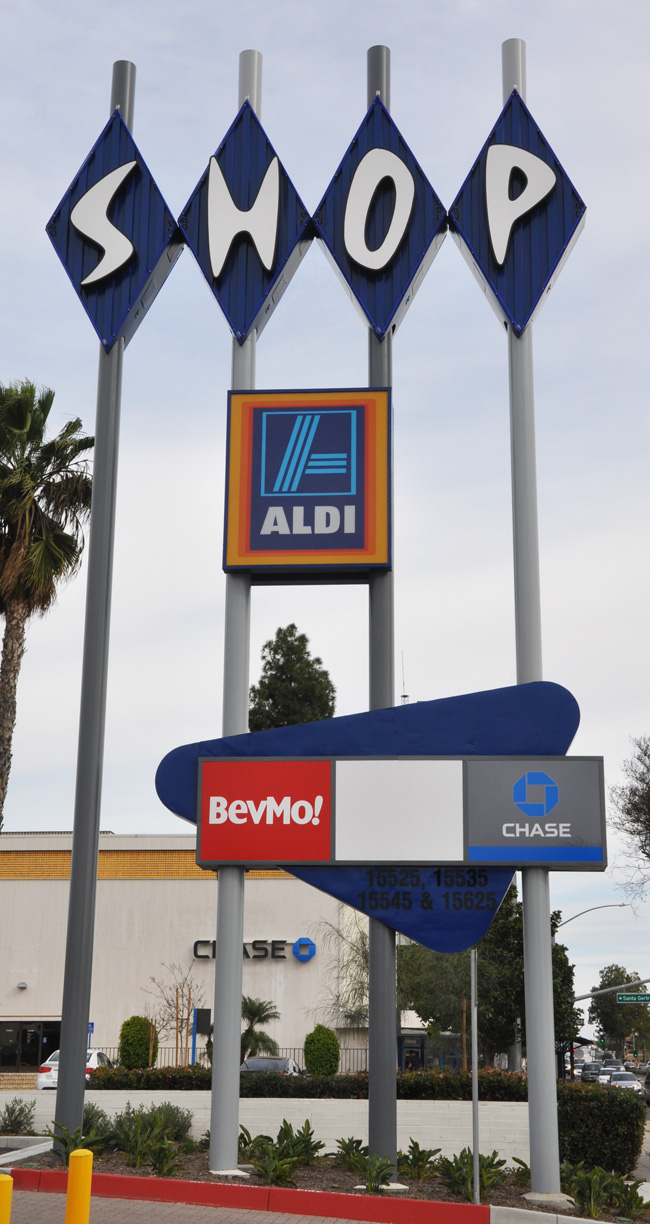 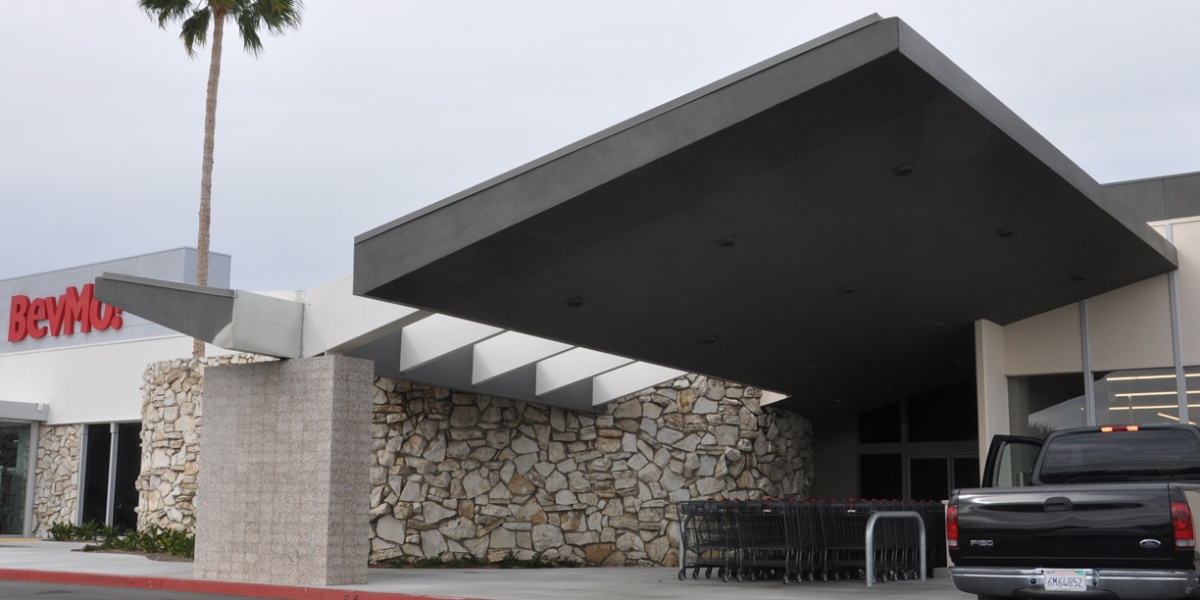 I’ve heard that this former Van Nuys Savings Bank (in Van Nuys) might be on the chopping block: 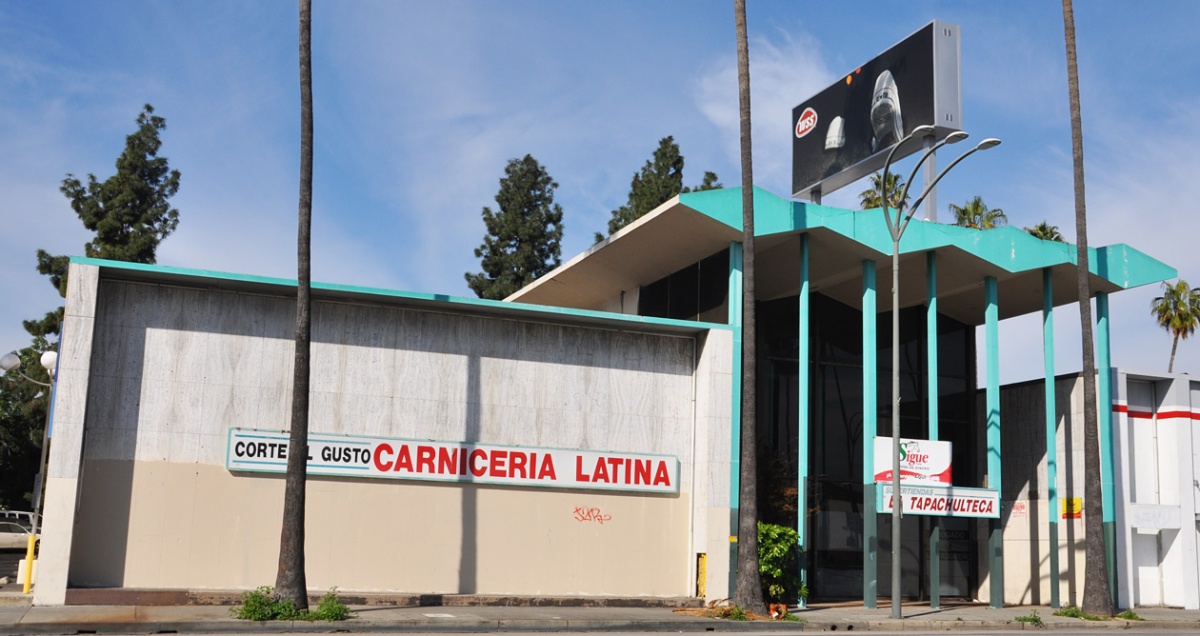 I’ve posted more photos from this L.A. trip over at Flickr: https://www.flickr.com/photos/agilitynut/

and posted others at my website.  But let’s move on to yesterday’s little trip.  Starting with these signs in Taft: 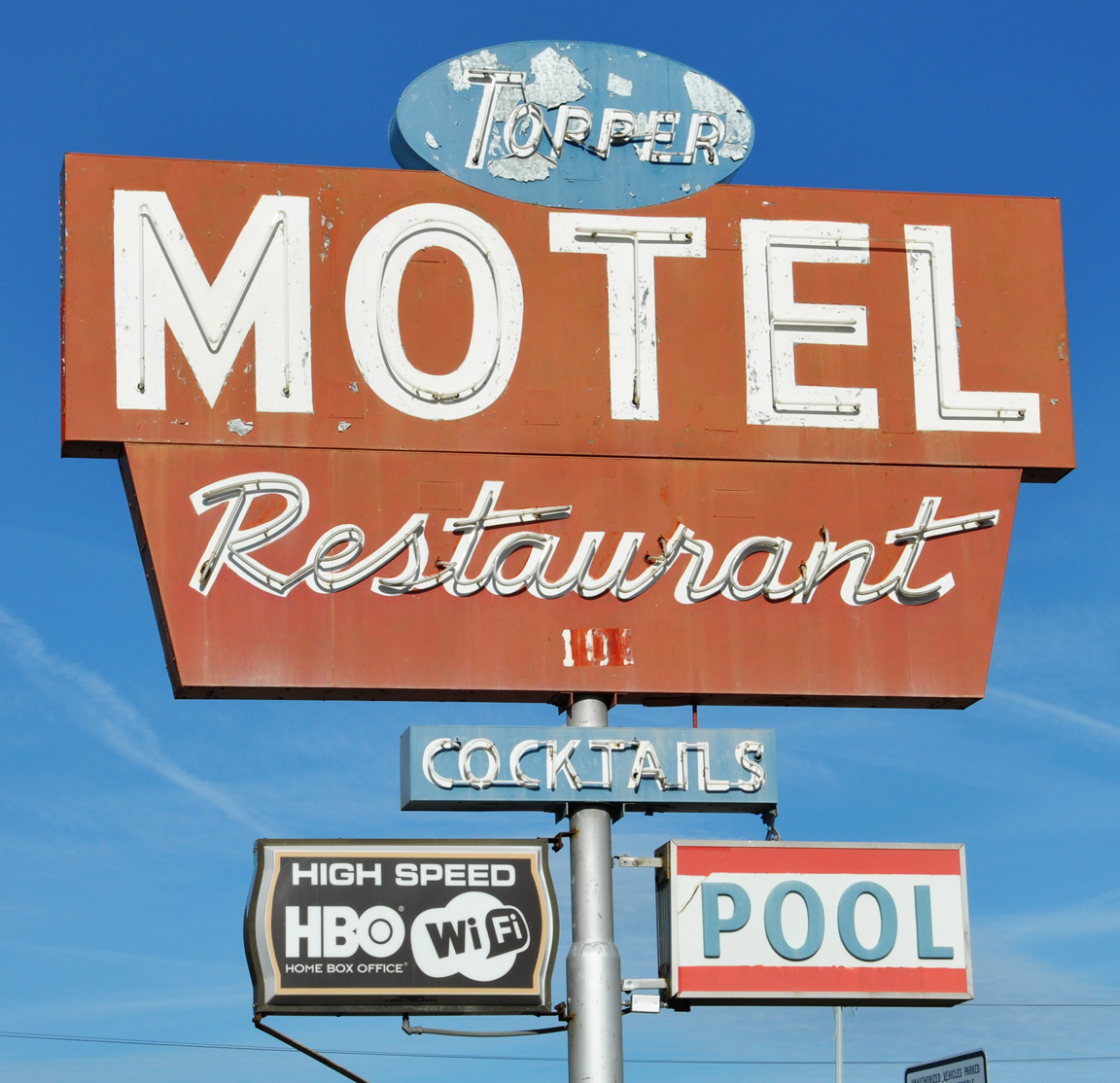 This tire store is now an upholstery business but I’m glad the tire has survived.  That’s neon tread! 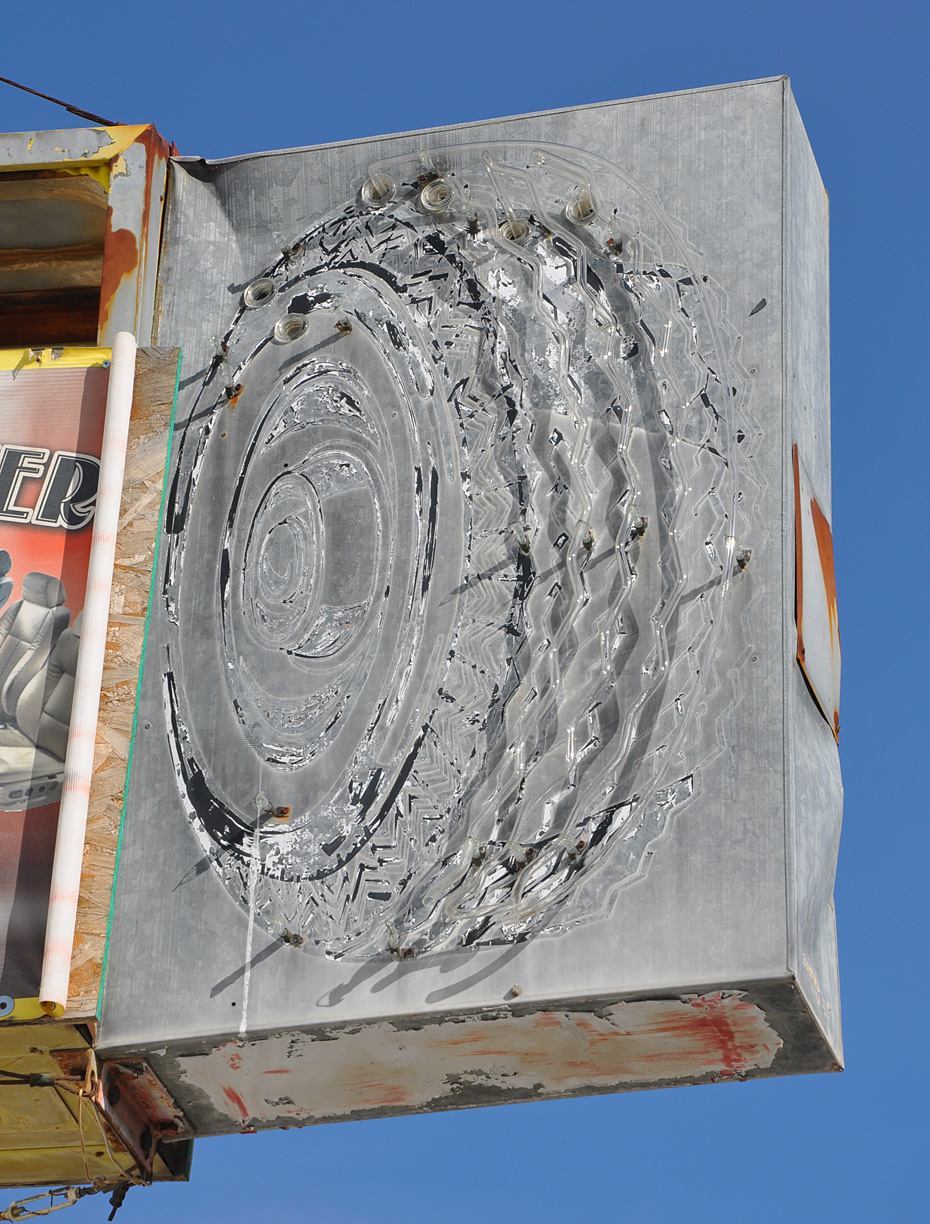 Moving on to Bakersfield: 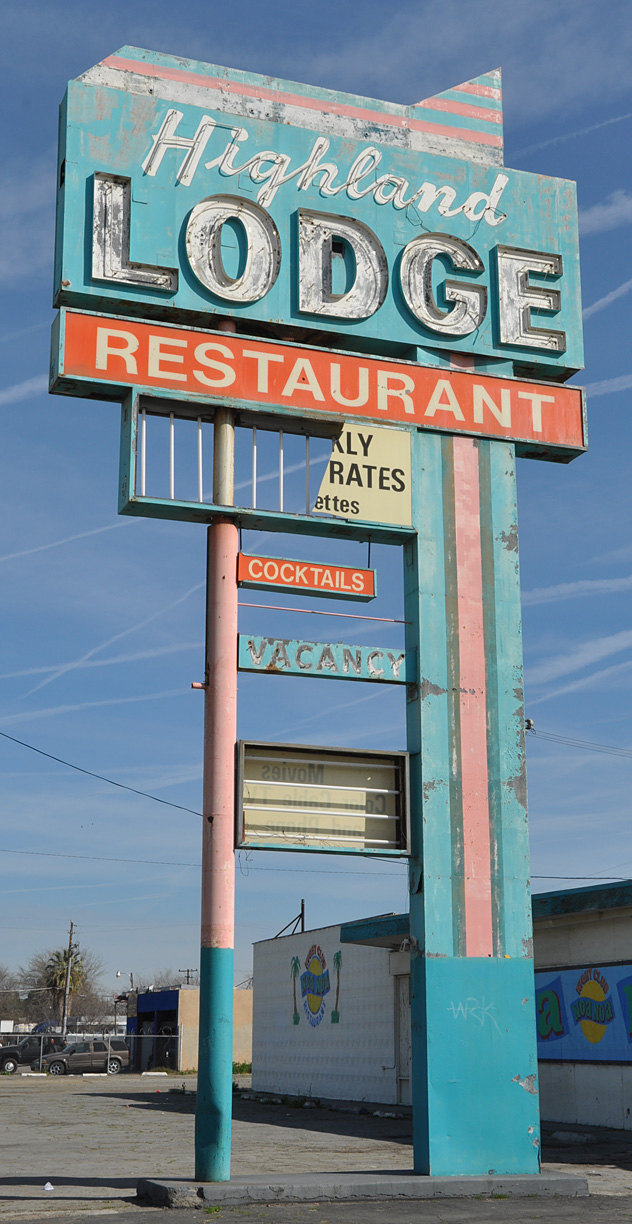 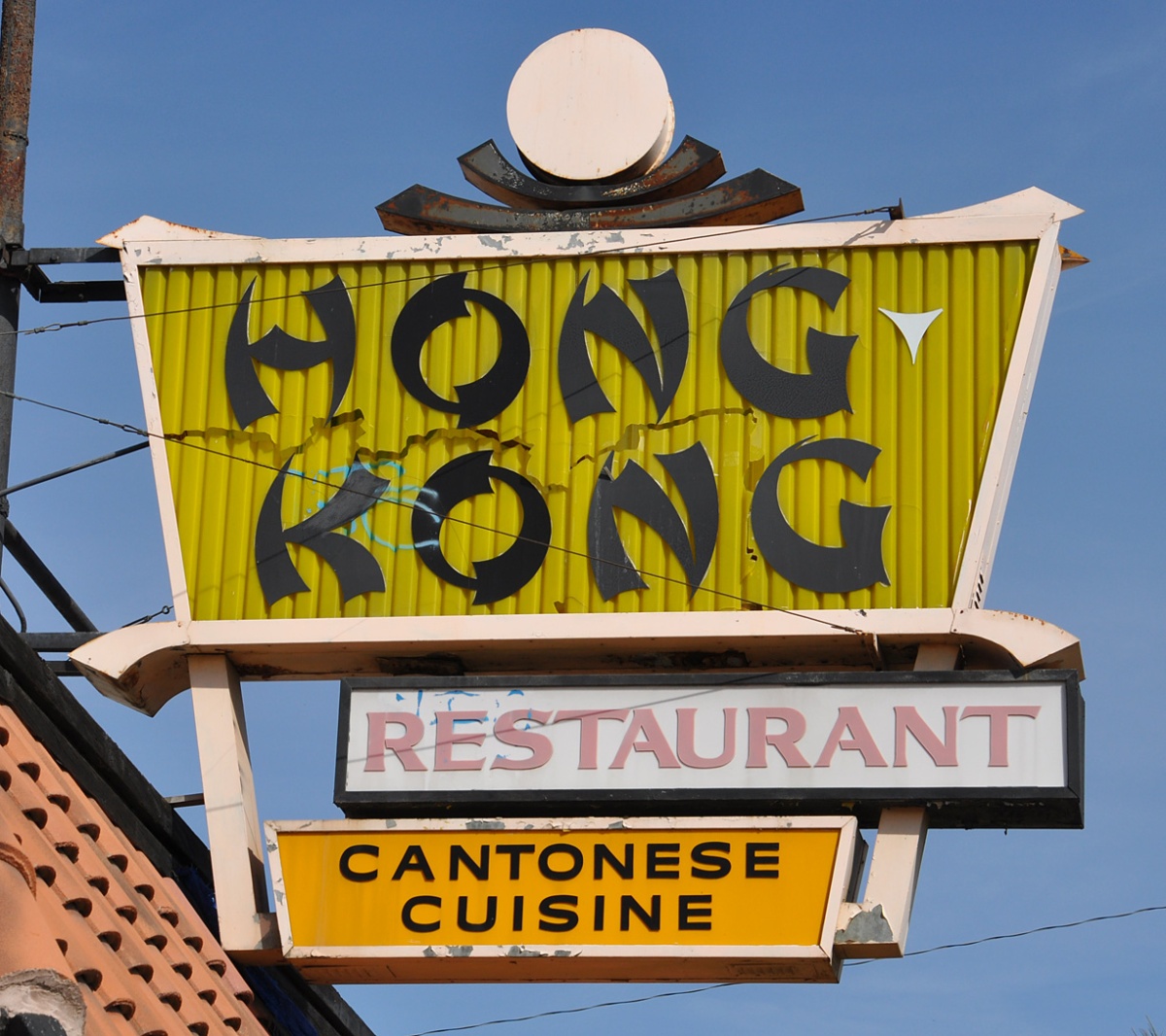 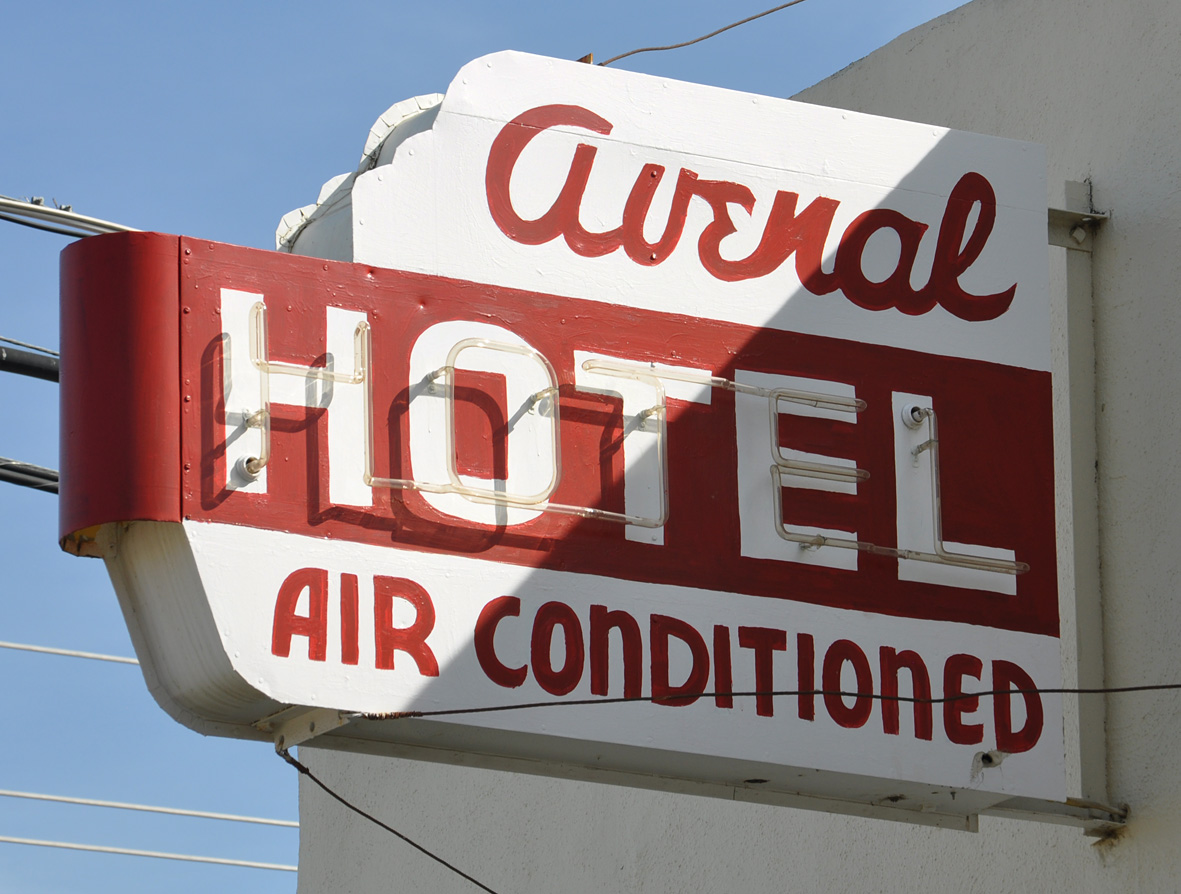 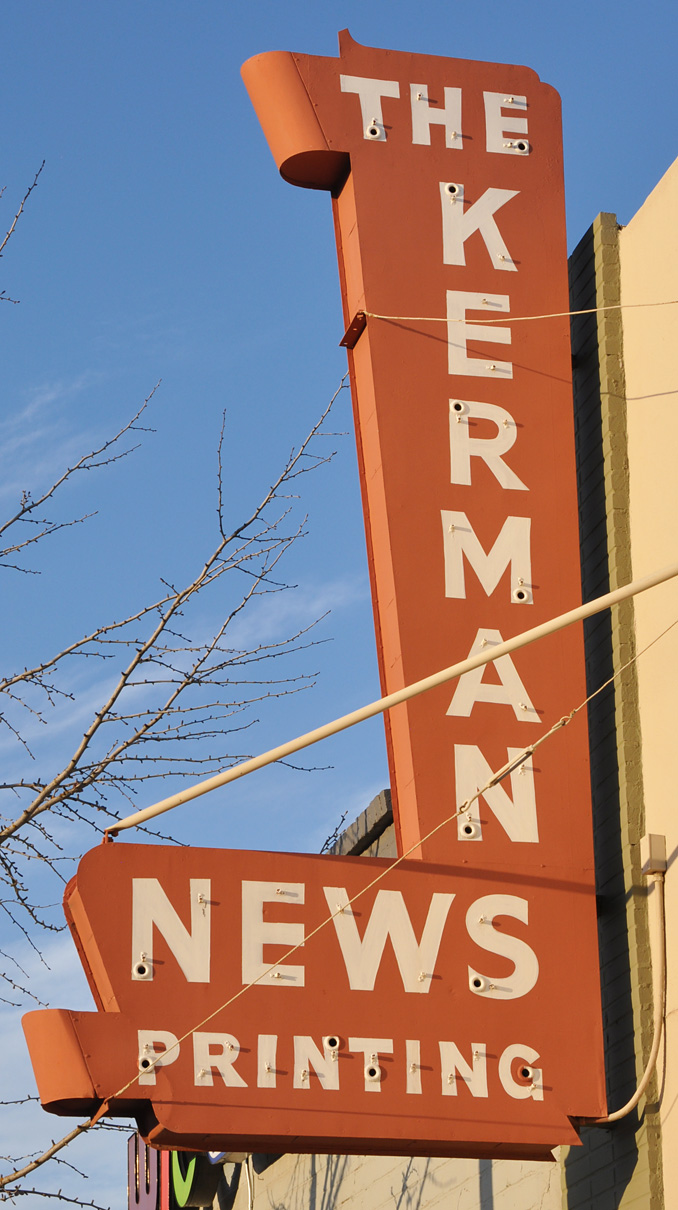 Moving on to Fresno (thanks to Heather David who alerted me to this one).  It looks like this was originally a revolving sign: 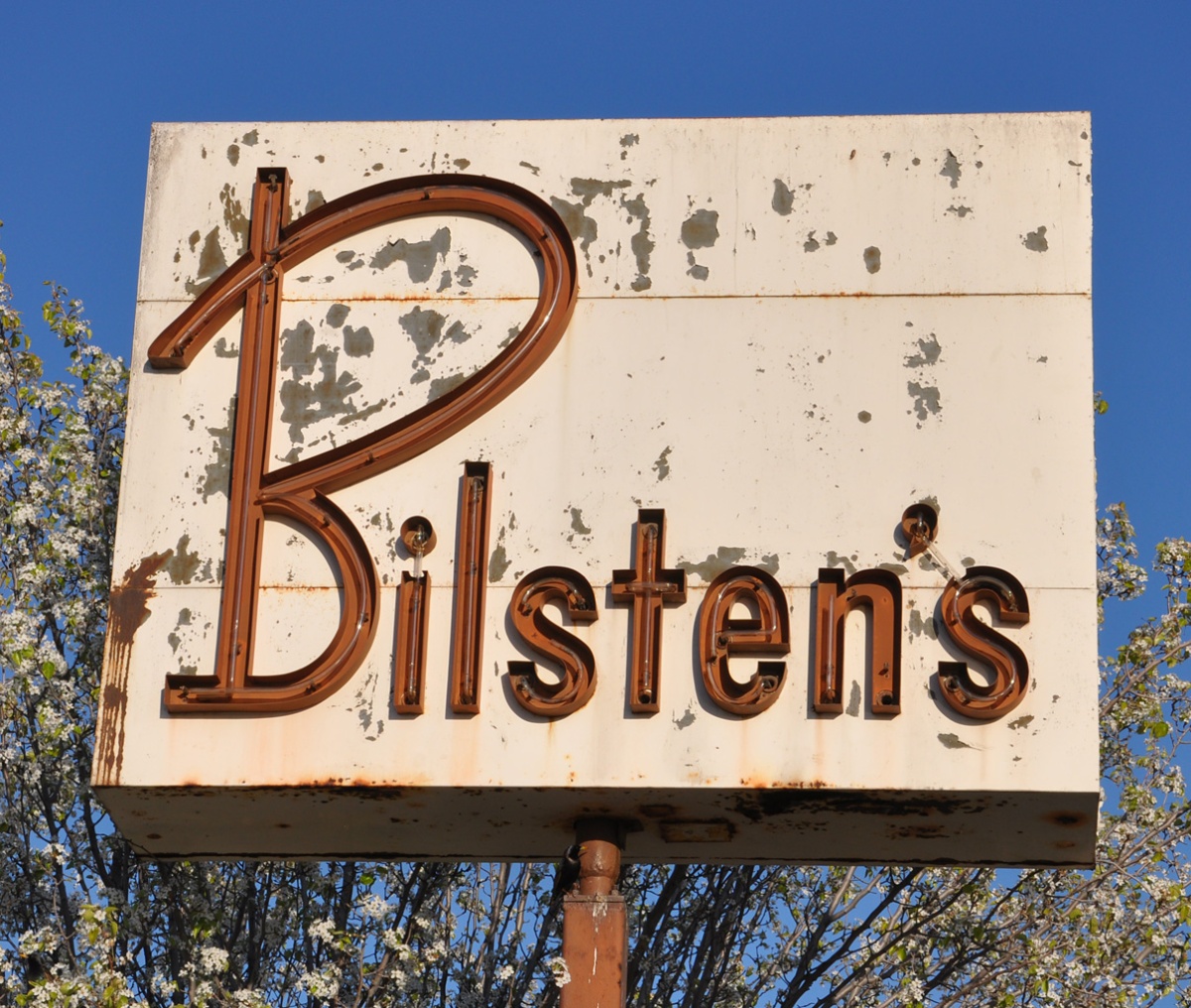 The Big Fresno Fair has a small collection of local, restored signs.  This one is from the Mars Drive-in restaurant, built in 1947.  Those car butts were not part of the original design:
https://www.fresnofair.com/blog-entry/throwback-thursday-1947-mars-drive-sign 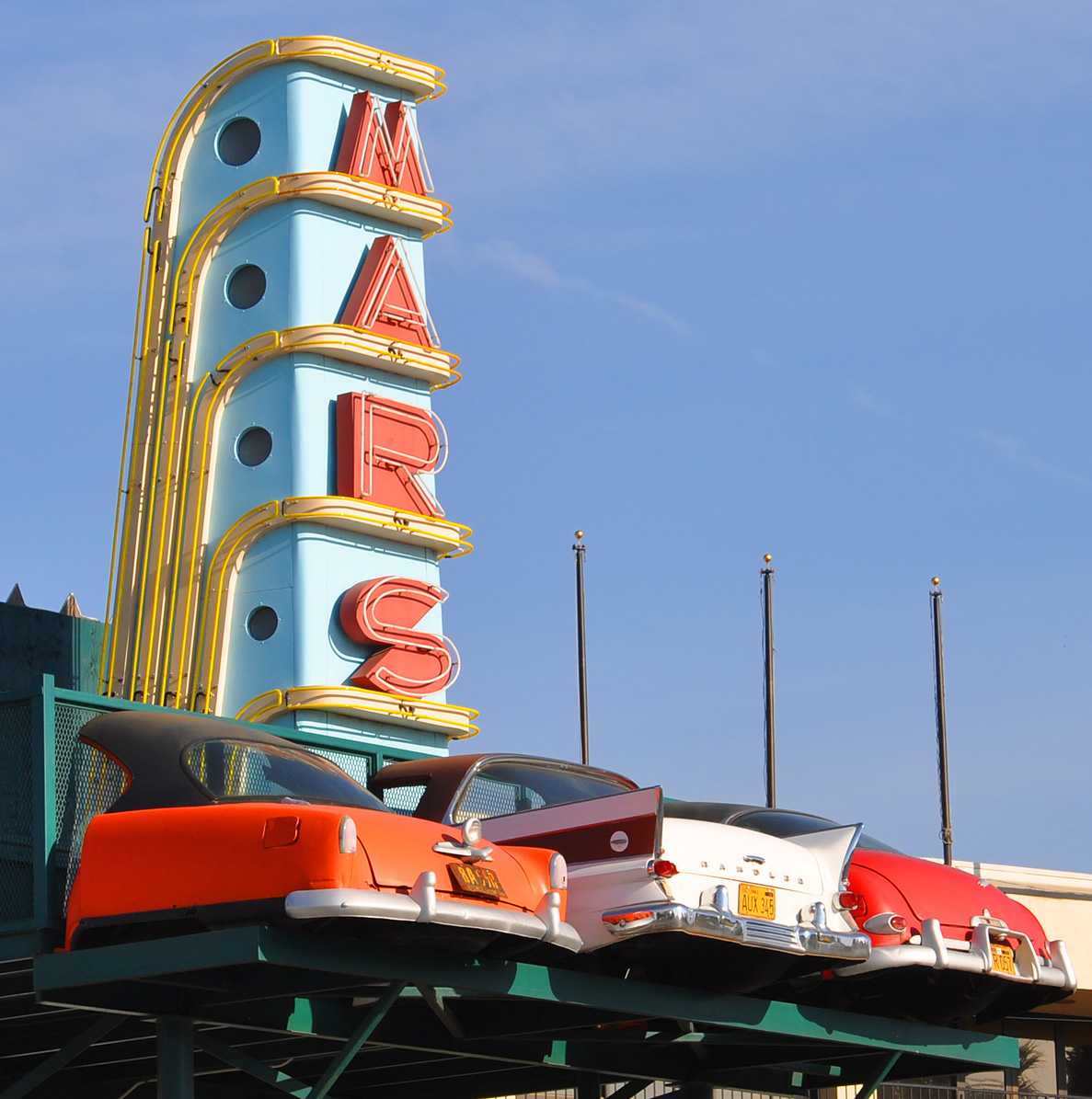 This one is also at the Big Fresno Fair.  I couldn’t find a thing about it but he’s awfully cute: 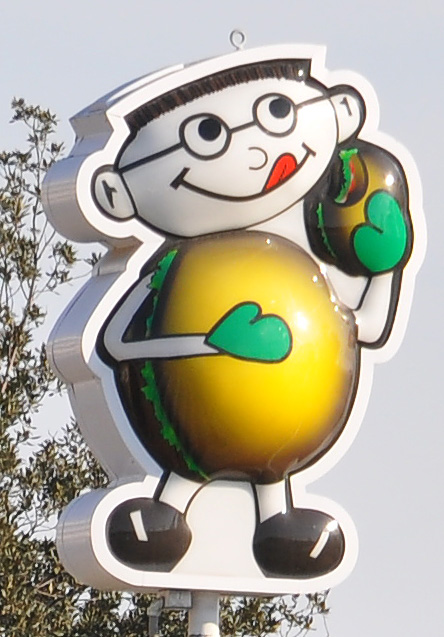 and the Asla Hotel sign which hangs above the freestanding letters: 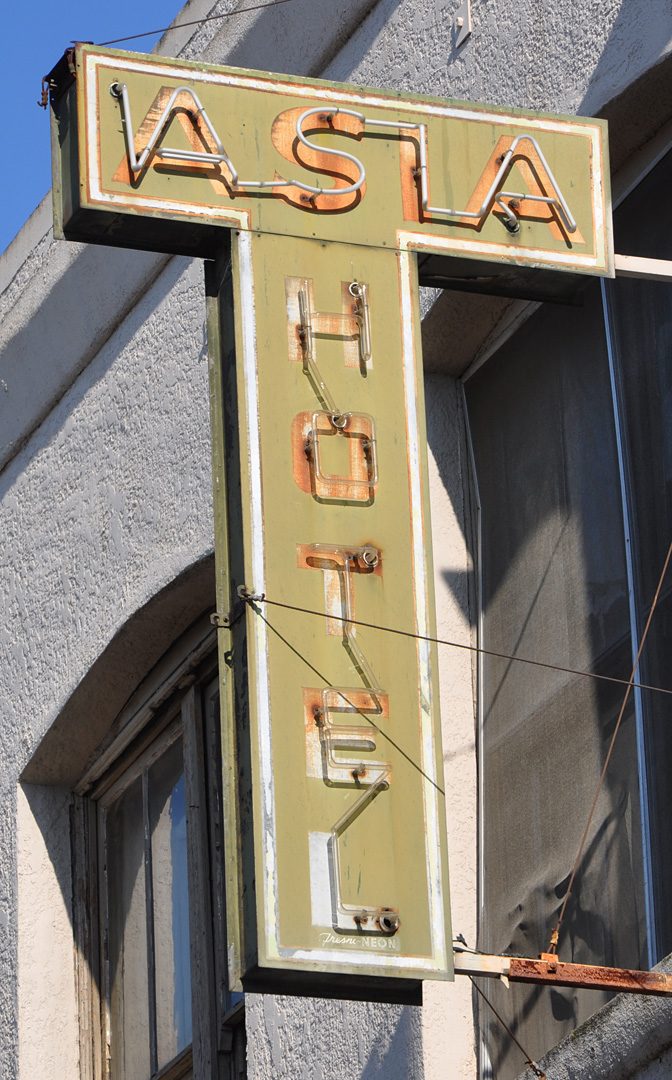 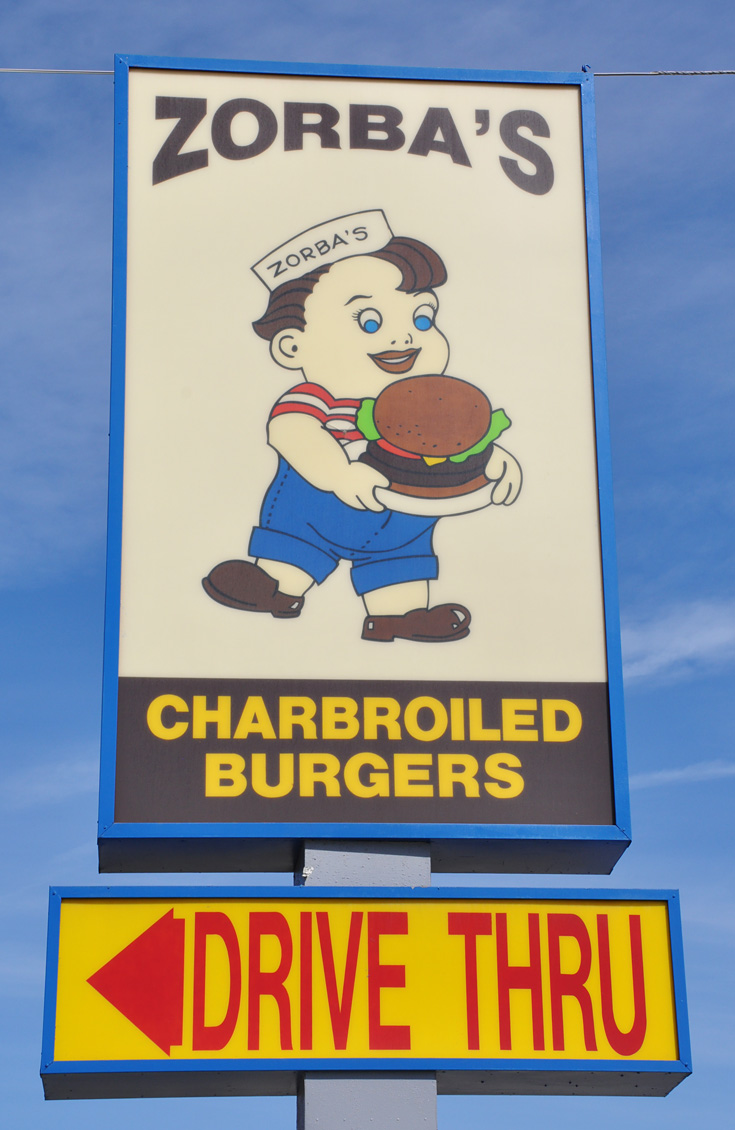 If he looks familiar, yes, he’s the same character that appears on this sign at the former Johnie’s Broiler (now Bob’s Big Boy) in Downey, CA.  (I believe the Oildale location was a Johnie’s Jr.) 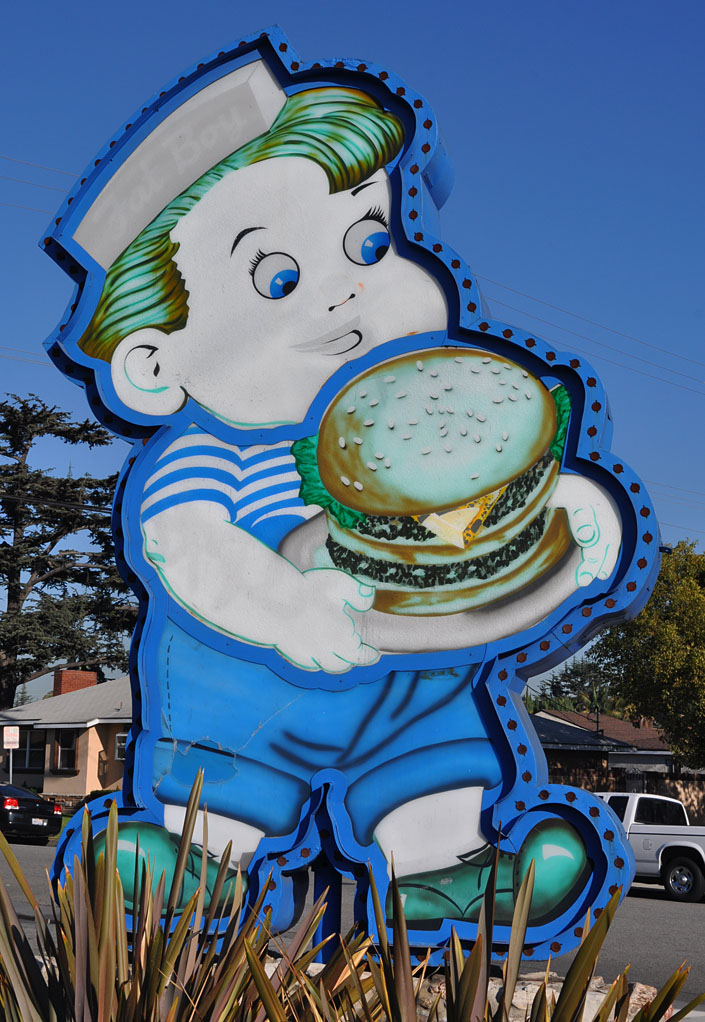 From Porterville.  Surely, that neon skeleton on top must have pulsated at night:

Another dealership sign — the one in Fresno.  I don’t know what the original name was:

A close-up of the sputnik on top.  More examples of these at my site here:
http://www.roadarch.com/sca/roto3.html 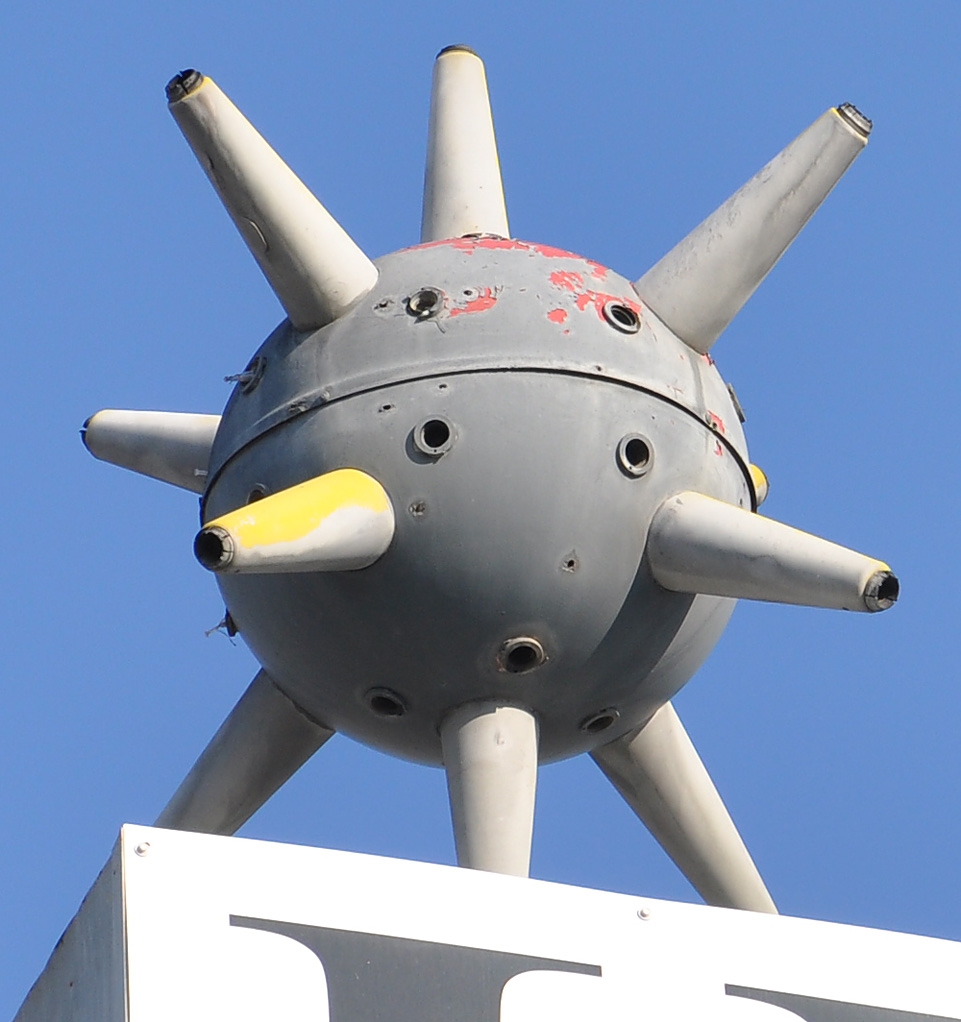 I thought I would have a better shot of this beauty in Sonora but just as I got into town, clouds blocked the sun.  Another time.  I hope it will be there the next time: 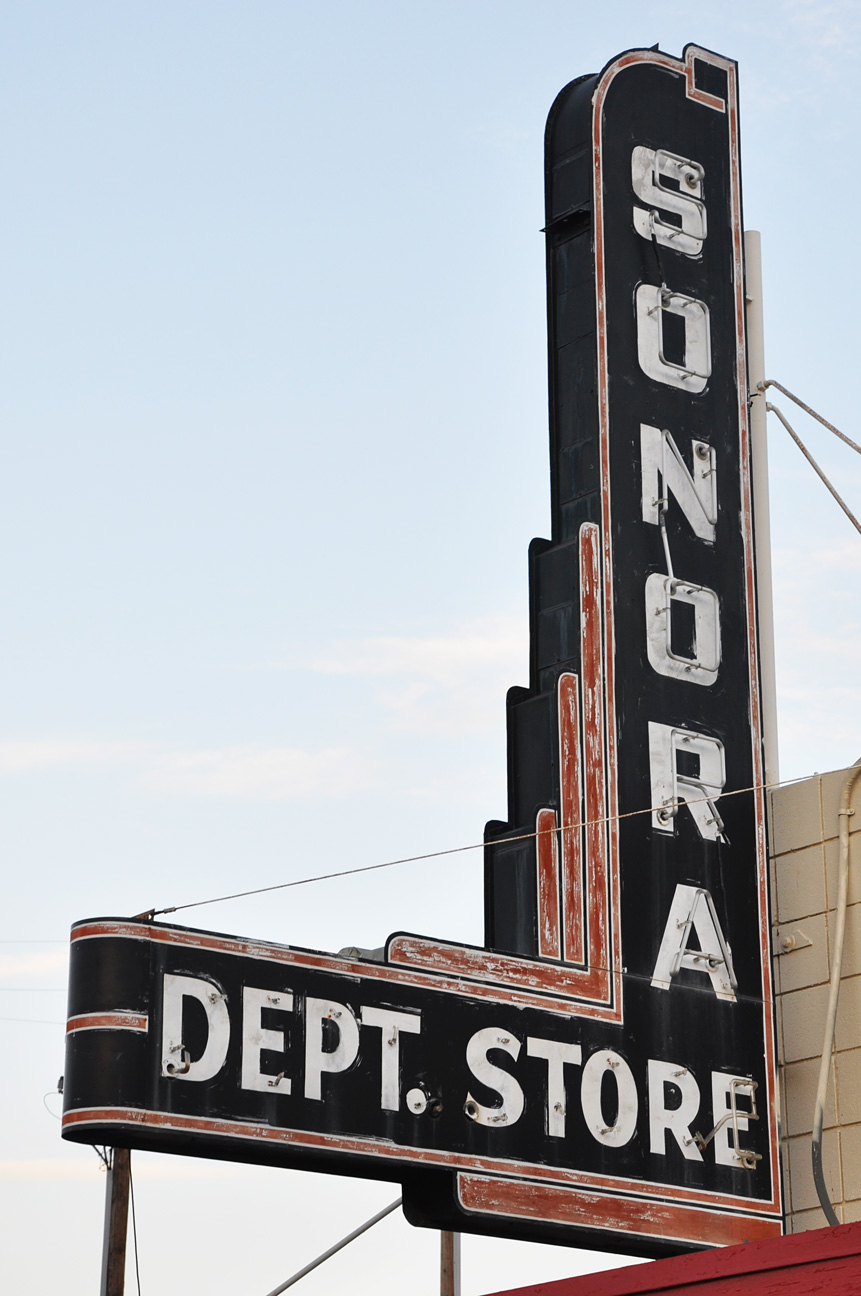 If you’re curious, I’m still doing my winter website updating — religiously going through all the map links to see what’s changed or gone.  I have just 3 sections left:  Giant Things, Theatres, and Mid-Century Modern.  All the other sections are as updated as I can make them.

In other news, one of the reasons that I’ve been pretty quiet and stayed close to home for the past five months… I’ve been working on a book.  I never wanted to do one and turned a couple of publishers down.  I’ve always felt my website was a far better creation than a book could ever be.  But an English publisher caught me in a generous mood and I gave in.  The book should be out in October.  This won’t be a coffee table book.  More like 9 1/2 x 6 inches, paperback, at an affordable $20 or so.  There are about 177 photo (175 different signs) from all over the country.  All of them still on display at the moment.  I’ll post more details later.  This is a rough draft of what the bookjacket will look like: 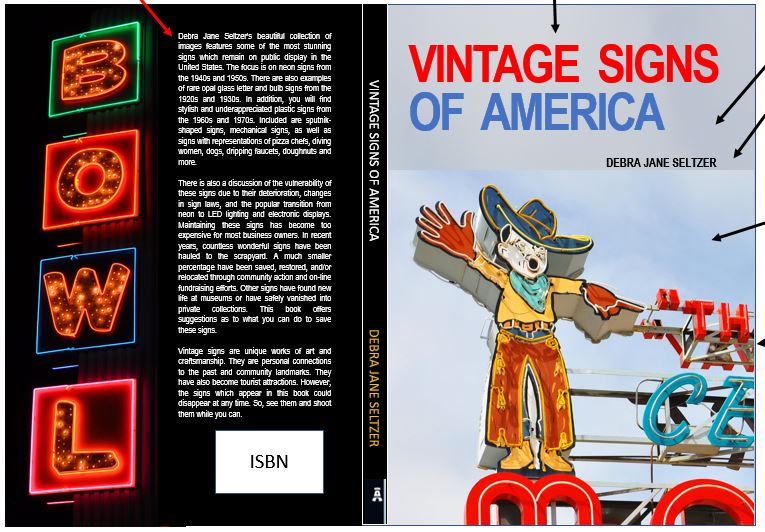 I’m turning in the photos & manuscript this week and will be back with some more roadtrips photos soon.  I’m also putting together plans for a 3-week June/July trip (Arizona, New Mexico & a wee bit of Texas).

More photos from these past two Saturdays over at Flickr:
https://www.flickr.com/photos/agilitynut/