Here are some things that I discovered while updating the Bus Station section at my website this week.  I’ll also include some other recent noteworthy events which I knew about but maybe you didn’t.

The Salinas, CA station’s neon signs were removed within the last year or so.  Unlikely that they were saved:

My photo from 2006 before the major restoration took place: 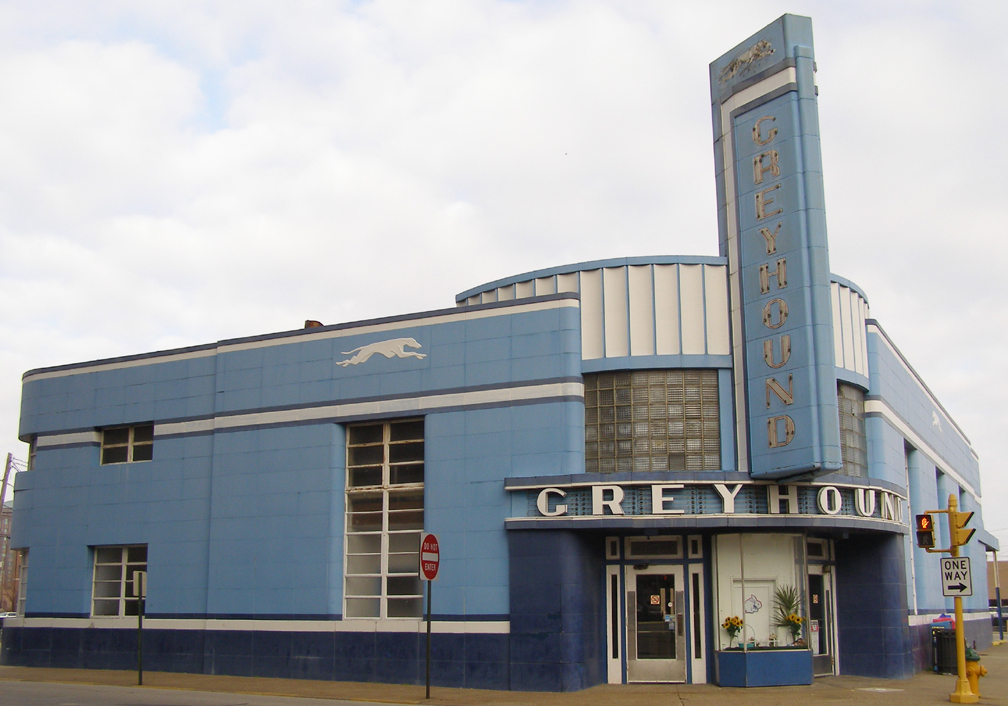 The Paducah, KY station closed in 2010 and I got this photo just before the sign was painted over: 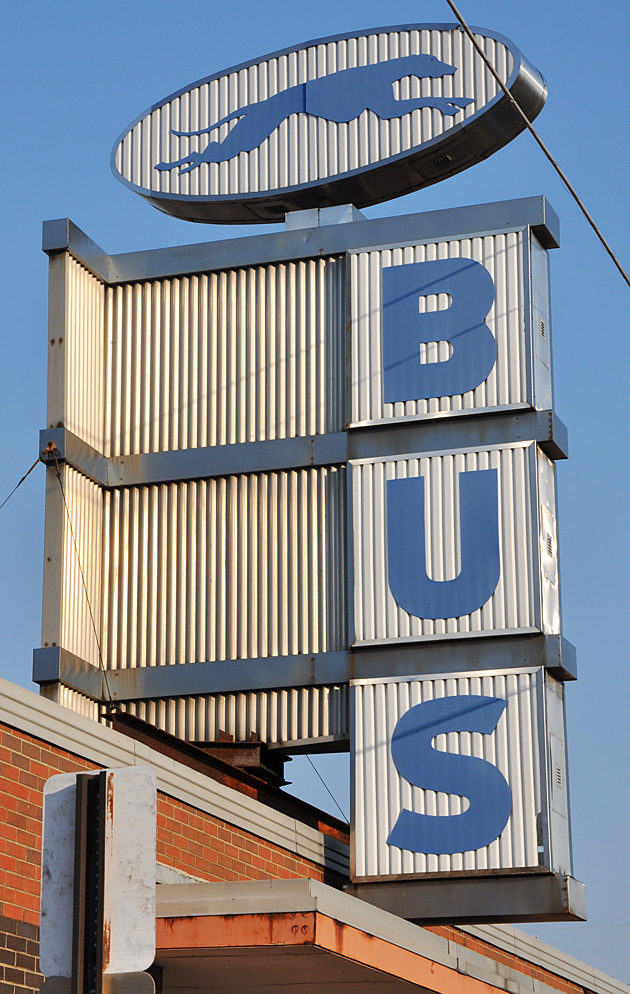 The Paducah Beer Werks opened in the building in 2015 with an adapted sign [photo by Michael B. at Yelp] 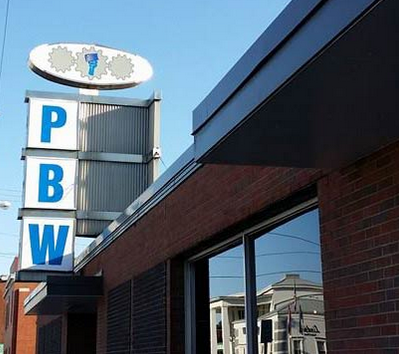 Last year, the building was renovated and the sign was adapted for the new occupant:  the Pub Station.  [photo from Google Street View]

This gorgeous Union Bus Station building in Oklahoma City was demolished earlier this year — my photo from 2011:

Supposedly some of the vitrolite glass tiles and the sign were saved and may reappear at some point.  Maybe.

The former Greyhound station in Dyersburg, TN got a new tenant last year.  Here’s one of my photos from 2007: 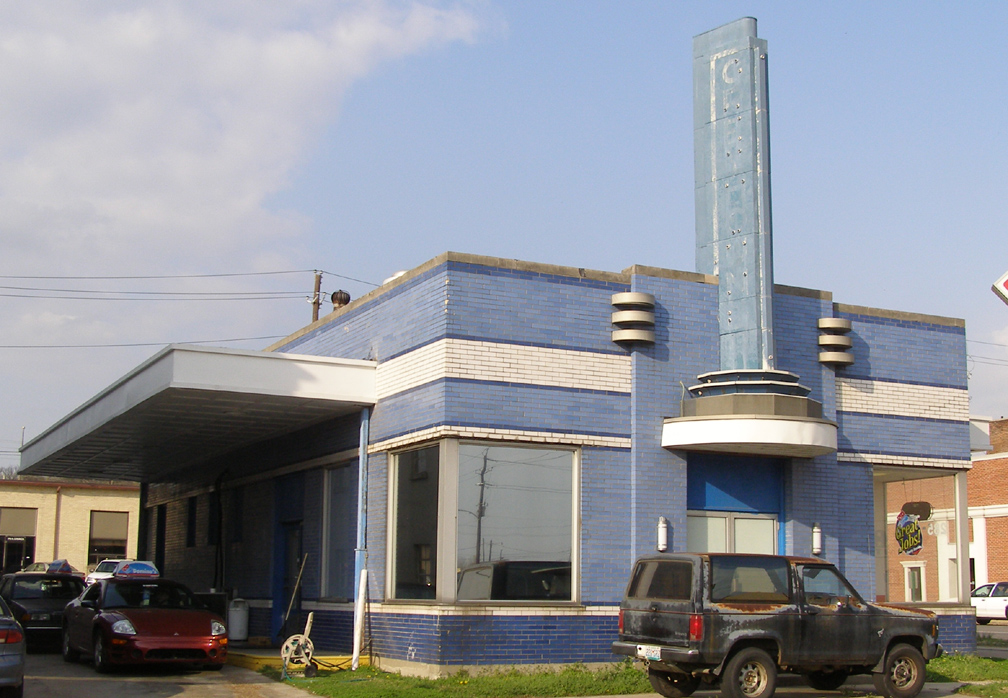 It housed a Domino’s Pizza for awhile after that.  And now it’s housing the Bus Stop restaurant [photo Google Street View]: 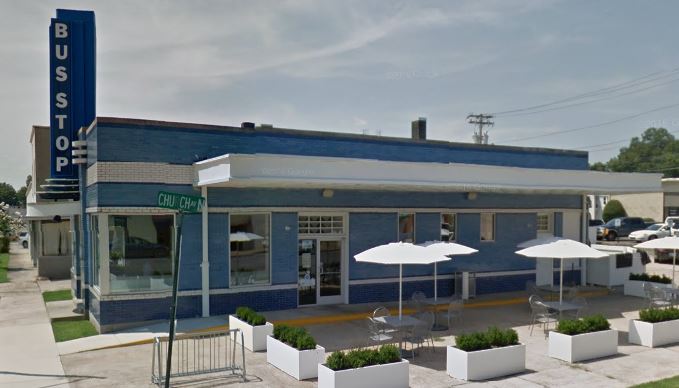 The former Tri-State Coach Bus Station in Big Stone Gap, VA got a paint job about a year or so ago.  Here’s how it looked in 2010: 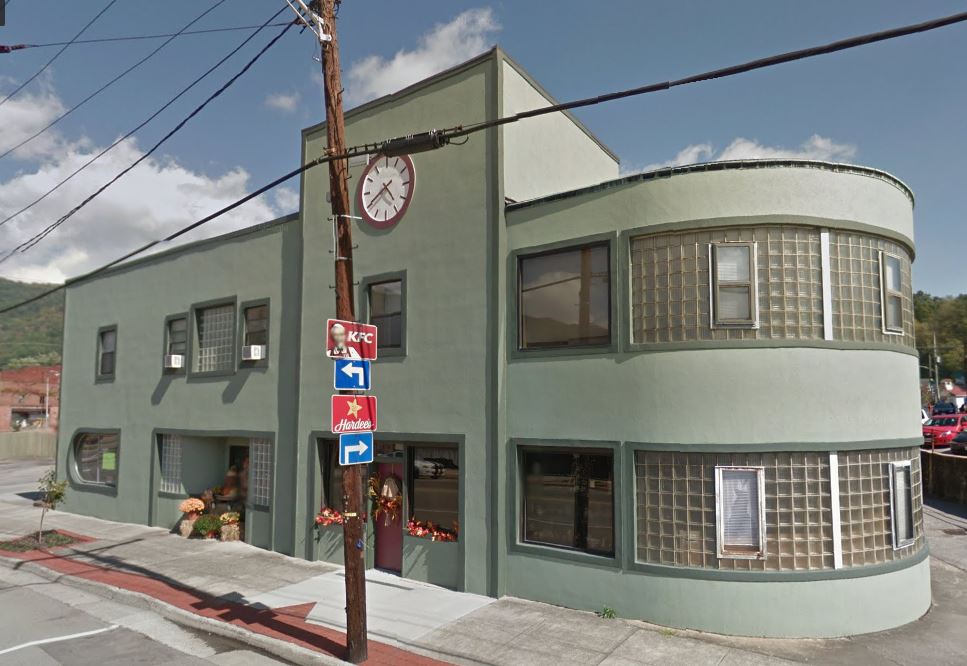 And, lastly, not such recent news since the restoration was completed in 2010 — but I think it merits including.  This station in Blytheville, AR closed around 2001.  The restoration work was extensive — here’s one of my photos from 2007: 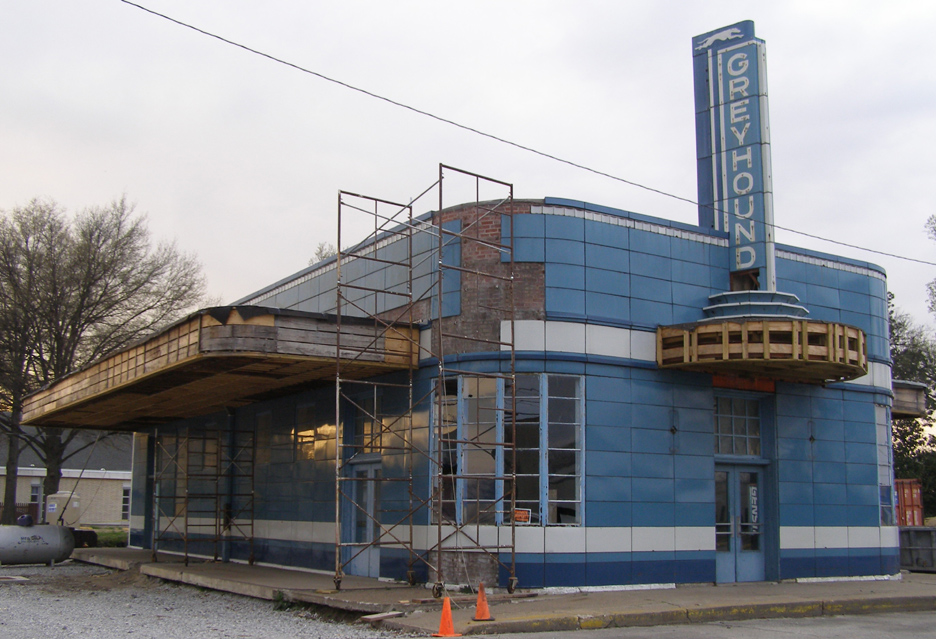 and here’s what the building looks like today as the tourist info center [credit Google Street View]: 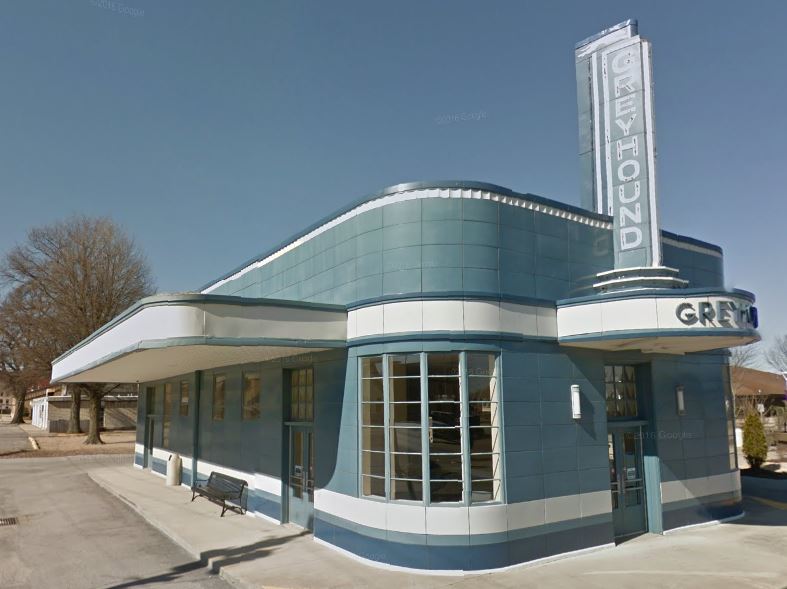 If you’re hungry for more Bus Stations, here’s that section at my website:
http://www.roadarch.com/bus/1.html