Last year, it was just before Spokane that I had all kinds of car trouble and ran out of time.  Misfiring which stumped mechanics in Kennewick and Portland.  It even took months for shops back home to figure out.  So, it was a personal triumph to finally get to Spokane on this trip which I hadn’t been to since 2008.  Loads of signs there but very few lit.  Let’s get to it:

The Boulevard Motel has three signs:

These two signs are at the Airway Express Inn:

There are lots of Bigfoot references in Washington & Oregon.  Mostly wood carvings.  I don’t know how old this sign is.  It’s been here since at least the 1980s:

A crunched and painted over sign stands next to a gardening place now.  The midsection of the black part must have revolved originally:

There are two White Elephant surplus stores:  one in Spokane and the other in Spokane Valley.  This sign hangs on the side of the Spokane building:

This side of the sign hasn’t had neon since at least 2007 but it’s the one that was in the sun, so…

One of my favorite signs on this trip.  I guess because it’s so simple and memorable — shaped like what they sell:  cement block:

This one’s in Spokane Valley.  It was built in the 1940s.  The neon was removed in 2013 and the sign was repainted these bright colors.  It was previously a faded blue and white.  The arrow was always yellow:

There are lots of trains repurposed as restaurants in Oregon and Washington.  This one in Spokane Valley houses Lalo’s Pizza:

This sign was previously painted red and yellow when it housed the Peking Garden Restaurant.  I believe the changes took place sometime after 2014:
https://www.flickr.com/photos/phydeaux460/3794594390/

Across the border for a bit into Idaho for a bit.  This sign is in Coeur d’Alene:

Let’s close out this post with three more signs from Spokane.  The other side of this sign simply reads “Engine” in broken neon and faded paint: 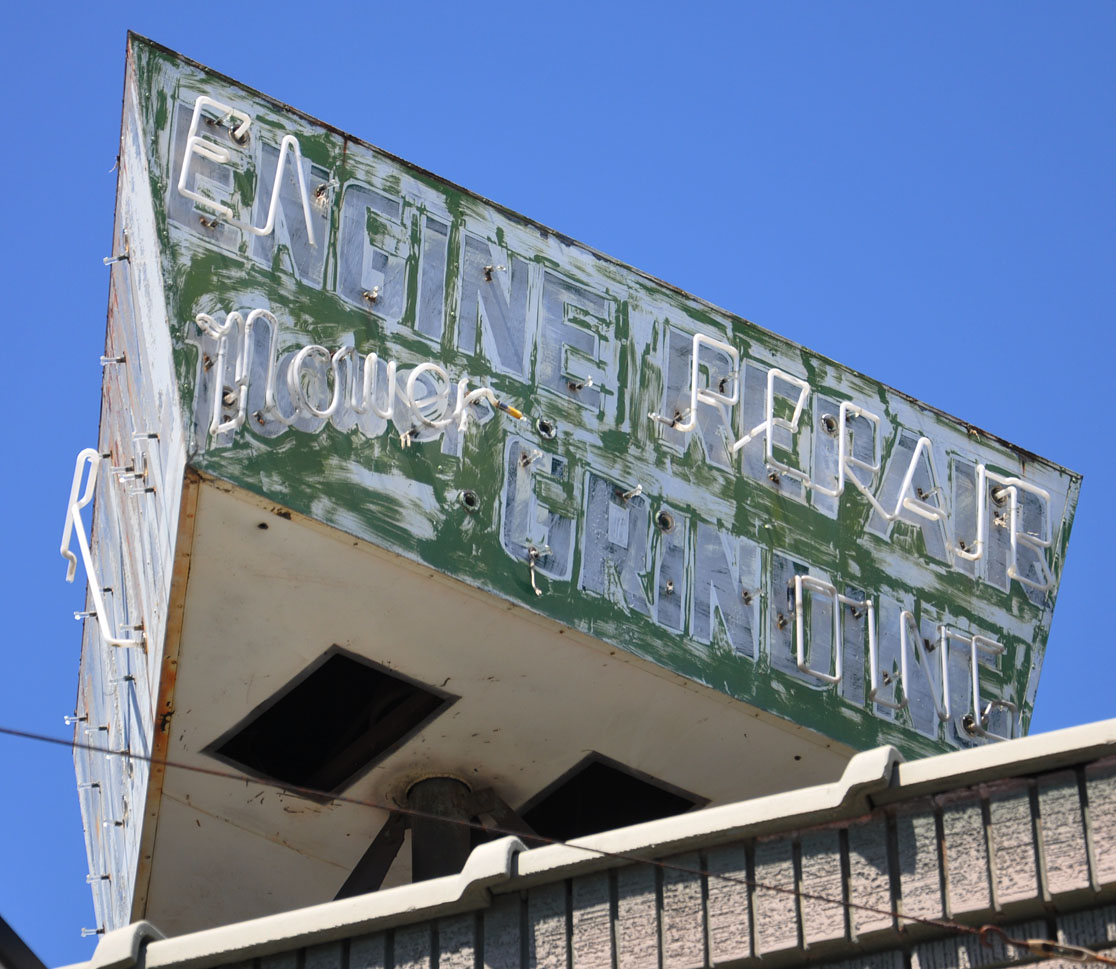 This one was repainted sometime after 2009:

Four more posts from this trip to go.  Maybe I can bang those out this week.  More likely, it’ll be next weekend.  In the meantime, don’t forget about all those other “better” photos waiting for you at my Flickr account from this trip:
https://www.flickr.com/photos/agilitynut/