Sparkle has been plagued with nearly continuous “ABS” and “check engine” light dash displays for the past three months.  After trips to various mechanics every week, I thought it might have been resolved.  But, no.  The “ABS” light came on after about five hours of driving on this trip and stayed on pretty much the entire time.  Sparkle runs perfectly fine but the light annoys the heck out of me.  I’m doing my best to get everything squared away as perfect as can be for the Oregon/Washington trip coming up in a couple of weeks.  But it might be time for the black tape.

Anyhow… Here are some Los Angeles & Orange County goodies.  Post #2 will be for the San Diego stuff.  Let’s start off with one of my fave dairy store chains.  The Alta Dena Dairy stores have cuter buildings but these Rockview Dairy stores deserve attention.  The barn-like buildings and 1960s(?) signs are a welcome sight in a land of modern Starbucks, Burger Kings, etc.  Their survival must be attributable to the fact that lazy Southern Californians don’t even have to get out of their cars to get their drinks & snacks. 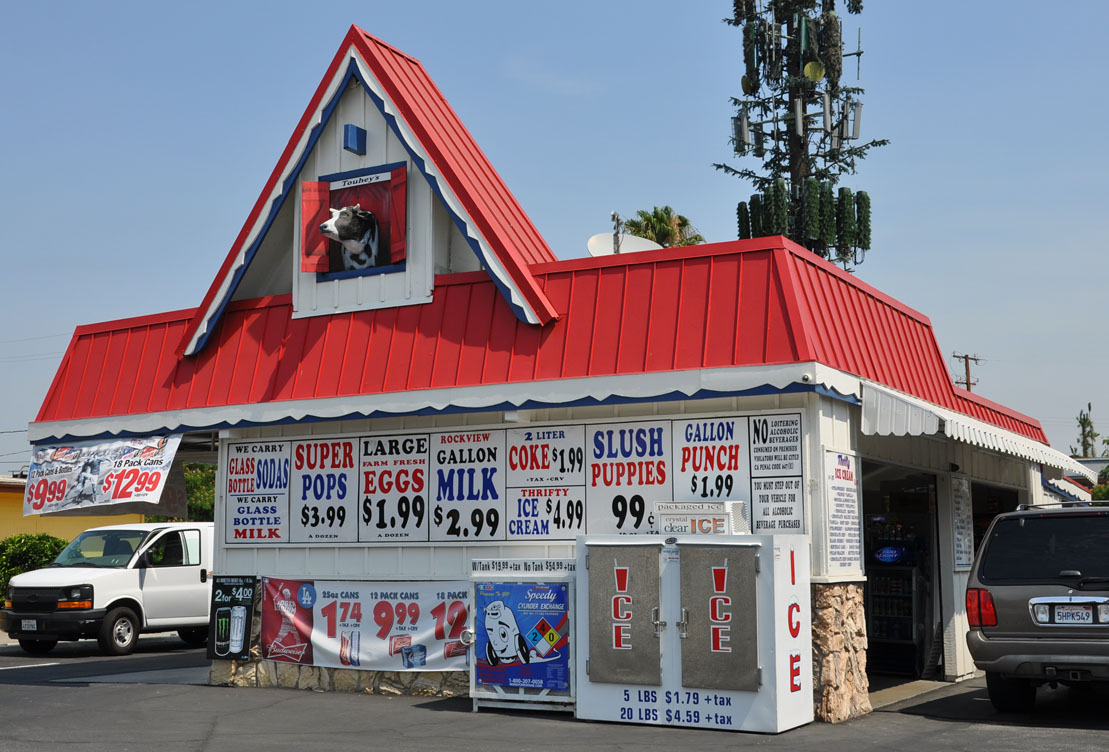 Here’s a close-up of the cow head with air brushed body: 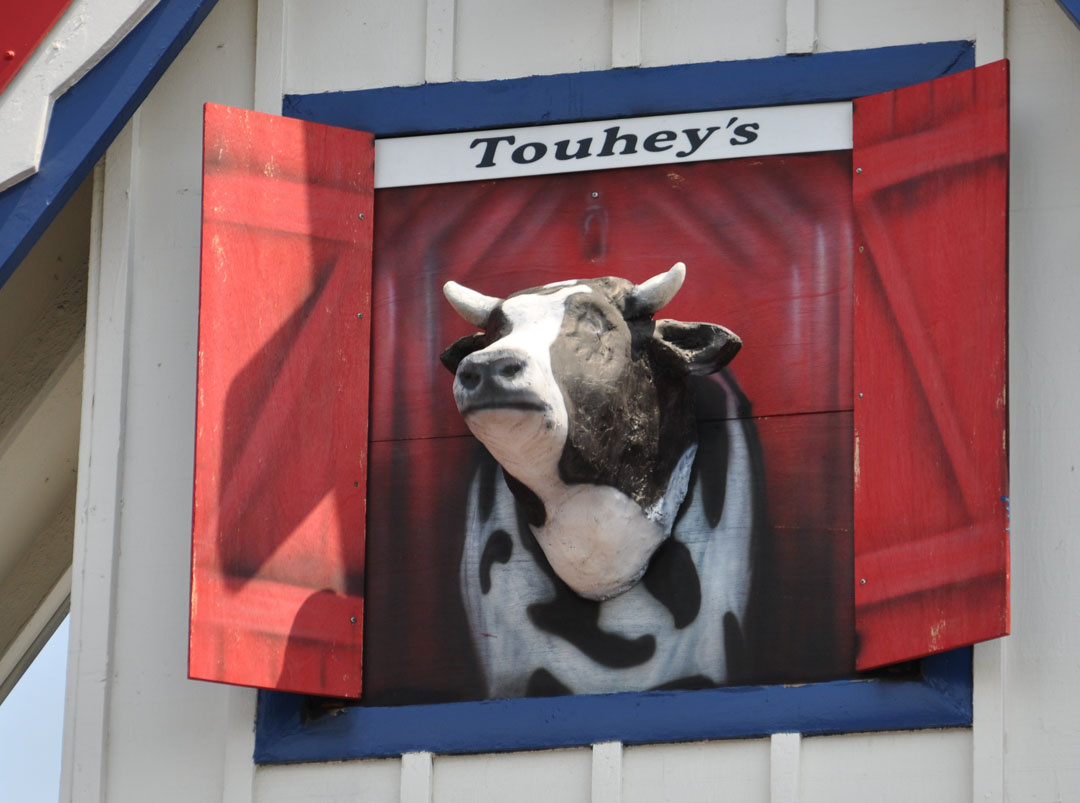 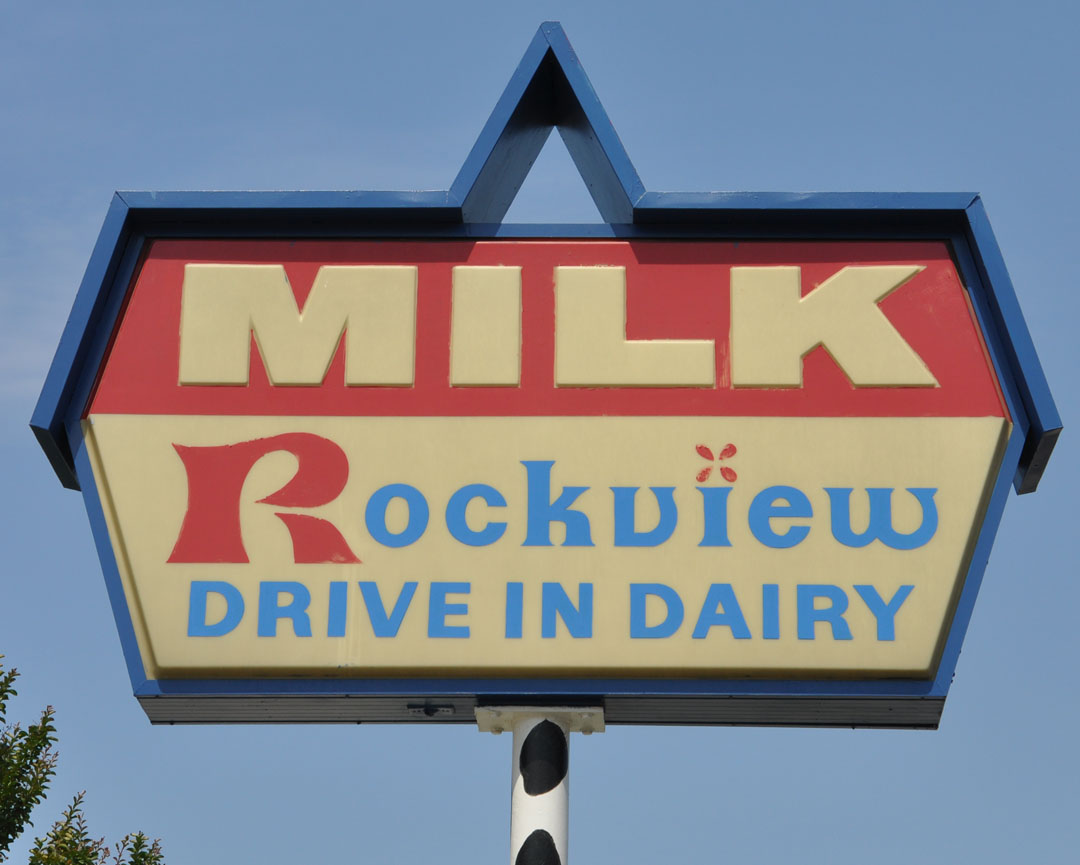 Here’s another location in Whittier with a different style barn building: 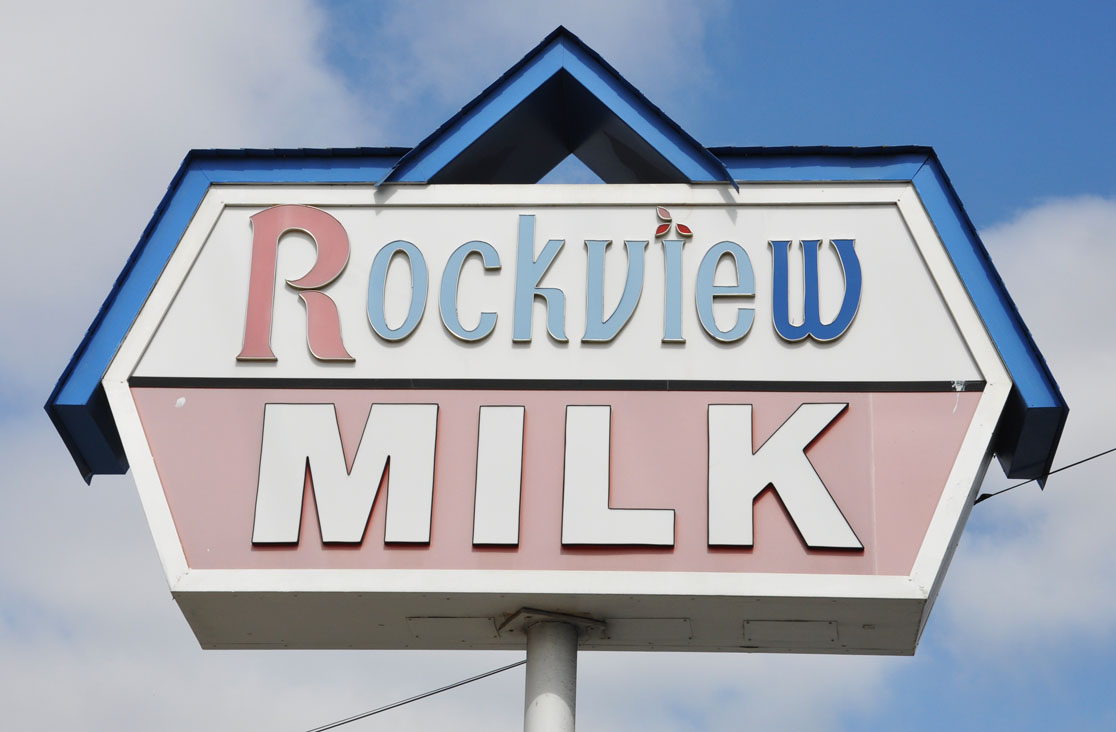 I’m told that the fiberglass cow is a recent addition: 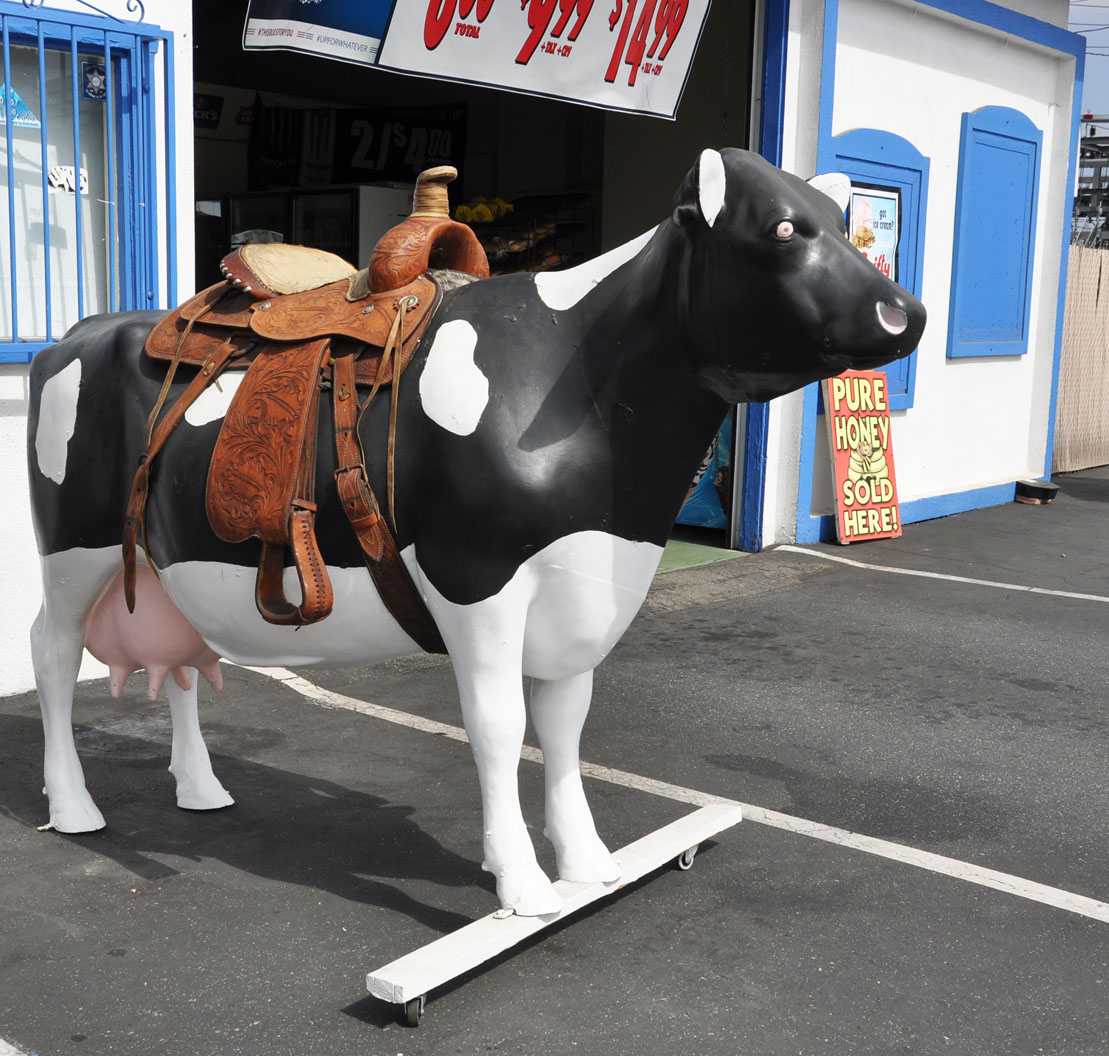 The Friendly Hills Bowl in Whittier opened in the 1950s.  It closed in 2015 and developers have promised to preserve the building and the sign for the retail complex that’s soon to come.  I’ve heard that the sign would be reworked (what, like “SHOP”?) but according to this article, it won’t change:
http://www.whittierdailynews.com/government-and-politics/20160204/whittiers-friendly-hills-bowling-alley-sign-comes-down

The sign has been removed temporarily.   Attached to the fabric-covered chain link fencing is a sign about a BevMo coming soon.  I guess bowling is passé.  Glass half full that the rocks & entrance are being preserved.  Here’s what the sign looked like yesterday:

Some better news — I was thrilled to see the Coffee Pot Building in Long Beach is being restored.  Here’s one of my photos from 2013: 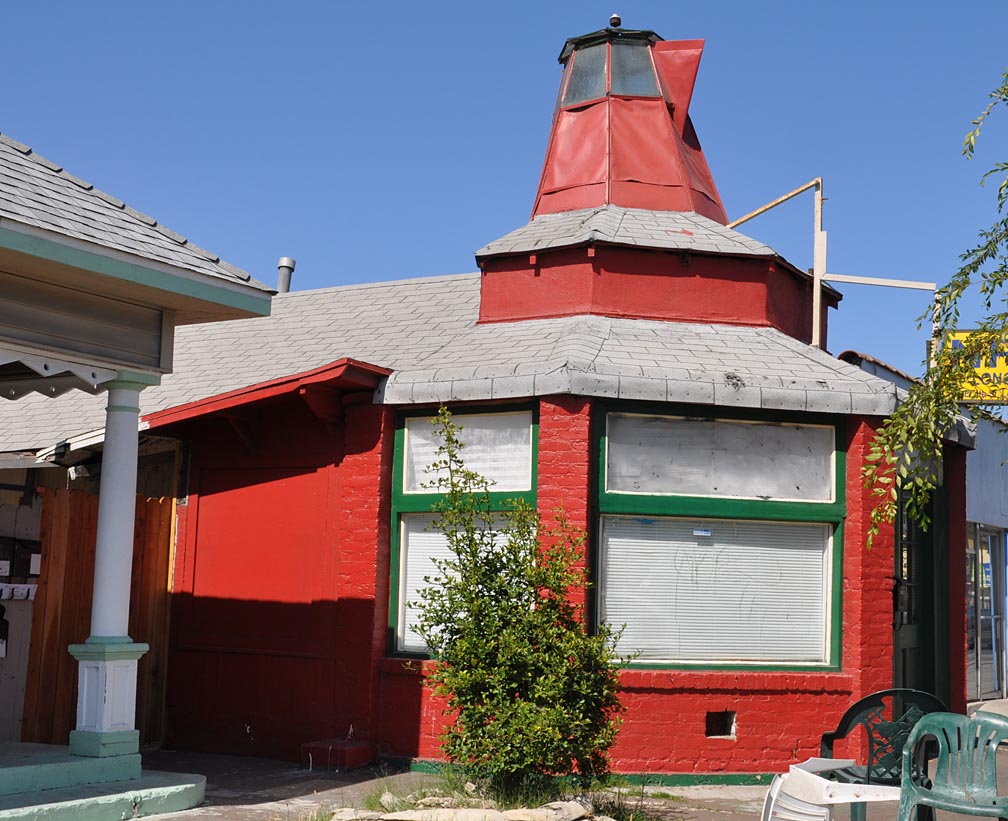 It was built in 1932 as the Hot Cha Cafe.  Restoration began last year and here’s what it looked like yesterday: 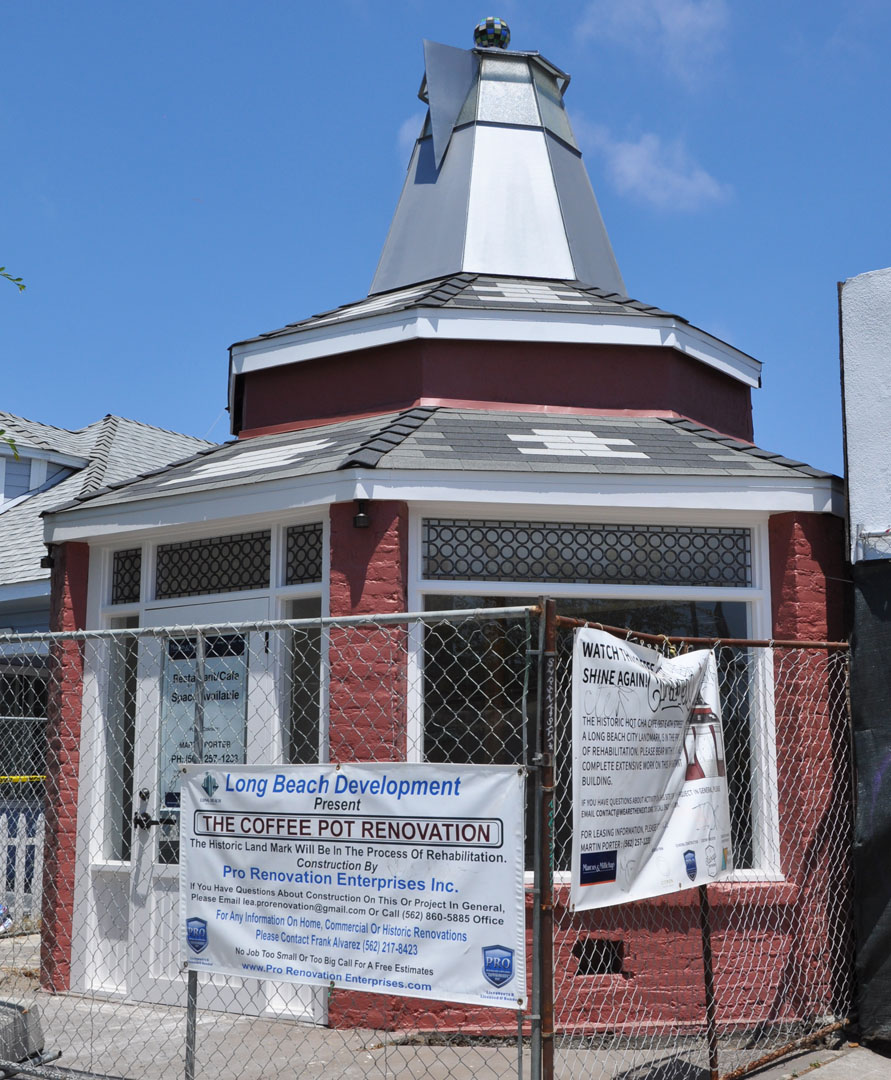 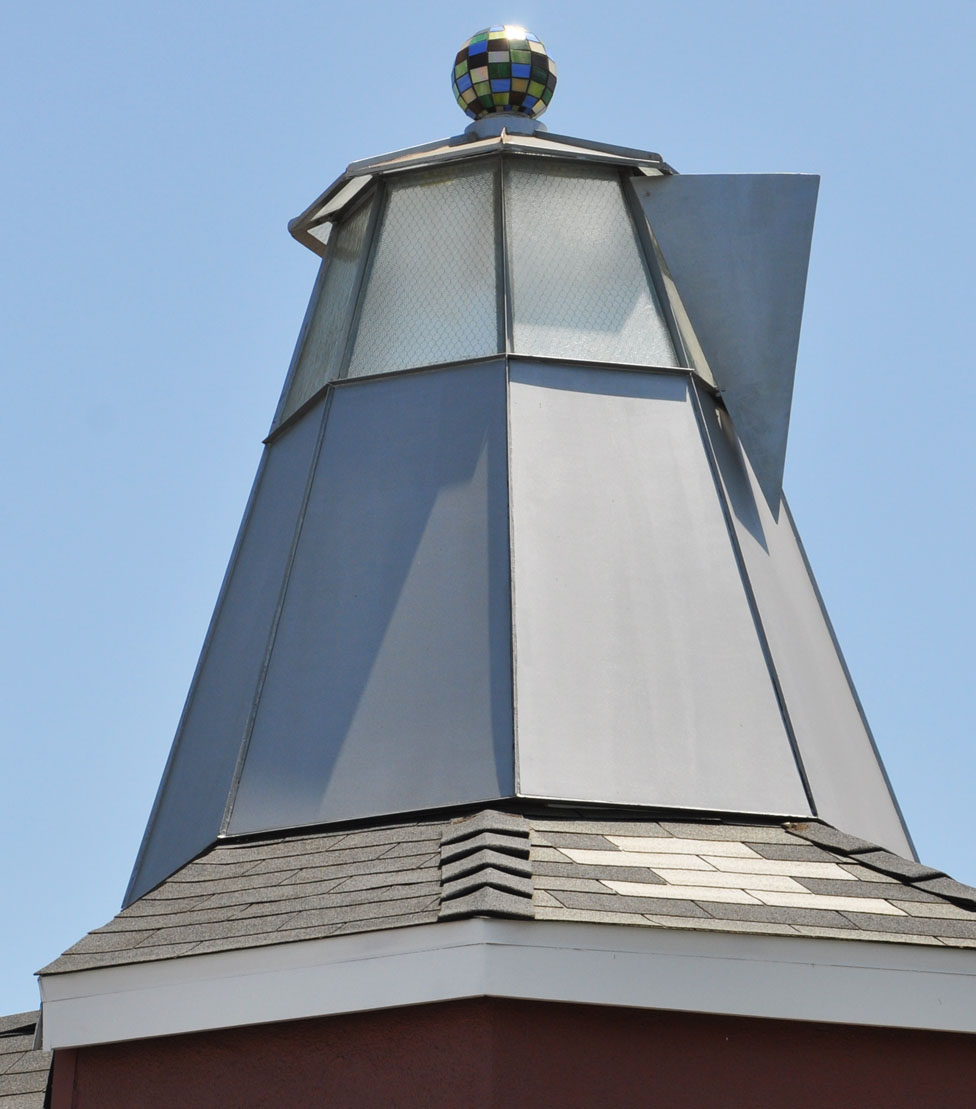 The Doughnut Hut in Burbank might have been a former Foster’s Freeze or some other burger stand.  I’ll have to do some building comparison later on: 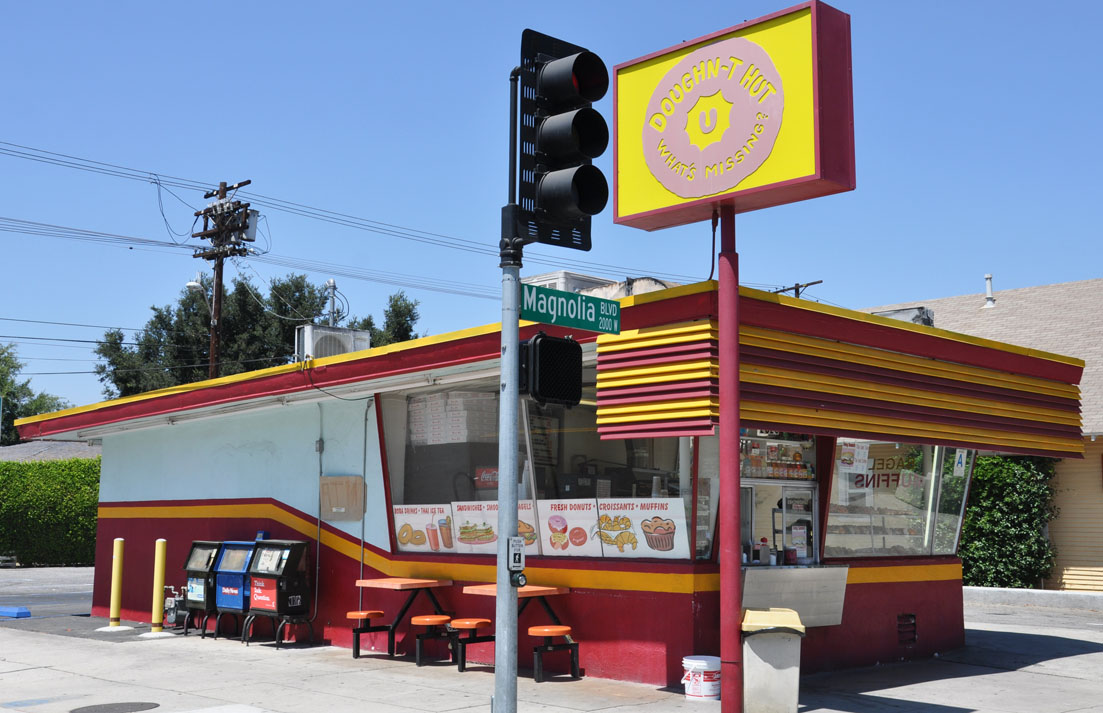 Signs!  I know that’s what you want.  How about the Jolly Jug Restaurant sign in El Monte?  A sign on the door says they’ve been there since 1947.  This sign’s gotta be 1960s though: 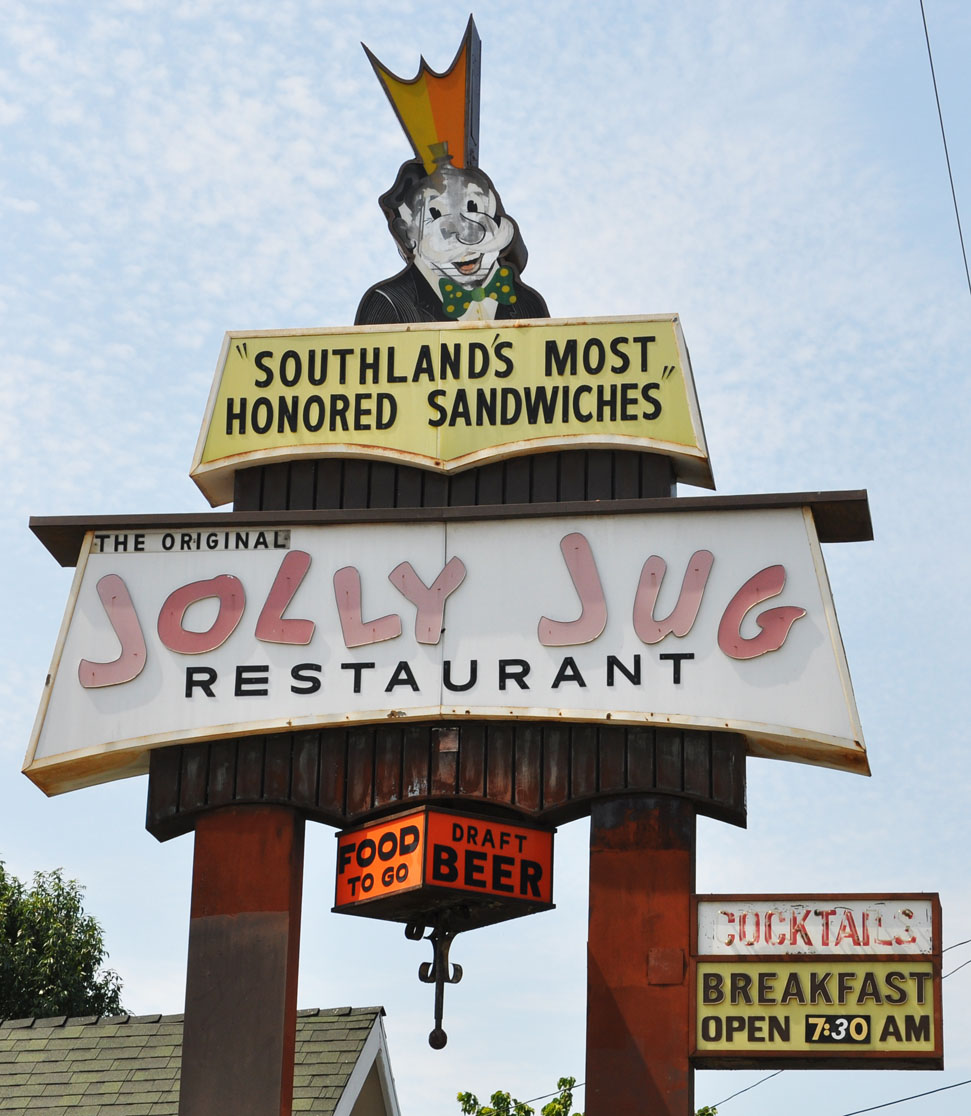 And a close-up of the kinda creepy jug-headed guy: 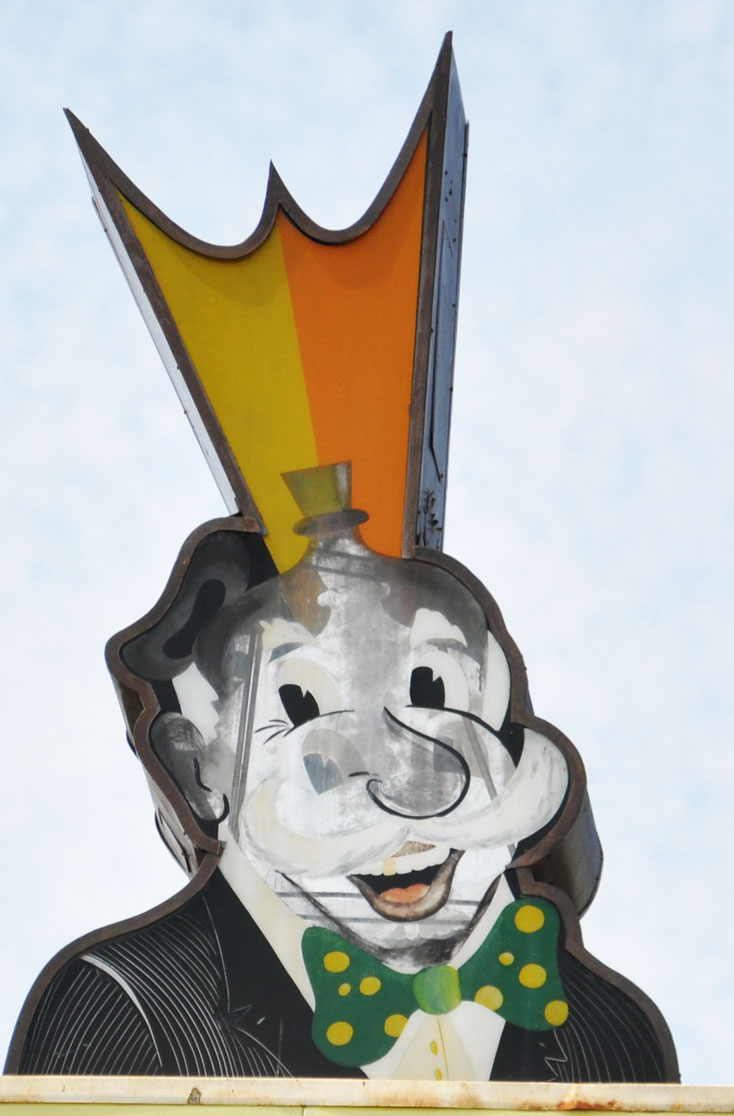 From Azusa — the black paint was a nice blue until earlier this year: 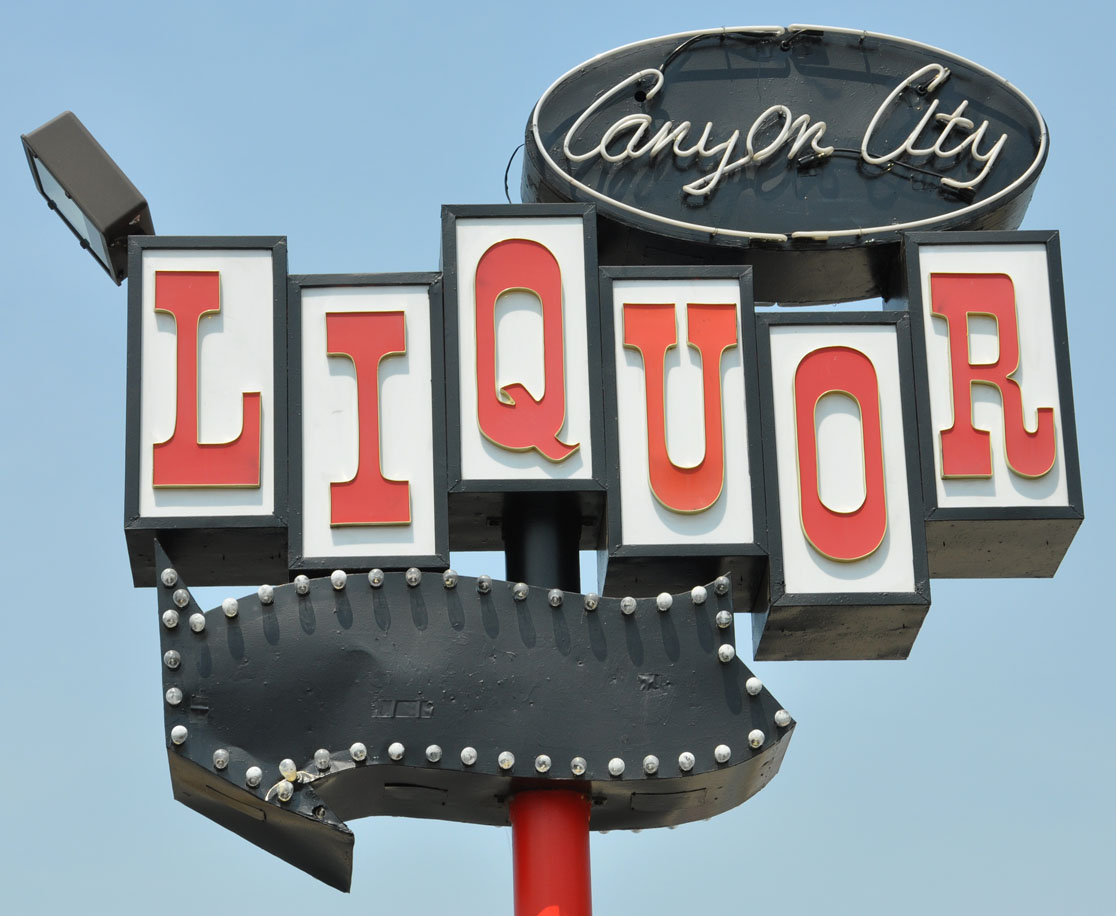 The Astro Motel in Culver City: 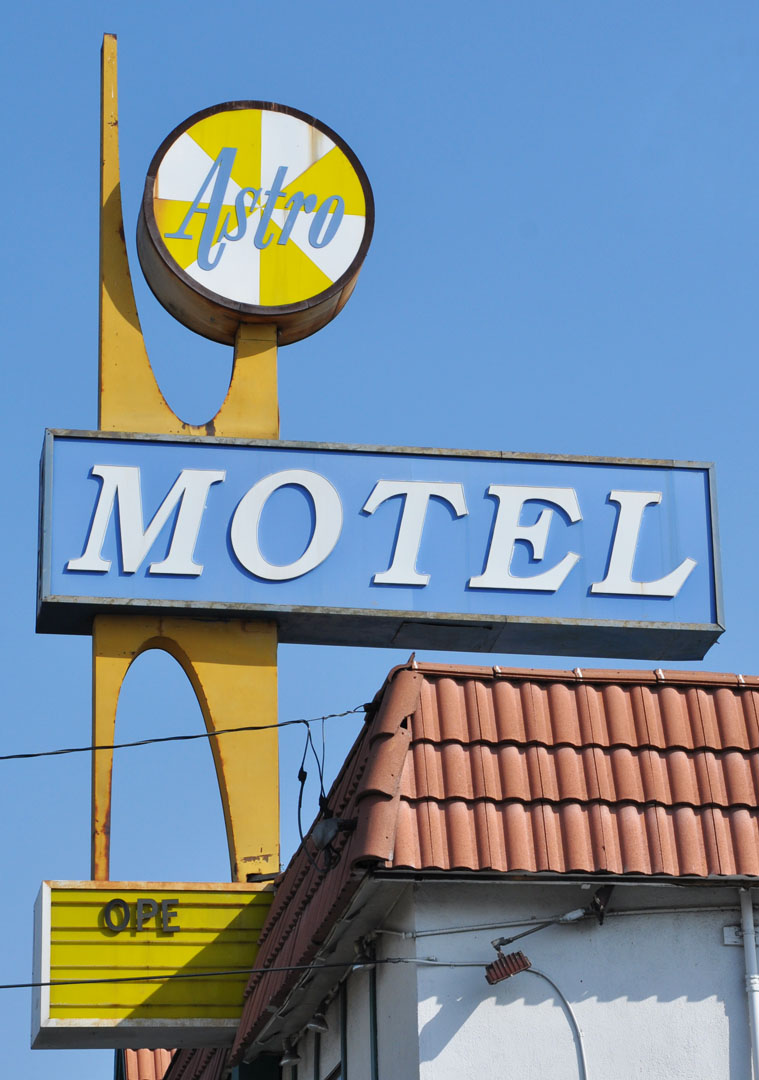 The Pike restaurant in Long Beach.  I can’t find vintage photos but I assume the sign had neon originally: 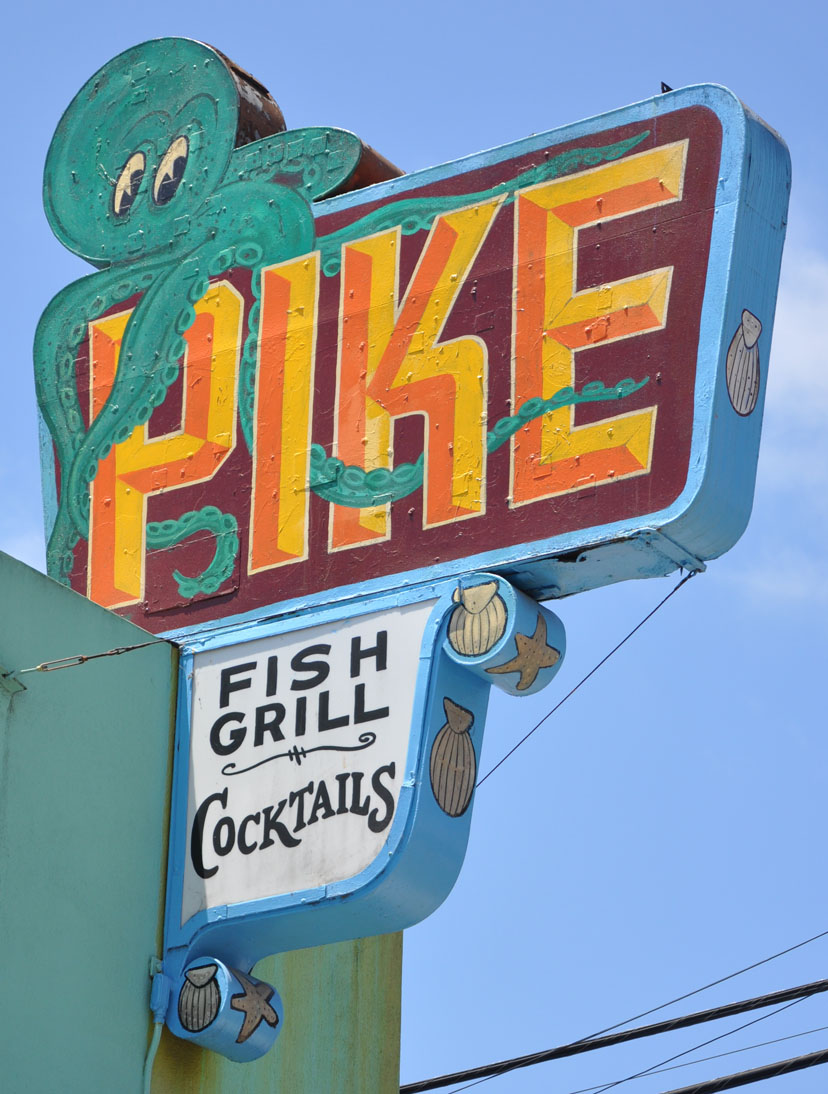 OK, let’s end with a couple of signs from Pasadena.  Allied Auto Supply did have neon inside the channel letters originally: 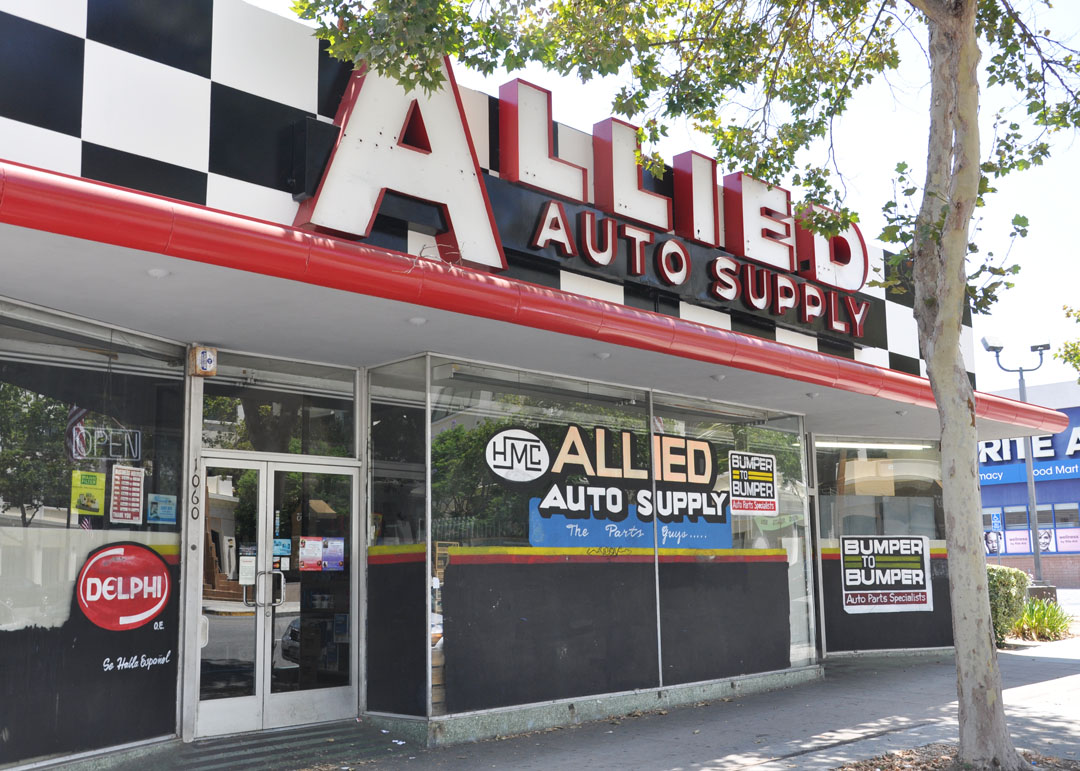 Yes, a STILL operating record store.  I love the script on this one: 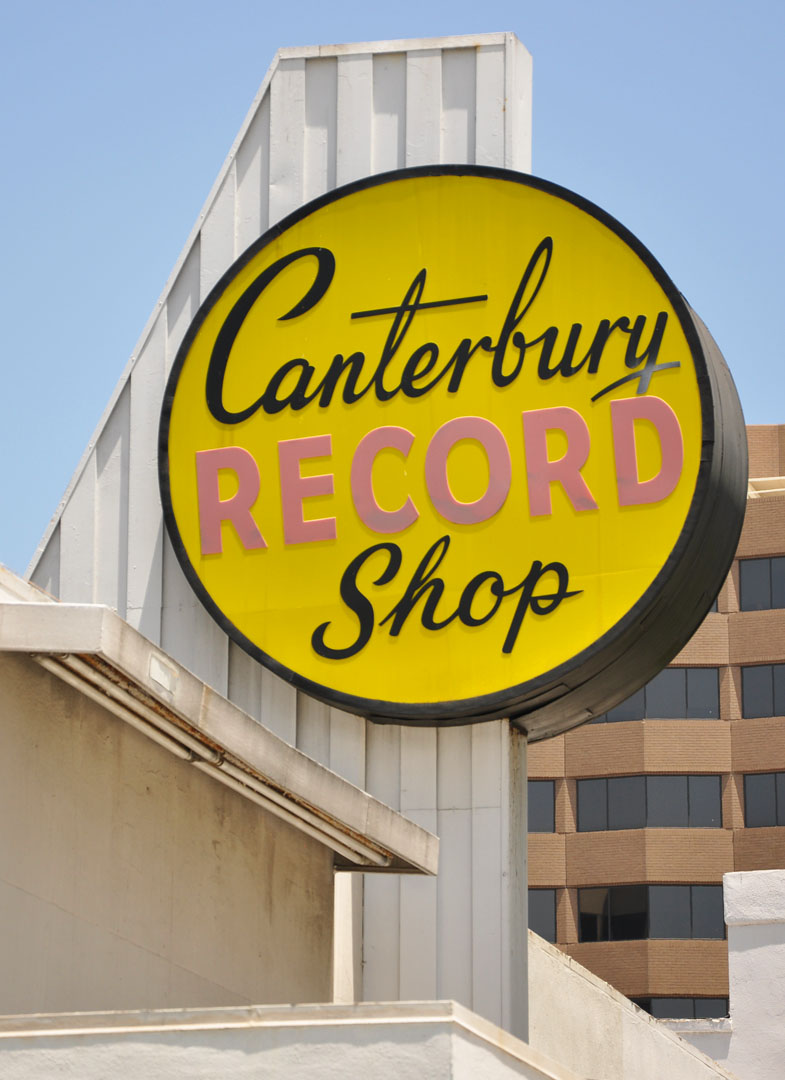 Part 2 with the San Diego stuff coming up later today.  In the meantime, you might want to see some other photos from this weekend which I’ve uploaded to Flickr:
https://www.flickr.com/photos/agilitynut/