OK — last batch from this Labor Day Weekend trip.  All the photos are from San Francisco.  Heavy on signs — because I know that’s why you’re here!  It’s about time I subjected you to some doggie pix — maybe on the next roadtrip. 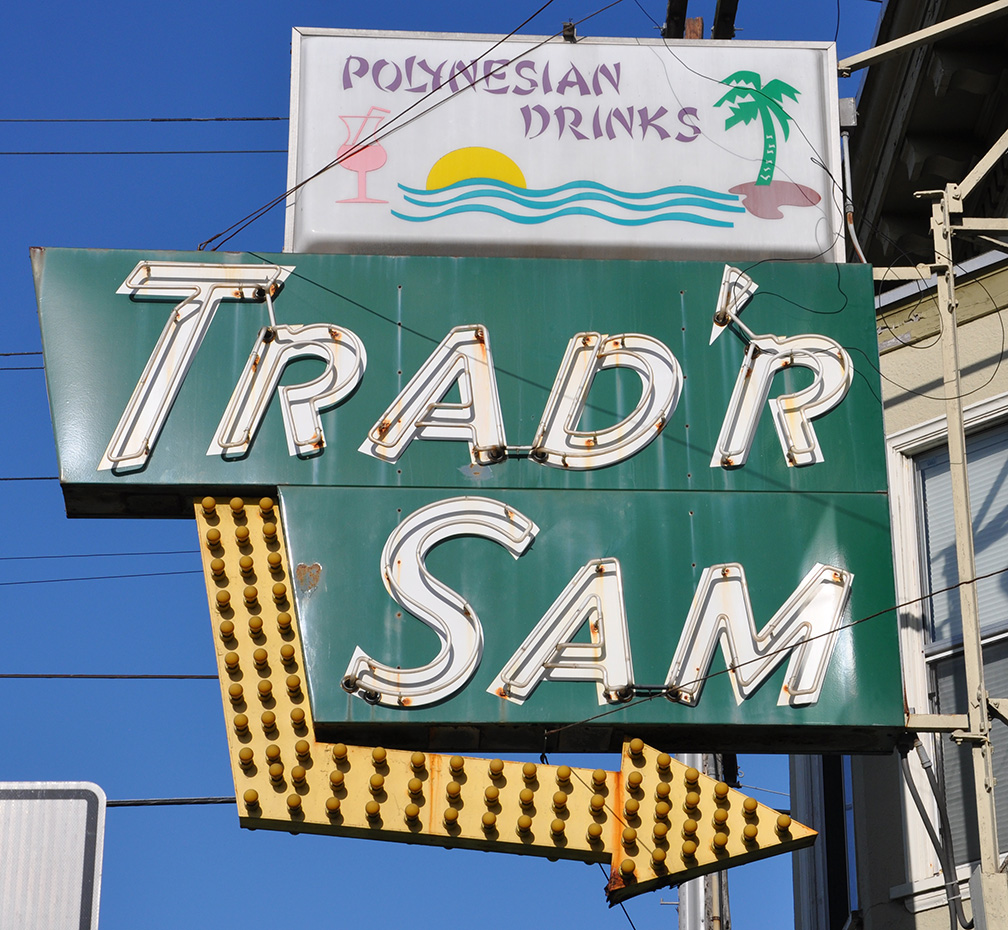 Another red one to go with the trio from my last post:

Nice to see this former Fotomat being repurposed.  I don’t see the planter detail at either end so I suspect just the booth & roof were transplanted here.  For comparison, this blog post shows lots of examples of these buildings which show the planters fore and aft:
http://lostlaurel.wordpress.com/2012/01/15/fotomat/

Here’s a nice oldie with a tin border.  The name is obviously missing from the top.  But I believe this has always been the Casa Loma Hotel.  The sign’s been cleaned up in recent years.  In 2007, it was looking pretty shabby:
https://www.flickr.com/photos/sean94110/363645582/

The Mayes Oyster House was established in 1867.  The sign has looked the same (except for all that steel crap around it) since at least 1953:
http://webbie1.sfpl.org/multimedia/sfphotos/AAB-2724.jpg

This peach colored paint is probably not original — but it still looks nice.  Those heels hanging on the wire give you a sense of scale (wink). 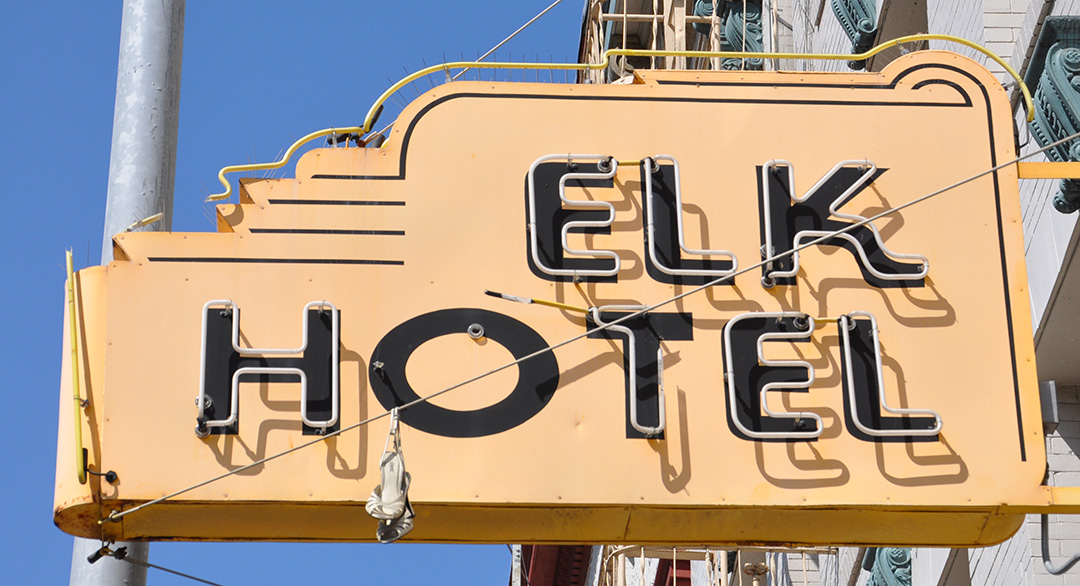 A trio of greatness packed in on the same corner.  I left some of those pretty windows in for scale.  Maybe 50 feet tall?

A break from all that neon — comedy & tragedy.  I don’t know if this building was ever a theatre:

Two more signs to close out this batch and trip:

I still have lots of San Francisco and East Bay (Oakland, Berkeley, etc.) to shoot on another trip.  I don’t know when that will be just yet.  I’ll be making an L.A. area trip in a couple of weeks — so I’ll be back with more goodies soon enough.

In the meantime, I’ve got loads of photos from this trip over at Flickr (different from the ones posted here):
https://www.flickr.com/photos/agilitynut/

And if you’ve got more time to kill, there’s always my website:
http://www.roadarch.com/