It seems I’m impossibly behind with the blog & Flickr.  But I will try to do a little catching up here and there.  If it rains or I get sucky weather, I’ll dig in at the computer to get out of this rut.  Tonight, I’m in Ogden — on the night of day 4.   Things are going very well and I should start the Idaho portion of the trip tomorrow.  But right now — let’s get back to the very recent past.

Let’s start out with this batch from Beaver: 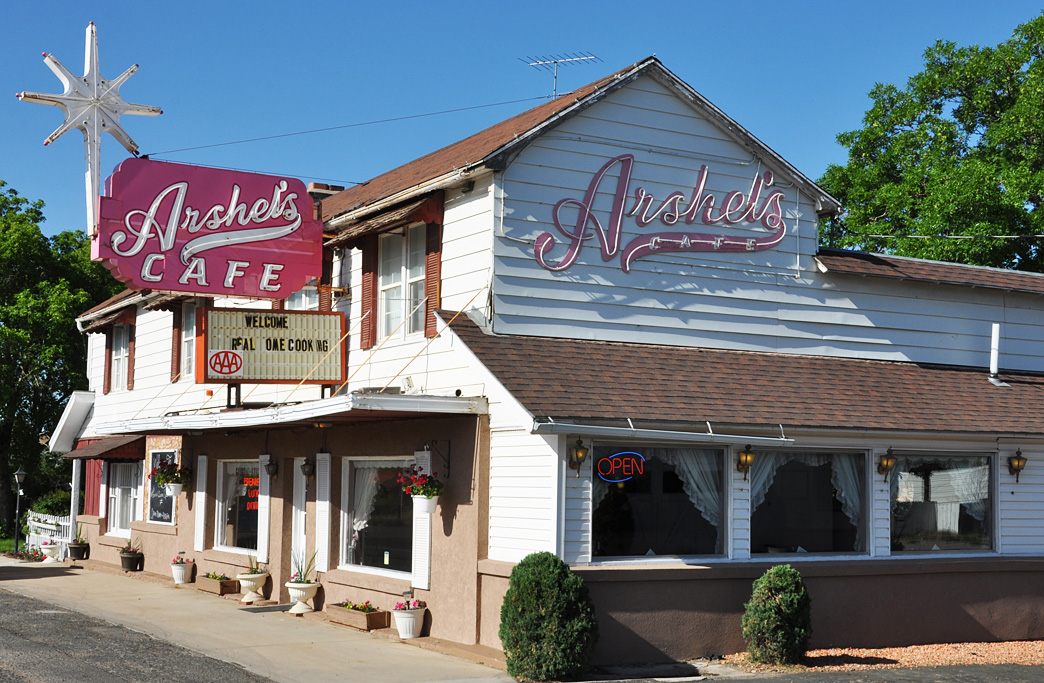 I’m thinking that star or snowflake was probably a later add-on — and who know what color the sign was originally:

Another one from Beaver — multi-media with multi details:  flag, fonts, plastic and neon: 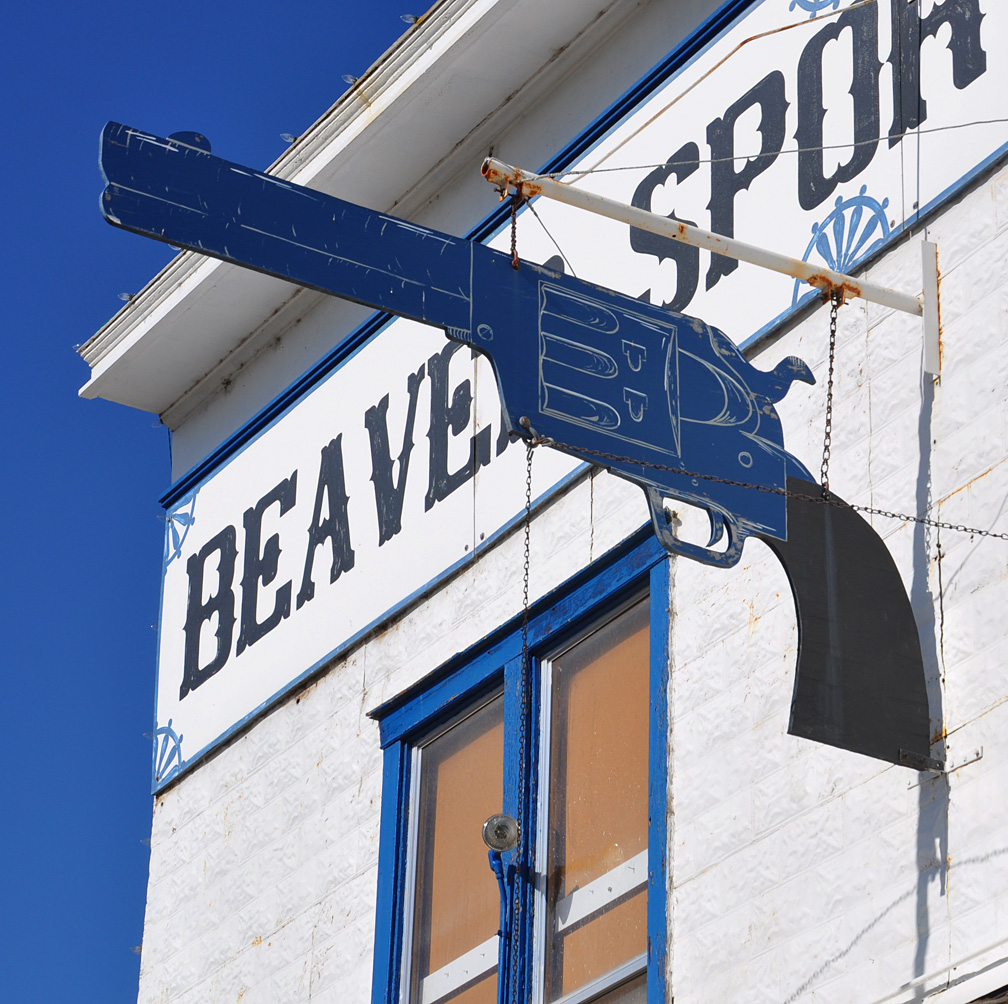 Like so many theatres in small town America, the Beaver Theatre has been closed for a while with ever-changing businesses in the wings:

Moving on to Milford:

Next door to the hotel: 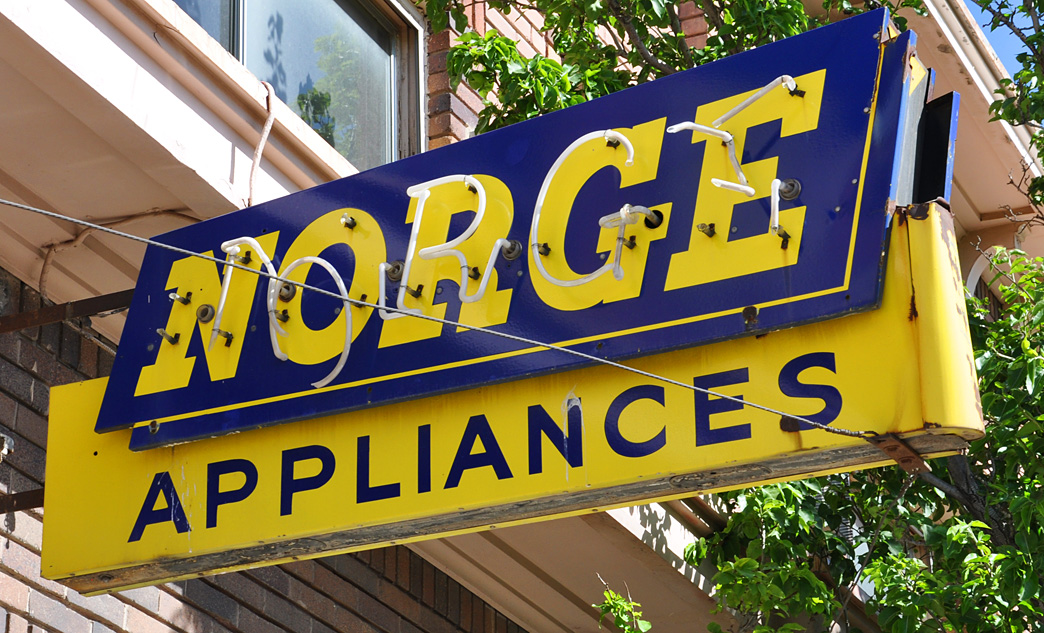 A really interesting faded double layer of paint.  It appears the green was first: 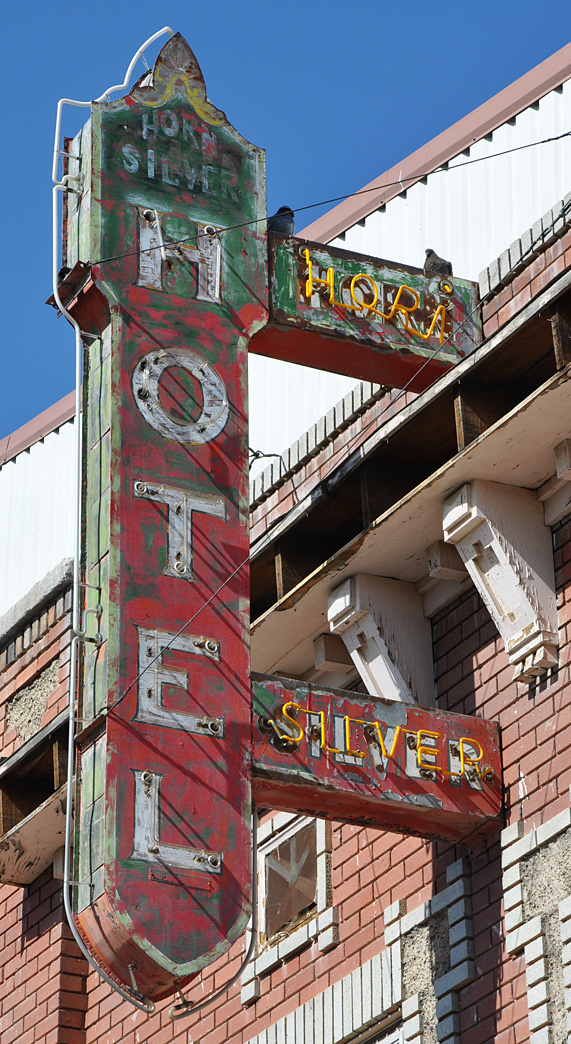 Some signs from Cedar City:

I’m betting the lights on top flashed — maybe even the bulbs around the sign panels as well:

There was neon and better graphics originally — but this is still cute, nevertheless.  The character was probably meant to be yawning and stretching but it looks more like he’s about to box with someone:

From Salina.  I actually bought two slices of pie — one for then and one for the next day.  But Nik got the chocolate cream and left me with the cherry pie.  Long story but a cop had parked behind me to complain that I wasn’t all the way over inside the white line.  I explained that I only was taking a photo but then on impulse, ran inside to get the pie.  Anyhow, the cop let me go after many long minutes on his cruiser radio — but I paid a heavy price!  Nik had chocolate all over his face so it was clear who the culprit was.  For a nearly blind dog, his sense of smell has been escalated.  He normally rides in the very back of the van — but he’s been up front most of the day now waiting for me to screw up again. 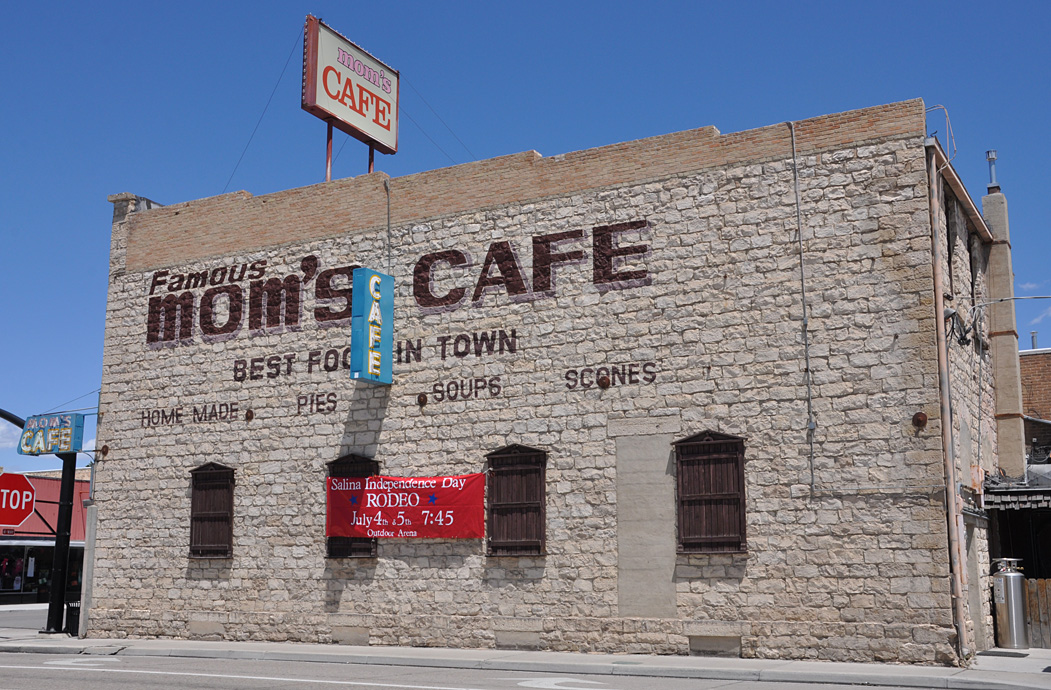 From Mount Pleasant.  I assume this is “real” (vintage not reconstructed or fantasy) — way up high on the top of a building:

A trifecta from downtown Helper: 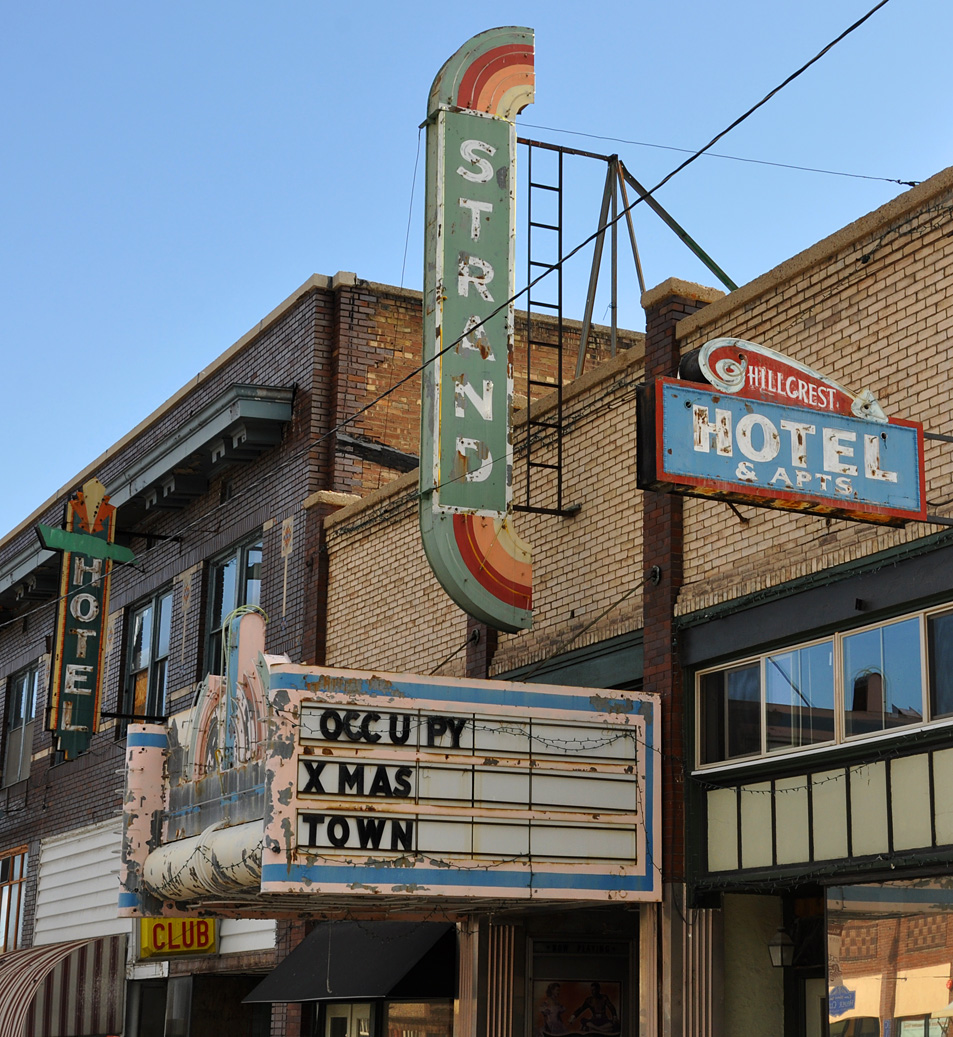 Another corner in Helper:

A strange mix of tile and cinderblock:

From Price — a cheap overlay on the face of the silver dollar has mostly peeled away:

Last one for the night — the Commercial Club from Duchesne.  The bottom reads “Sportsman’s Hdqtrs”:

After Duchesne, it was a long, long mountainous drive back to civilization (Richfield for the night).  I think I answered a few emails and cropped a few photos before passing out.

I’ll try to get another post out tomorrow night.
Take care,