OK — time for some of Sunday’s photos.  Although Sparkle’s been running flawlessly lately, tonight as I was a mile from home she started sputtering with the check engine light flashing.  The mechanic thinks it’s a misfire thing.  Maybe a spark plug wire or some such.  So the dogs and I are crammed into a rental car til whatever-it-is is fixed.  Could’ve happened on this trip.  Could’ve happened on my way home last night in the middle of nowhere. Or worst of all, on the three-day trip coming up.  So I guess it’s good timing.  Trying to find the silver lining in throwing a few hundred more bucks at my box on wheels.

From San Bernardino — A lot of U-Haul places around the country have those modern U-Haul trucks on the roof or revolving on poles.  I’ve never seen one with an antique moving truck before.  I think this one is too old to have been a U-Haul truck originally though.  U-Haul was established in 1945 (with trailers not trucks) and this looks older than that. 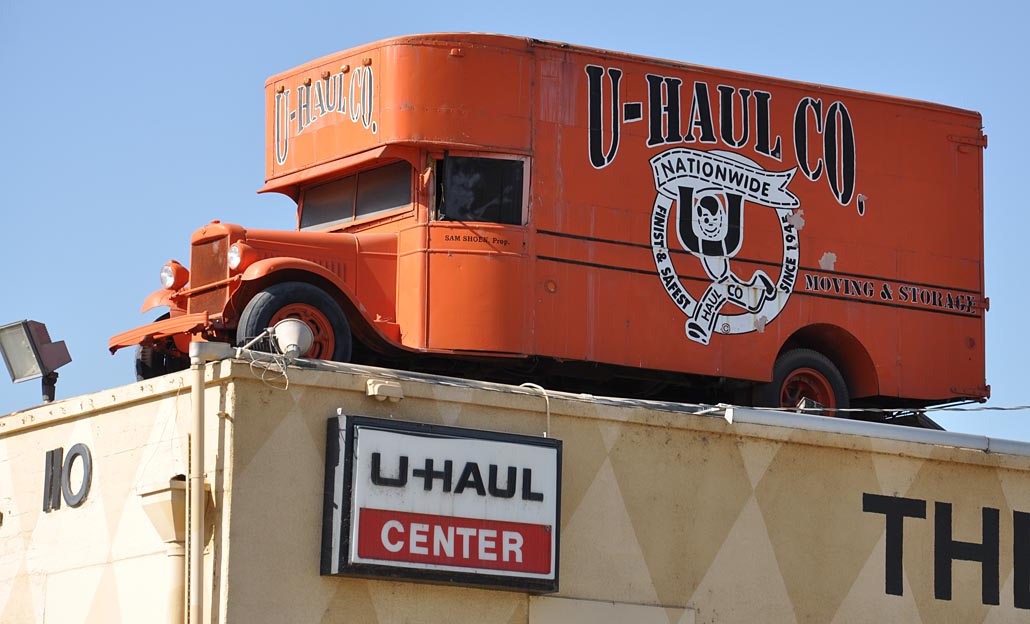 Also San Bernardino — a storybook house which I stumbled upon.  Challenging sun right behind it so the colors are washed out.  I especially love all the shutters: 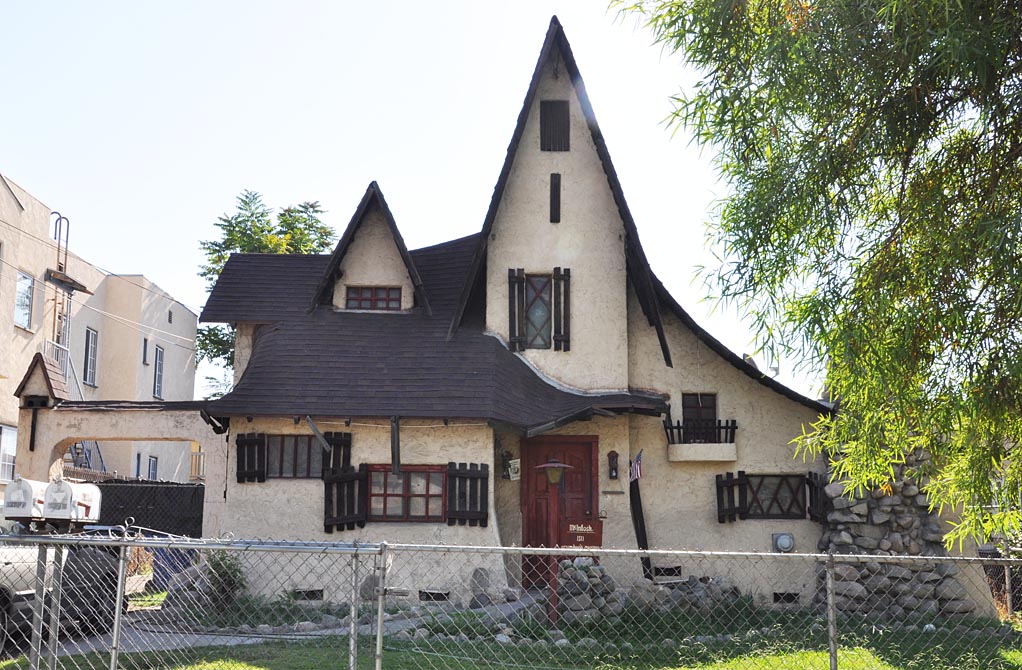 From West Covina.  An updated sign but still pretty much 1950s/1960s in style.  Most car dealerships are arm-twisted into hideous & imposing modern signs by the car manufacturers these days.  I guess this one has slipped through the cracks:

Also in West Covina.  A party store there now — but this sign is still hanging in:

Another from West Covina.  There should be a law that all businesses are required to have mascot characters:

The Terraza Jamay in Montebello.  Busted for selling drugs a few years ago.  I’m not sure if it’s reopened.  Interesting and recent paint scheme.  It was previously just two-toned:
http://www.flickr.com/photos/beckgirl/2723292231/

A fun one from Pico Rivera: 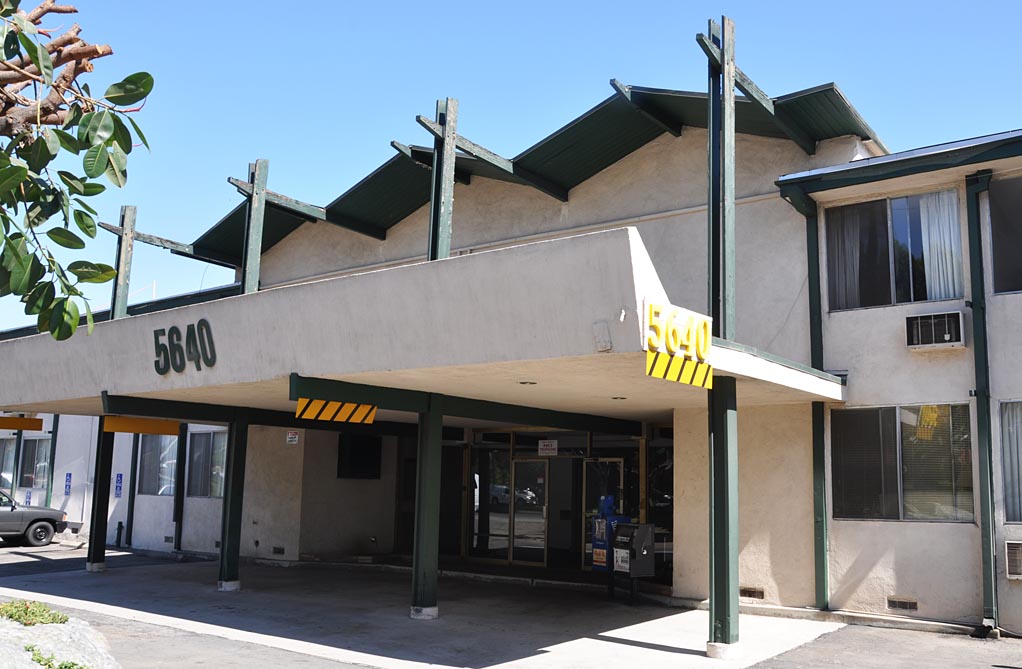 From either Covina or West Covina.  A tiki hut former Fotomat!  Thatched roof, straw mats exterior embellishments.  What it all has to do with cell phones — beats me!  But i just want to park my lawn chair there and have a pina colada.

From Whittier.  This is all that’s left of Jack’s Salad Bowl — a late 1950s coffee shop designed by Martin Stern, Jr.

But at the same time, the surviving and thriving Friendly Hills Bowl in Whittier:

OK then — more to come next Saturday night as the dogs and I will be heading north for a change.  A big three-day Labor Day weekend planned — the gods and Sparkle’s mechanics providing!  We mostly be hugging the coast on up to about Santa Cruz.  Thanks for tagging along.