No surprise — all day was spent in Wisconsin today.  Illinois will have to wait til tomorrow.  Thick white clouds muted the sun in the morning — and then caused me to stop an hour early tonight.  The forecast for tomorrow is “mostly cloudy” — which could mean anything.  The heat returned today after a fairly mild week.  Back in the 90s.  I wasn’t bumping into my usual amount of lakes and rivers.  So I’d just let the dogs run in big grassy areas and then douse them with water and crank up the A/C.  YES!  Sparkle’s A/C is still working nicely.  She turned over a magical number today:  333,333 miles.  I’m going for 555,555!

The day began in Monroe.  This is part of a larger, not so interesting sign for the Red Apple Inn restaurant.  I like the fading myself: 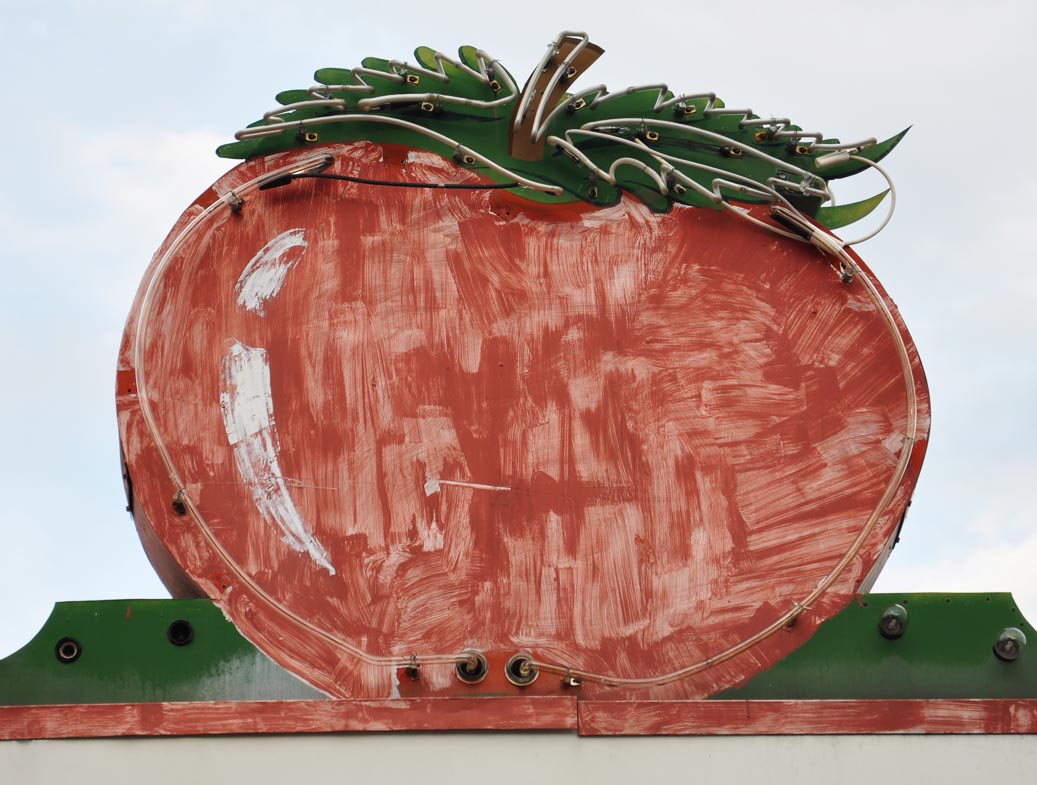 Moving on to Madison.  I had read that there was a cute Blatz sign at the Old Fashioned restaurant/bar.  But there were actually a few of them and quite a number of other beer signs.  I know I hit you with beer signs last night — but beer IS what Wisconsin is all about!    And this place has more than 150 beers to choose from:
http://www.theoldfashioned.com/ 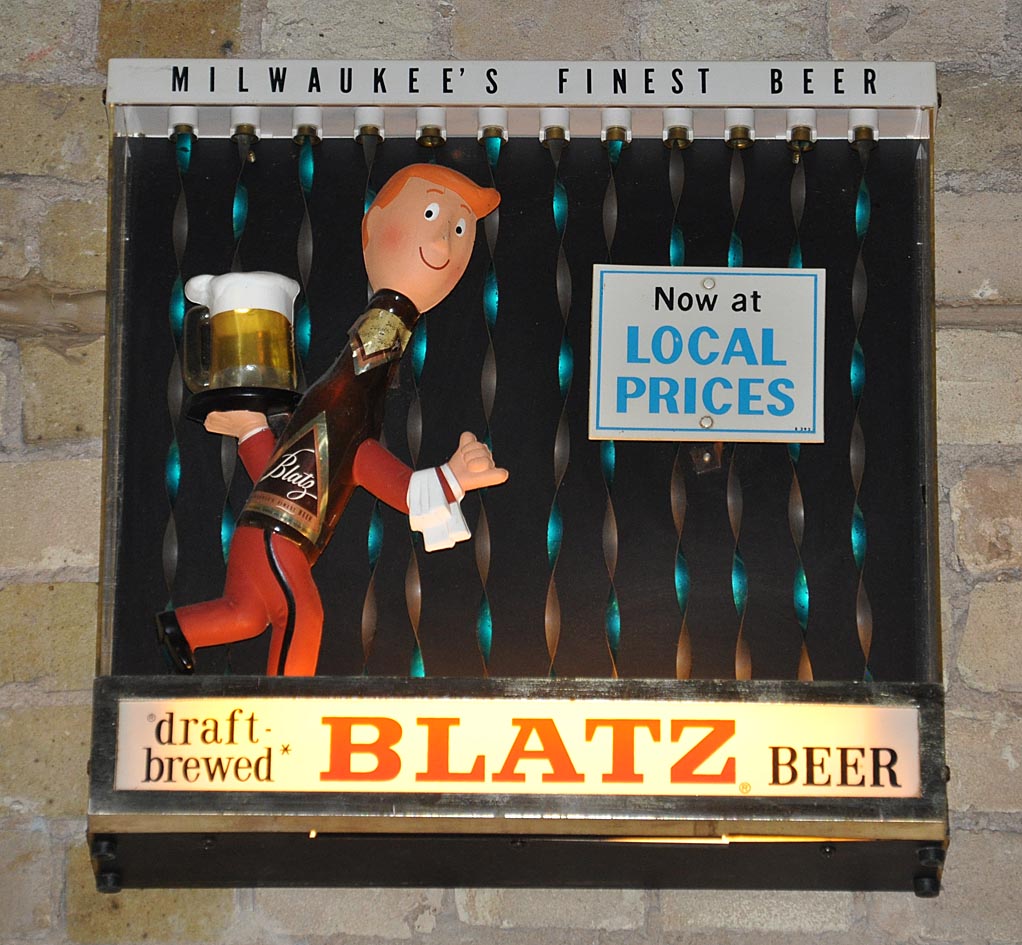 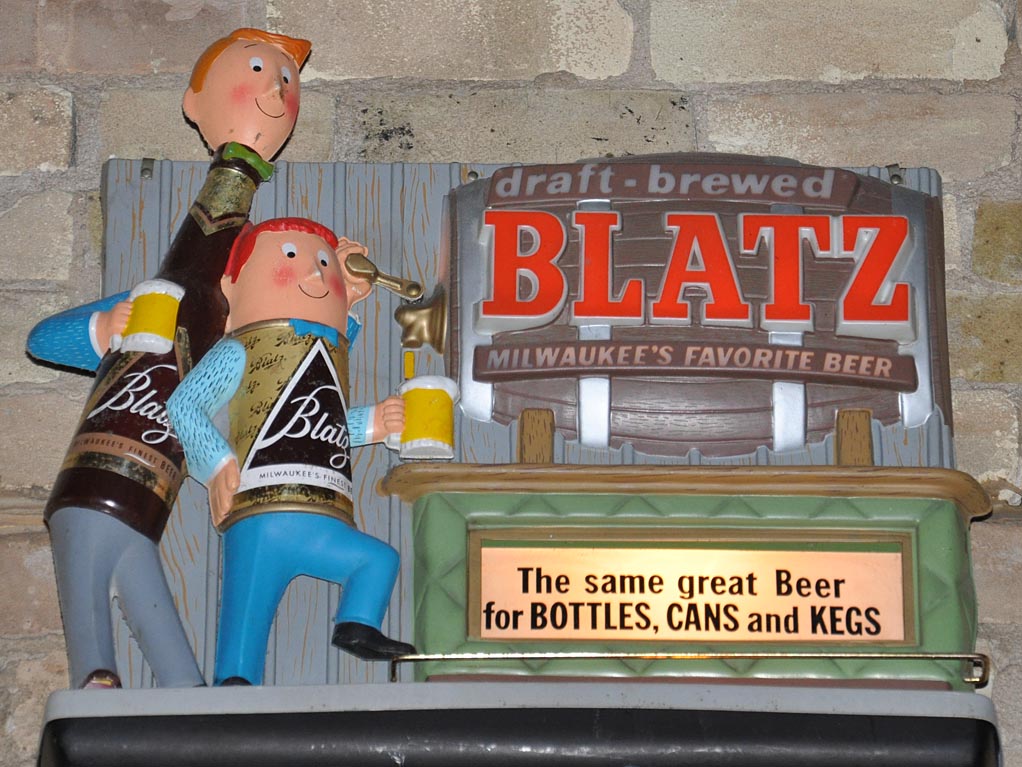 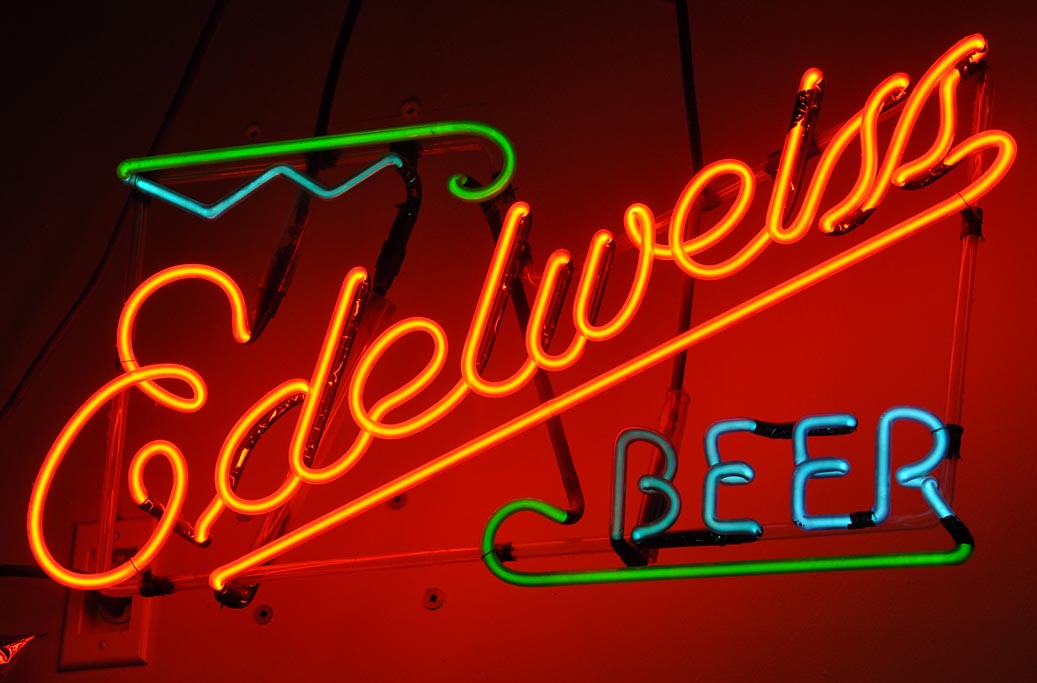 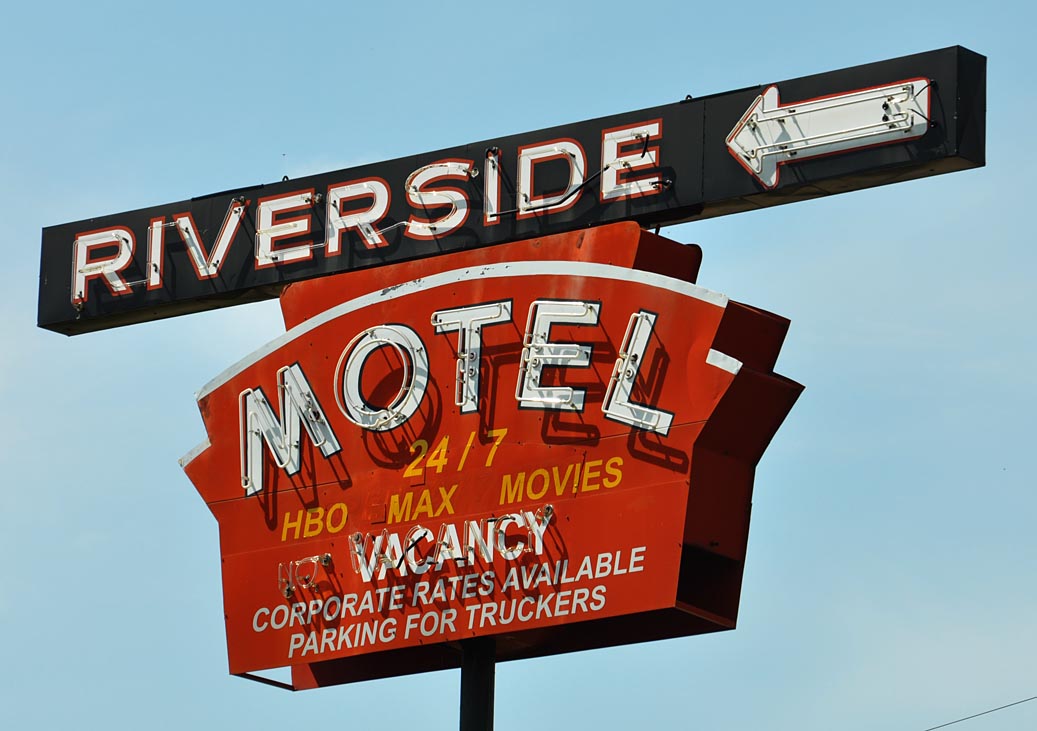 From Portage.  This place was closed when I was here last summer.  It was nice to see the signs (and peachy vitrolite) were still there for now: 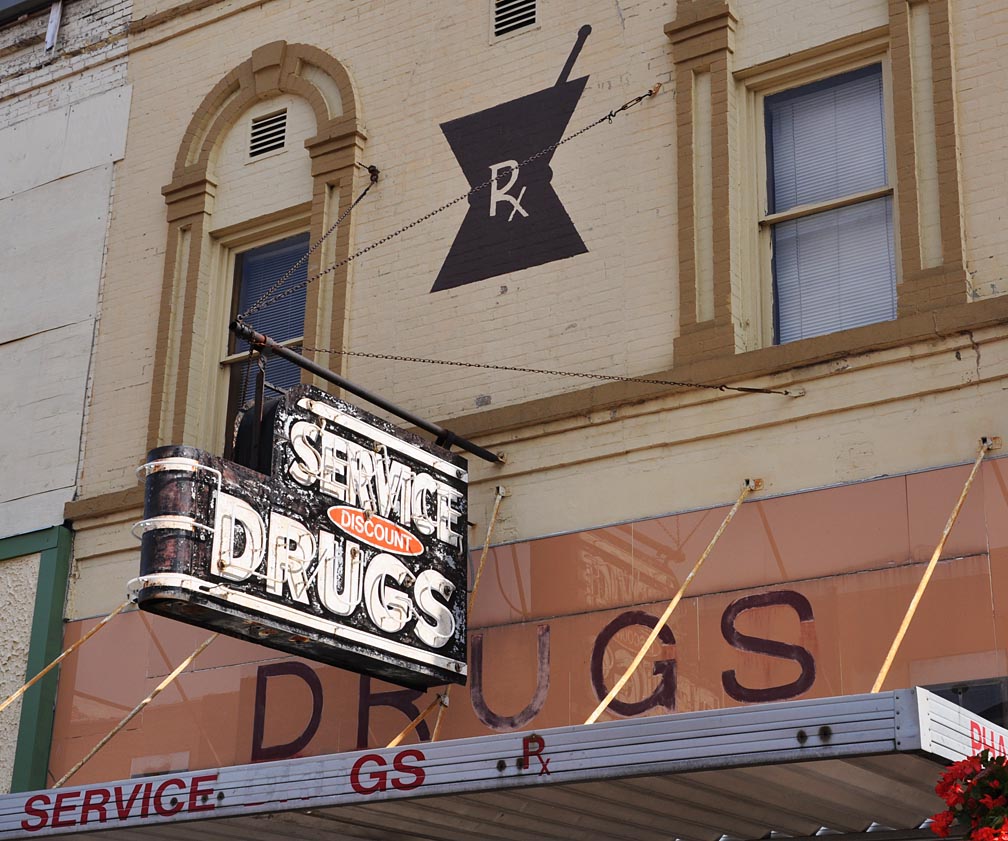 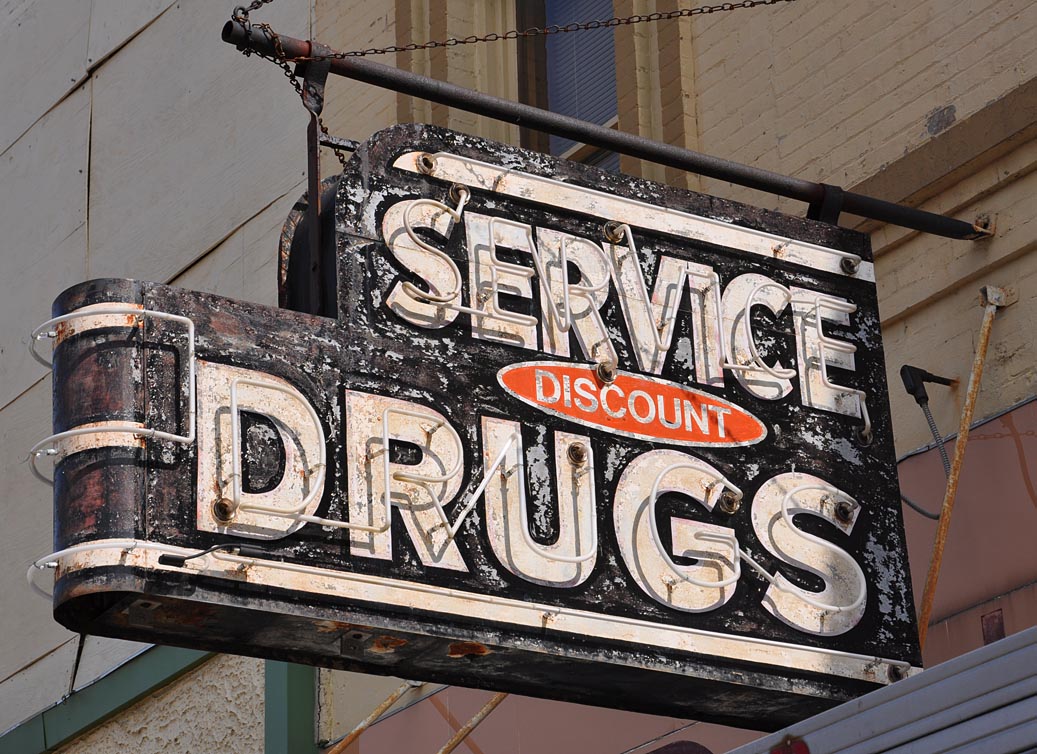 Also in Portage.  Apparently, this pilgrim hat A&W was updated at some point with the “All American” neon in front and that ghastly retro sign.  There would have been a canopy attached to the building originally.  But I guess that was scrapped in favor of more Starbucks-like feel with tables and chairs outside.  I’m sure it IS more profitable this way.  Note the storage shed on the far left.  The two faces of the original sign are installed on it. 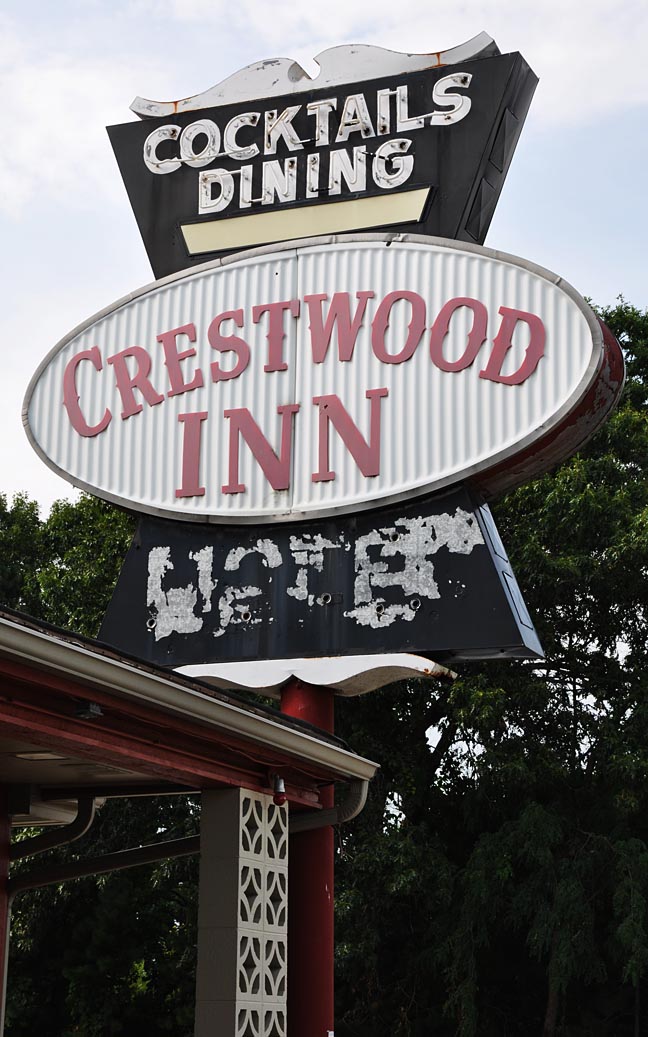 Last August I was here in crappy weather.  Today was a bit better but not great.  Who knew August could be so fickle!  The Kiltie Drive-in is in Oconomowoc — yes, add it to your list. 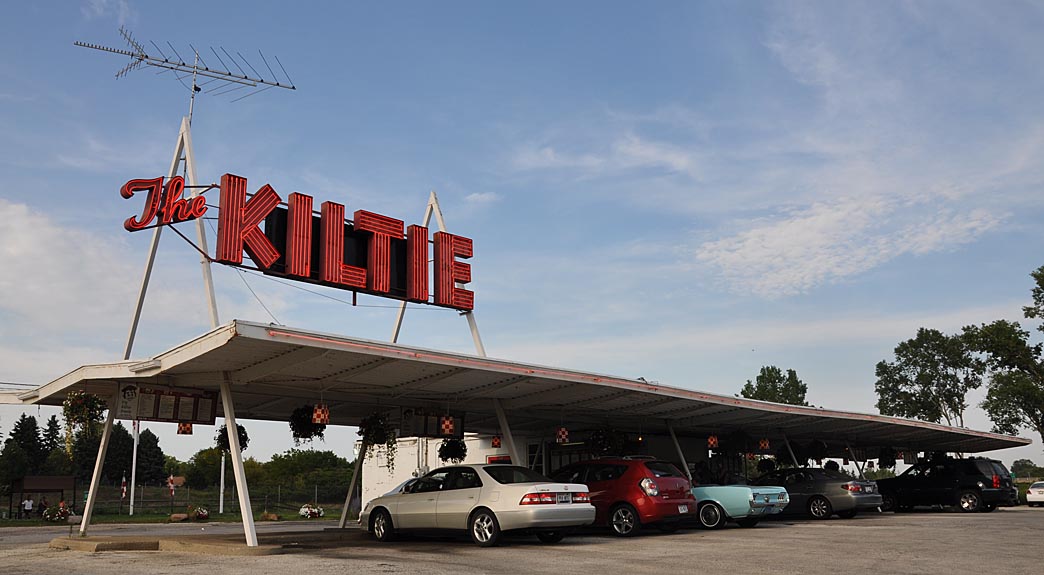 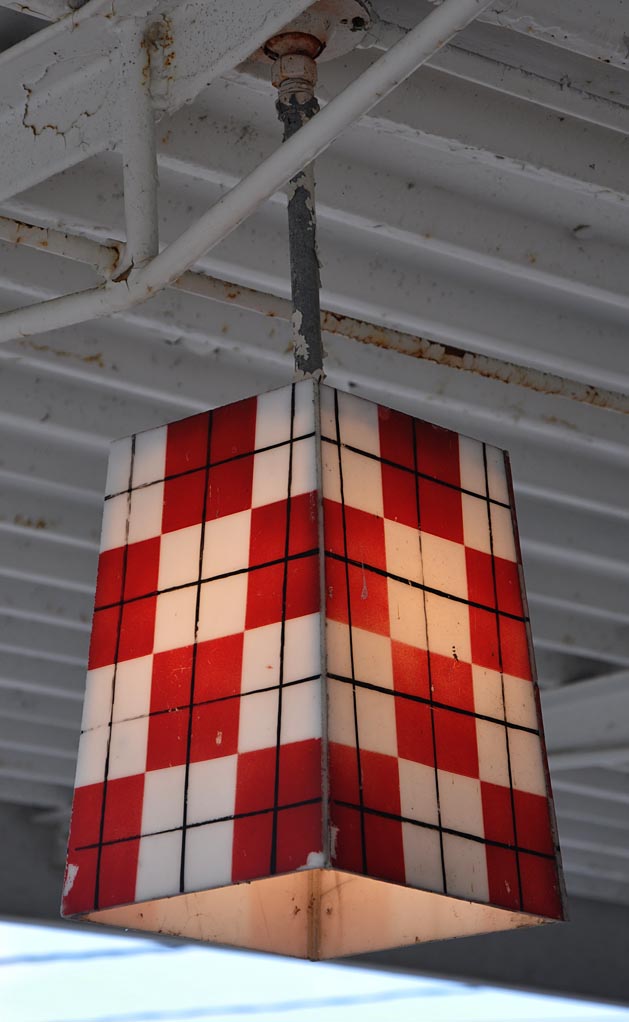 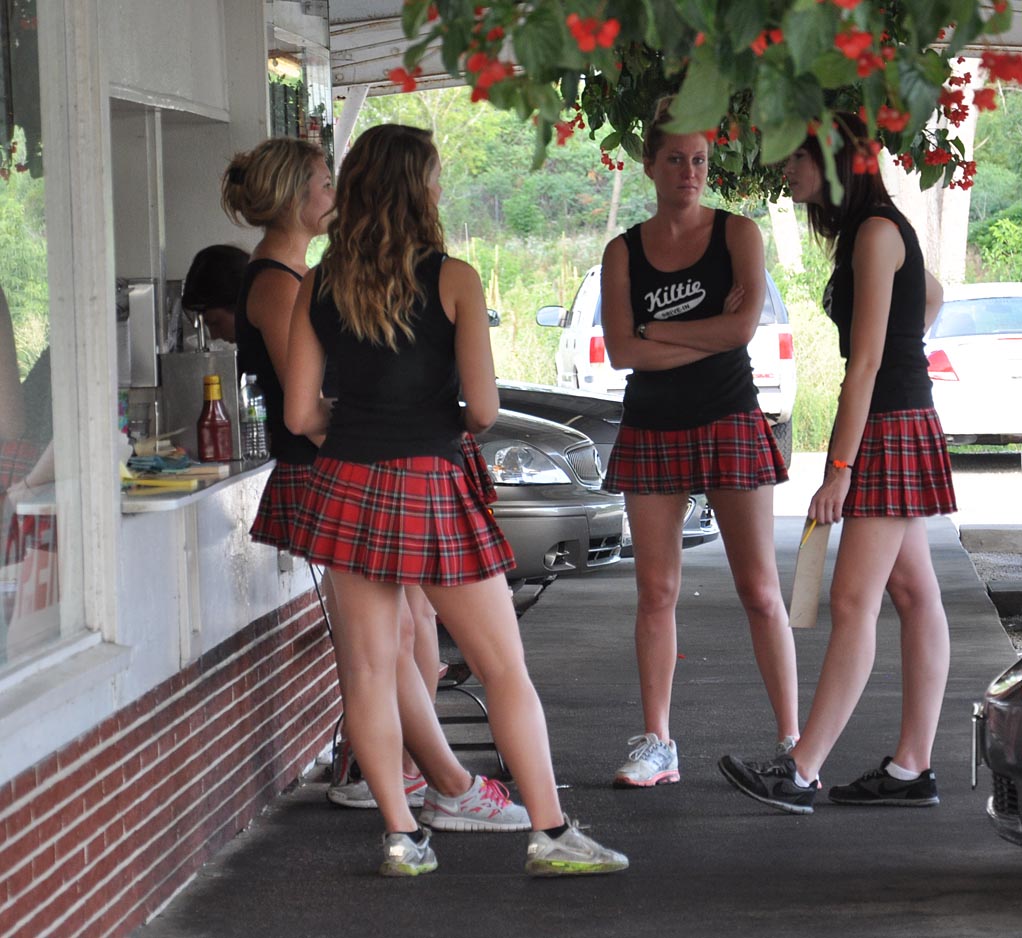 And finally,  I indulged since it was about 96 degrees, and tomorrow I’ll probably be too obsessed with shooting to think about food.  This is a “Jr. Sundae” — I went with the crushed cherry topping and nuts.  Awesome!  Posed on Sparkle’s back bumper.  Note the Kiltie character on the cup: 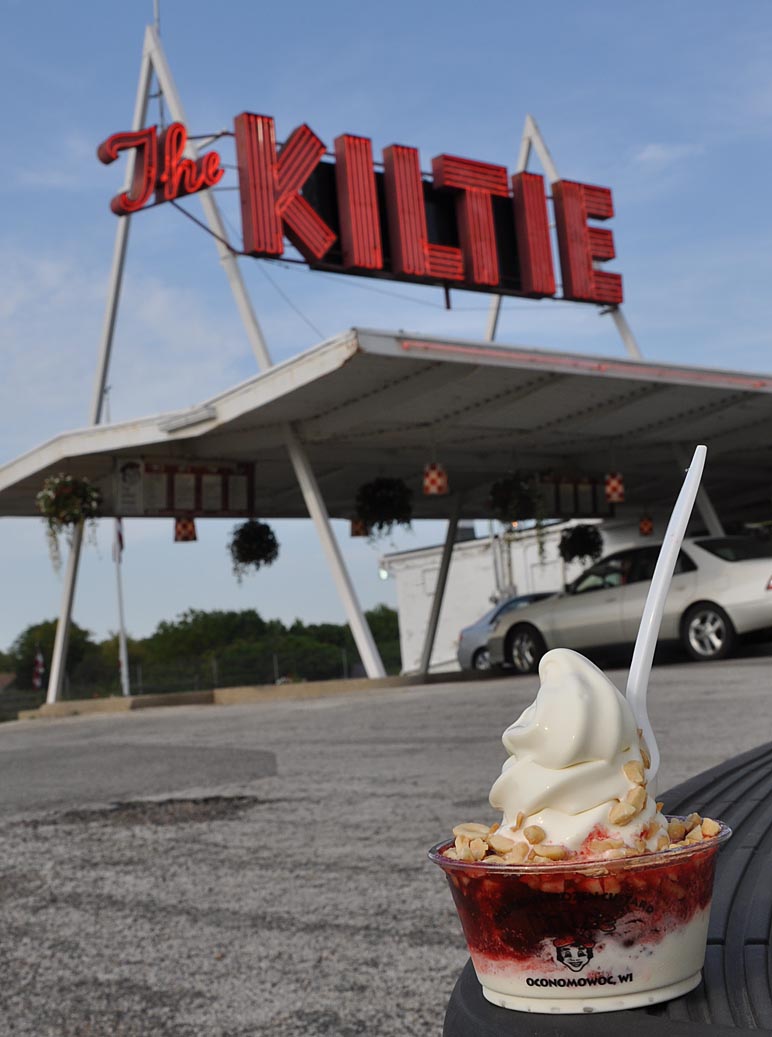 Milwaukee was not on my list for this trip.  But after being told last night about the Gambrinus statue being moved there last year, I impulsively decided to go see & shoot him at the end of the day.  He’s located at one of the Pabst Brewery buildings.  This stained glass entrance window is at a nearby building: 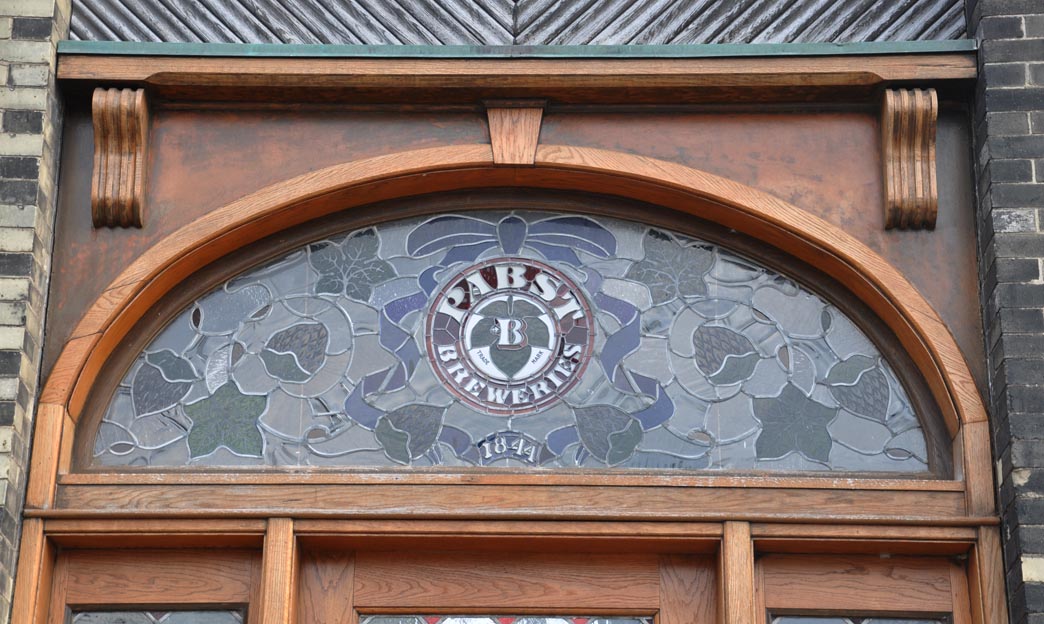 And this sign connects a couple of other buildings nearby.  It looked like the “P” was out or I would have stuck around to get a better photo.  The sign appears to be mounted on a bridge between the two buildings: 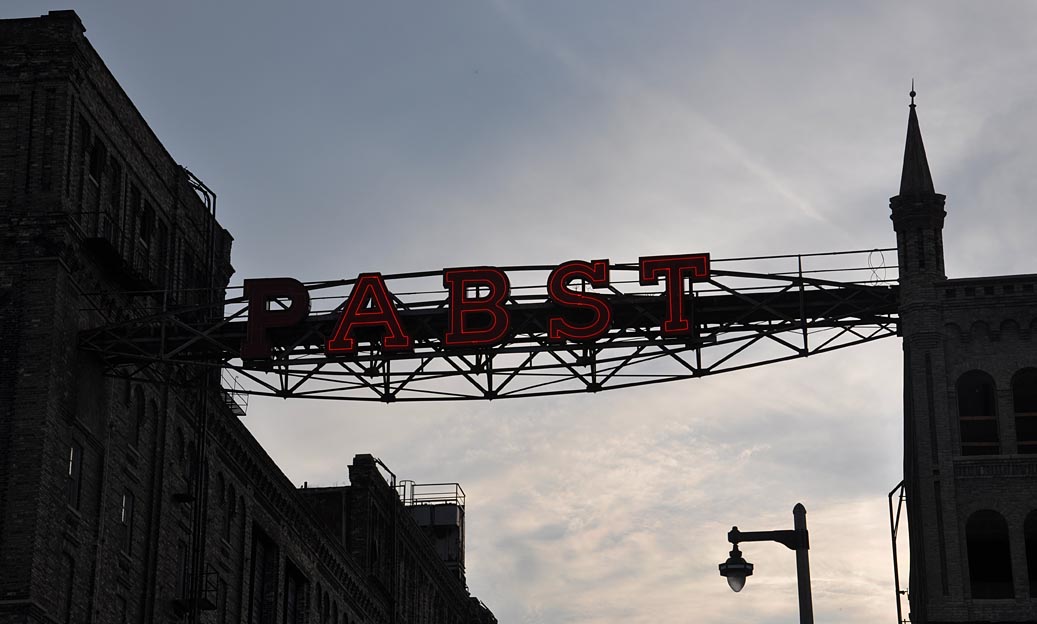 OK — so here’s the plan for the remaining three days of the trip.  Tomorrow is officially the last day of shooting.  If I’m up to it, I might do a little neon shooting in the Chicago area tomorrow night.  Which means I’ll be up late.  And with some hellish driving on Saturday, I should go to bed  after that instead of staying up and doing this Flickr & blog stuff.  For Saturday, I should really set a deadline to get on the interstate.  11 am?  1 pm?  It’s about 14 hours from Chicago to NYC, plus naps, throwing balls for dogs & getting gas.  I’d like to be home mid-day Sunday but that’s obviously not gonna happen.  With all that driving to look forward to, I’ll have to my usual double post from home for Friday’s and Saturday’s photos/adventures and wrap-up stats (mileage, how much spent on gas, etc.).  I’ll post a couple quick hellos so you’ll know all is well.  But the real post with a double-batch of photos will be Monday or worst case Tuesday.