It feels good to finally be safely landed in one place for a few days.  I intend to squeeze in some sleep now and then in prep for the final stretch between here and home (671 miles; 11 hours).  I could not find the brain reserve to write this post last night.  So I’m posting this morning at 7am.  It’s absolutely pouring out — so it looks like I won’t be shooting much today.   Forecast is better for tomorrow.  This afternoon in the American Sign Museum event for VIPs (hey, I’m invited — guess my website’s countless hours of documentation counts for something!).  Then tomorrow afternoon is the special general public event.  Then I’m outta here — 5 pm-ish.

Let’s catch up.  Some interstate in the morning and then stopped to get tires in Louisville, KY.   We had to wait awhile so we took a stroll around in the heat to grab some few photos.  These buildings were facade-only with construction going on.  This painted sign was an oldie that was revealed during the renovation.  Someone said online that the owner (a Mellow Mushroom is “coming soon”) would be keeping it.  I don’t know if that means it will be displayed inside or what: 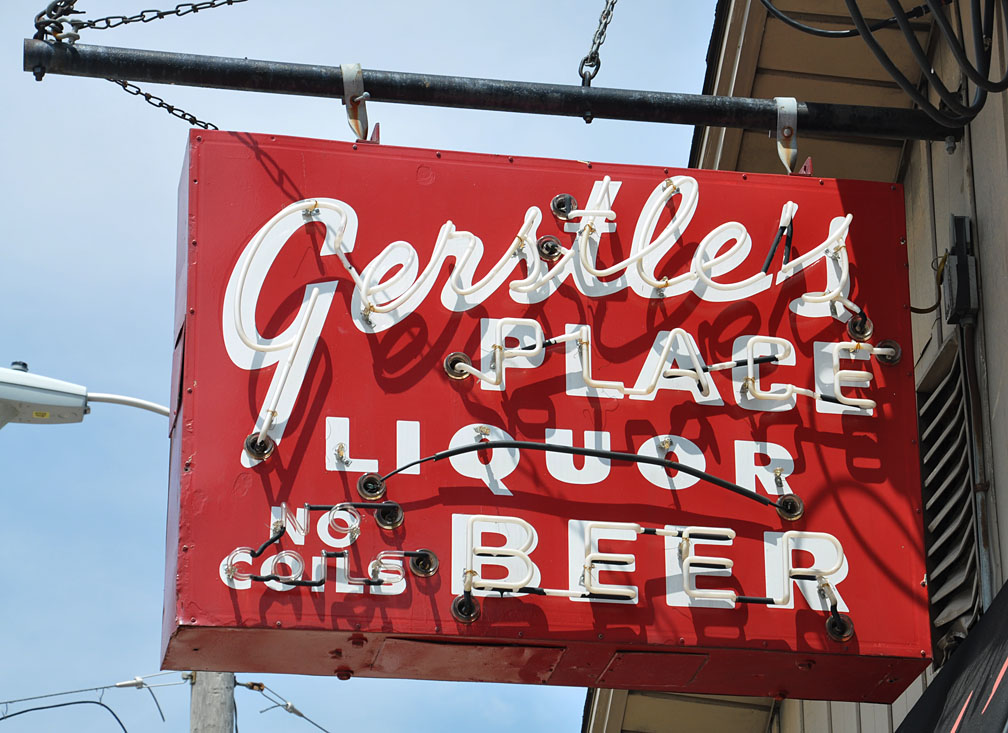 Back driving again.  Those new tires feel great!  I sprung for all four — the two were badly worn and the other two were so-so.  With all the mechanical work of this trip — mostly from the Accident and ineptitude of mechanics — I think we’re in good shape for this summer’s trip.  All new tires & master cylinder & radiator, A/C working nicely, etc.

The rest of today’s photos are from Cincinnati.  The holes on this sign match the lettering so I suspect this was the original name — just removing of neon and repainting: 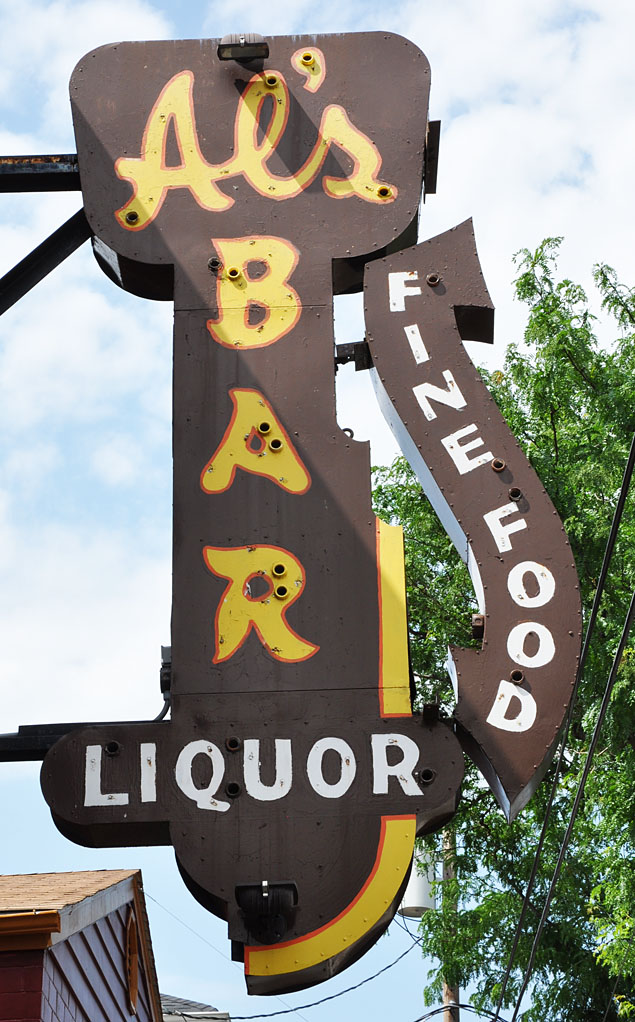 Clouds moving in — curse that pole:

I’ve been to the Aglamesis Brothers shop before — but don’t think I’ve shot it.  The ice cream parlor / candy shop has been around since 1908.  It’s just incredible — a national treasure:
http://www.aglamesis.com/ 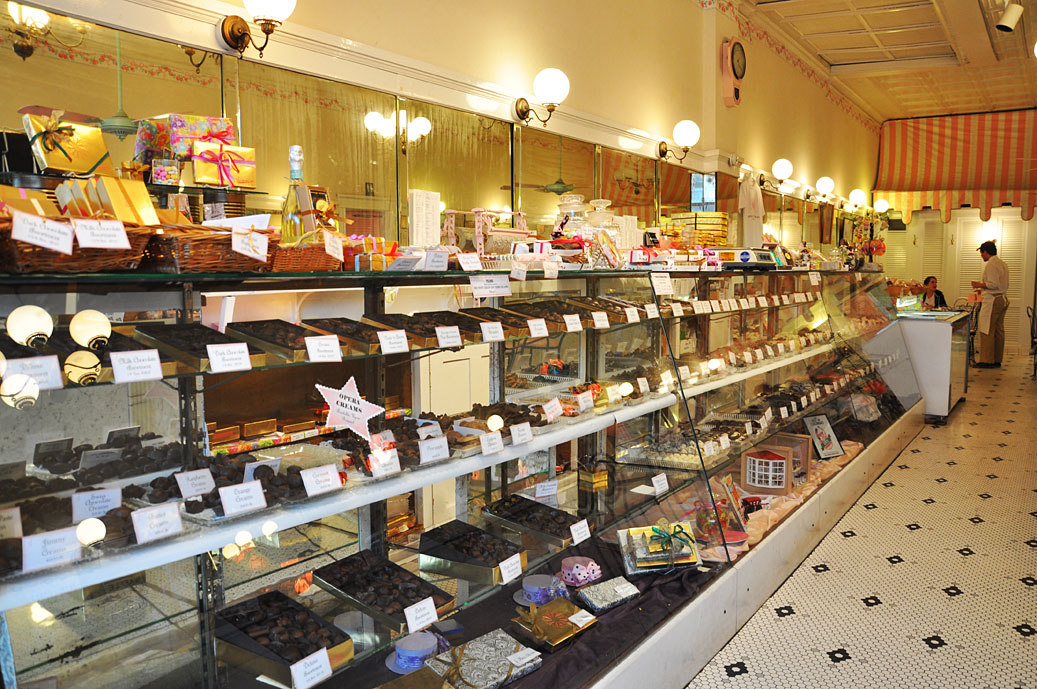 A vintage photo on the wall from 1922 shows that nothing much has changed:

Even though I finished off the peach pie in the morning — I had to show a little support.  This is the coffee ice cream with some walnuts on top.  I was envious of the sundaes I saw people eating around me — but this small cup was enough for today:

Dark clouds moved in — so I took the dogs off to the Otto Armleder Dog Park.  Big fenced areas and the dogs are really loving being on grass again.  Traction for running, no stickers:
http://www.doggoes.com/parks/ohio/cincinnati/otto-armleder-dog-park

And nearby was Terry’s Turf Club.  Although I have been to Cincinnati several times, I hadn’t heard about the place until Greg Rhomberg in St. Louis (you might remember seeing photos of his collections here at this blog) told me about it.  The owner has a huge sign collection and the restaurant is packed outside and inside with them:

I’ll be back there today when / if the rain ever stops to do some better shooting.   Back to bed for now.