I gave El Paso my best try this morning.  A little window of time when the angle of the sun was just so — peeking through the clouds.  I raced around for about an hour or two til it was all over.  Then… it was back to the garage.  Still noticing that Sparkle was acting a little funny at stoplights.  Missing a beat.  So, why not make the most of a miserable day and sit some more rather than waiting to break down in the desert — or worse on a sunny day.  After waiting two hours to get Sparkle looked at, it was determined that she was misfiring on a cylinder.  Replaced all six spark plug wires and we were on our way — much, much later.

And just where to?  I scrutinized all the weather forecasts and no real sun happening in Southern New Mexico either.  But off we went.  A trickle of sun in Las Cruces so I stopped for some of that.  Then I headed west — setting us up for a bit more sun in Deming as the sun got at that helpful angle on the other side of the clouds.

The dogs got lots of romps — this morning at the El Paso dog park again in the rain.  And much later in the day, some Rio Grande River water and mud.  Had to reward them for all that tedious time at the dealership.  I think we were there close to five hours.

On to the photos!  When the sun was shining in El Paso.  This is a modern sign — but still a fun pouring bottle: 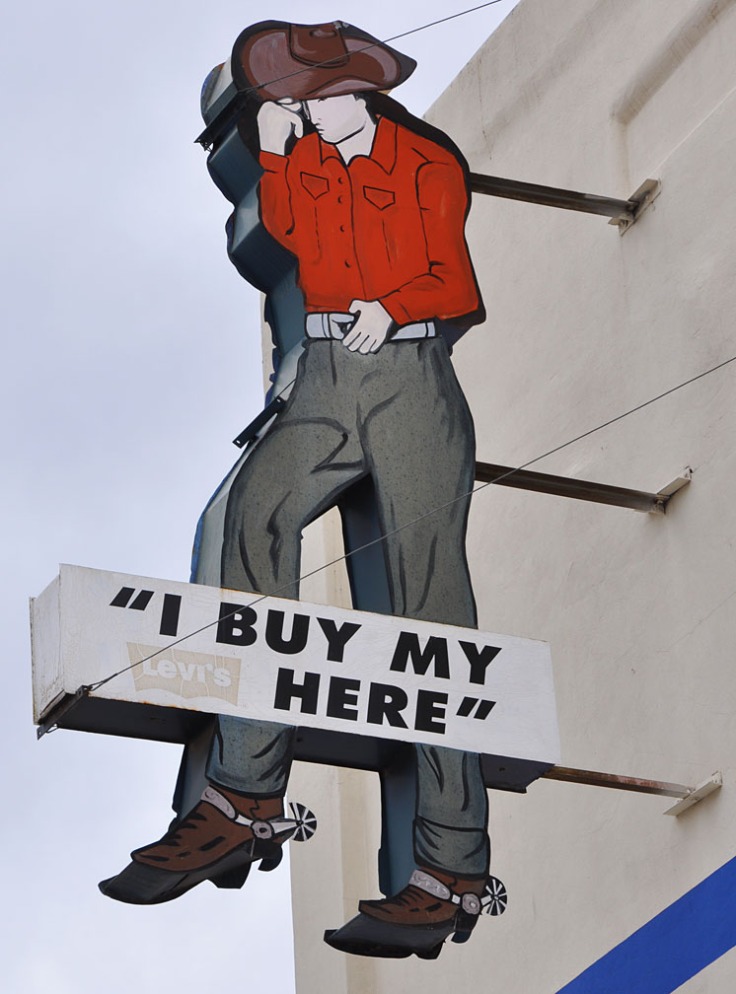 A fun one I hadn’t shot before — getting grayer by the minute:

And one of my favorites in El Paso —

And a close-up of the sputnik:

On to Las Cruces, NM — parked at the America’s Best Value Inn with the giant imprisoned chile pepper — a VW bus with a chile pepper on top: 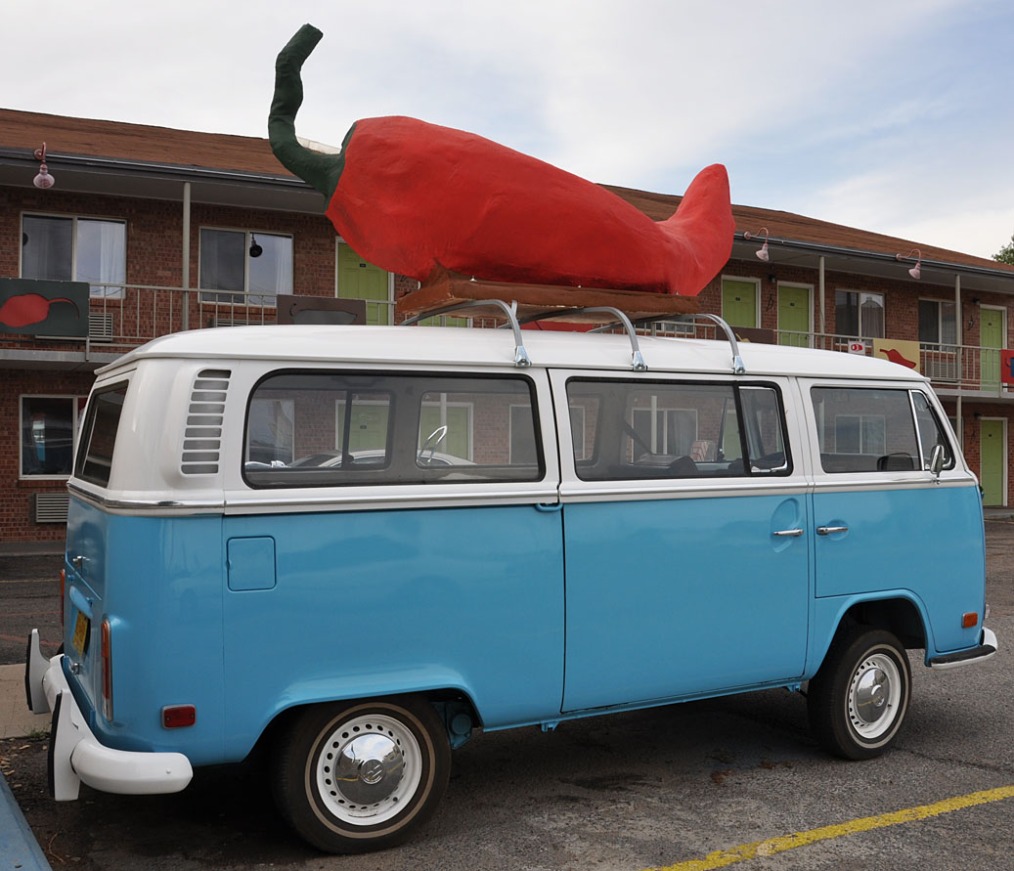 Just west of Las Cruces — one of those wonderful trading post souvenir places.  I don’t collect things so… — but I did look around and get coffee at least: 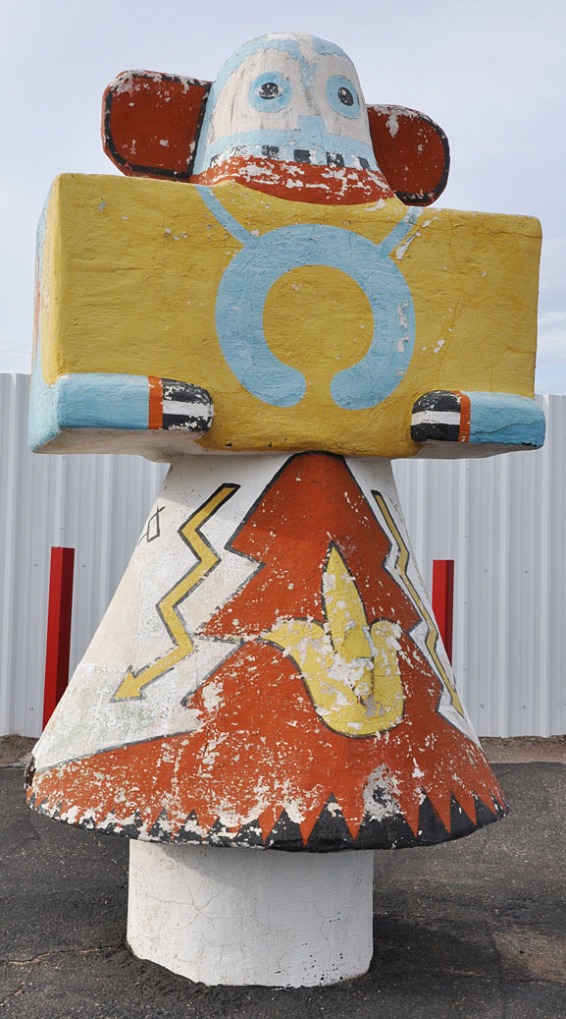 And then on to Deming, NM:

Still a lot of these mass-produced Color TV signs out there… for now:

And final photo for the night: 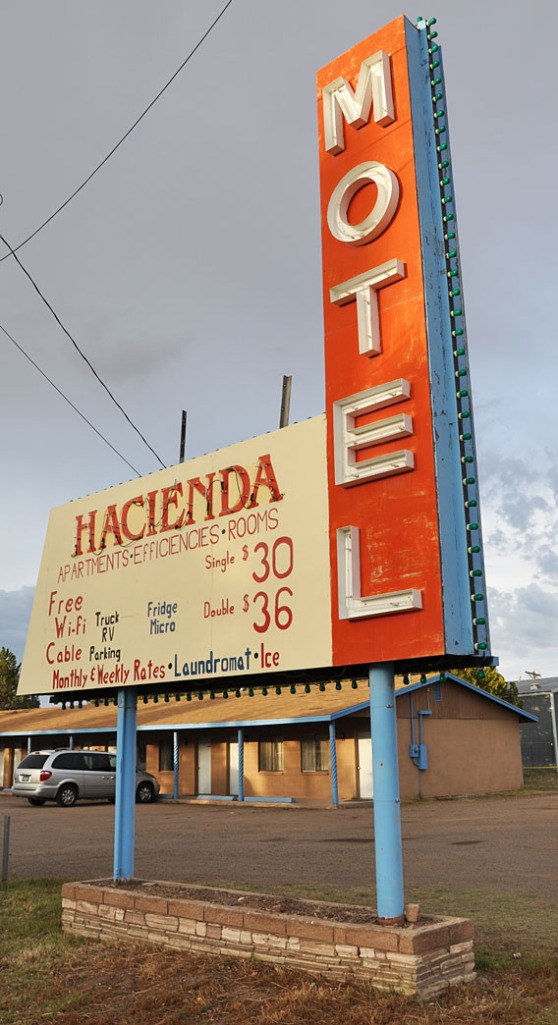 According to all the forecasts, everything should straighten out tomorrow — even in El Paso!  Sun expected — and highs in the 90s.  I’m all for it!  This has been a rough patch.  But that’s the highs and lows of roadtrips — hoping the lows are now behind us.