The day was spent in this odd little intersection of four states.  Small towns & very little actual picture-taking.  There were destinations here and there that I’ve wanted to see for years — so, done.  The first half of the day we were under a completely grey sky so just as well that we were in Nowhere-Land and the shooting volume was low.  Shooting should be more active now that we’re entrenched in Illinois for probably a couple more days. I’ve decided to focus my efforts here and do some Indiana if there’s time.

Running very late here.  Finishing this up in the AM as the sun is coming up on the horizon.  So let’s dive in.  A couple from Caruthersville, MO.  These freestanding letters appear to be porcelain enamel.  Never seen such a thing — usually these are stainless steel:

And another thing new to me — a small square Rx sign.  It’s installed on the side of the building and makes me wonder if it wasn’t part of a larger sign.  A neat plastic under-canopy sign as well — also odd to be on the side of a building. No entrance there.  There’s also an old blue oval Rexall sign at this drug store.

This neon “extension” fishie is installed on top of the White’s Landing sign in Tiptonville, TN which is right on/near Reelfoot Lake.

While the dogs were playing at that lake, we were approached in the distance by three curious local dogs (obviously residents, not feral).  Grem, a fraction of their size, saw them and chased and terrified them for a bit.  The three locals came back about five minutes later but watched us from afar.

I’m glad that we have finally crossed the Mississippi River for the last time.  It’s been hell the past few days with this winding route taking us back and forth over it.  Nik has been screaming his brains out whenever he sees it.  But with the speed that it’s moving, I’ve been refusing to indulge him.  Sticking to smaller streams and lakes.

In Mayfield, KY, I noticed this group of statues in a cemetery from an overpass and had to spin back to investigate it.  I’m glad even the dogs got recognition.  Here’s a bit about this place:
http://en.wikipedia.org/wiki/Wooldridge_Monuments

Cairo, IL is one depressing town. A few nice neon signs and a great armory amidst the abandoned rubble.  The buildings must have been spectacular at one time.  Here’s a bit about the place:
http://users.stlcc.edu/jangert/cairo/cairo.html
Here’s a bit of the monumental chaos: 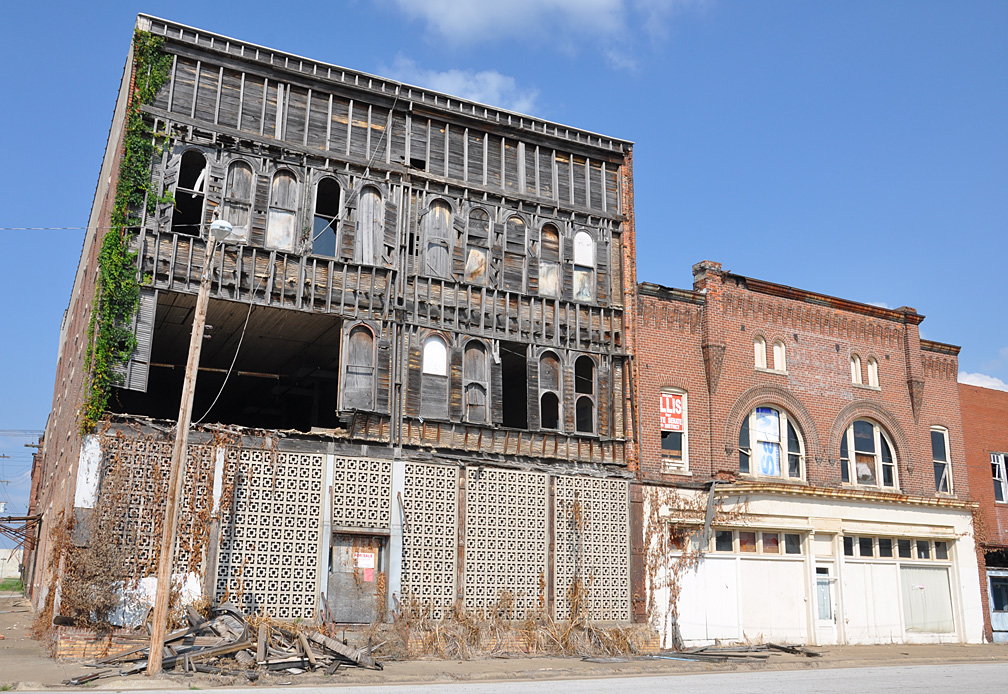 From Cape Girardeau, MO.  A nice embossed plastic sign and a three part bulb arrow.  Never seen such an arrow.

From a strip club in East Cape Girardeau, IL (though according to Google, this could be McClure, IL).  I had to do a big U-turn for this one — two bizzaro vehicles.  Tacky but captivating: 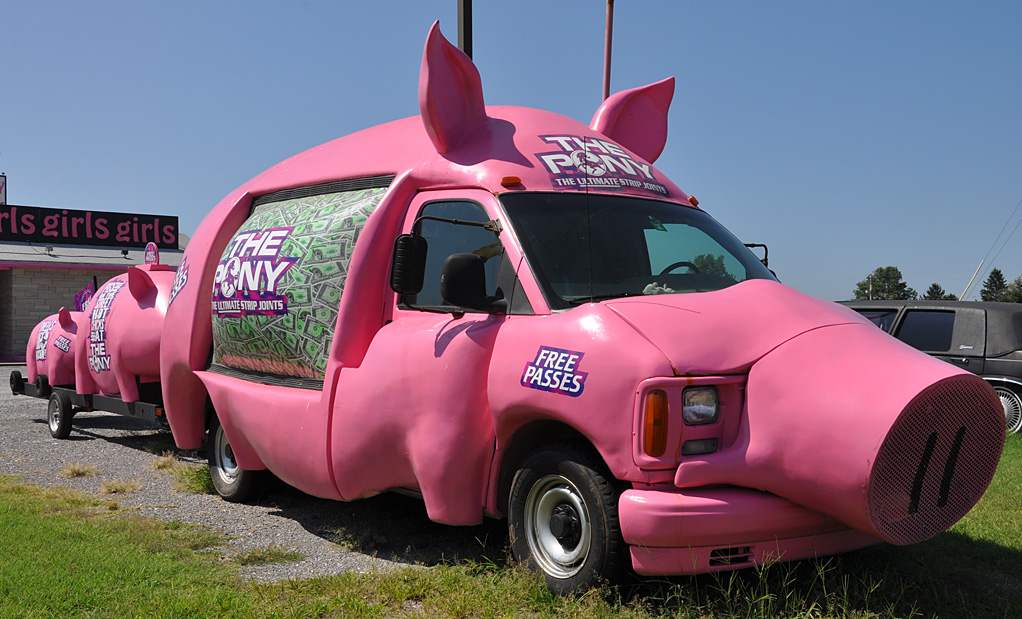 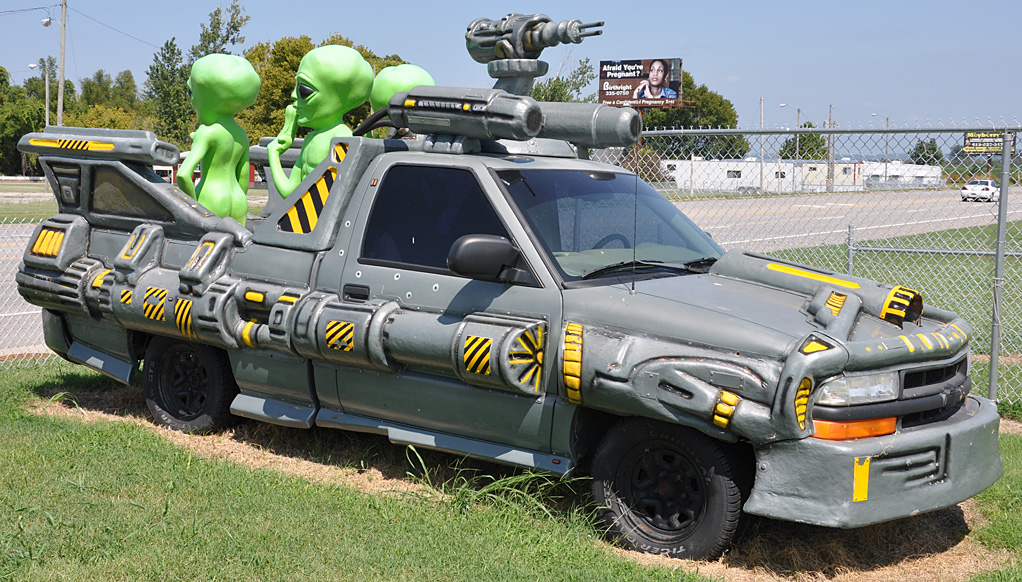 One more vehicle.  A delivery truck in Anna, IL at the Home of Bunny Bread.  They also had white Astro vans just like Sparkle with the Bunny logos on them.

Let’s wrap it up with a sign from Metropolis, IL (no, didn’t buy any – they were closed for the day):