I had hoped to bang through the NC list today and start on a wee corner of TN and get into VA.  Almost!  Tomorrow, I’ll try go get through the remainder of the western VA stuff and then scurry on home.  You’ll have to wait for the final blog chapter til Wednesday since I won’t be back in NYC til late late tomorrow (Tuesday) night.

It was another incredibly hot day.  I heard that yesterday broke 100 and that’s pre-heat index factoring.  Today must’ve been about the same.  Sparkle’s nice and cool though.  I even called my mechanic today to express my gratitude.  I think the dogs were kind of baffled today between the temperature difference between inside and outside.  I found some lakes here and there for them to romp in/around and still stay cool.

I had some emails to attend to and suddenly it’s 1am already.  How did that happen?  So let’s get on with the photos — another big batch of them.

A nice original storefront in Asheboro: 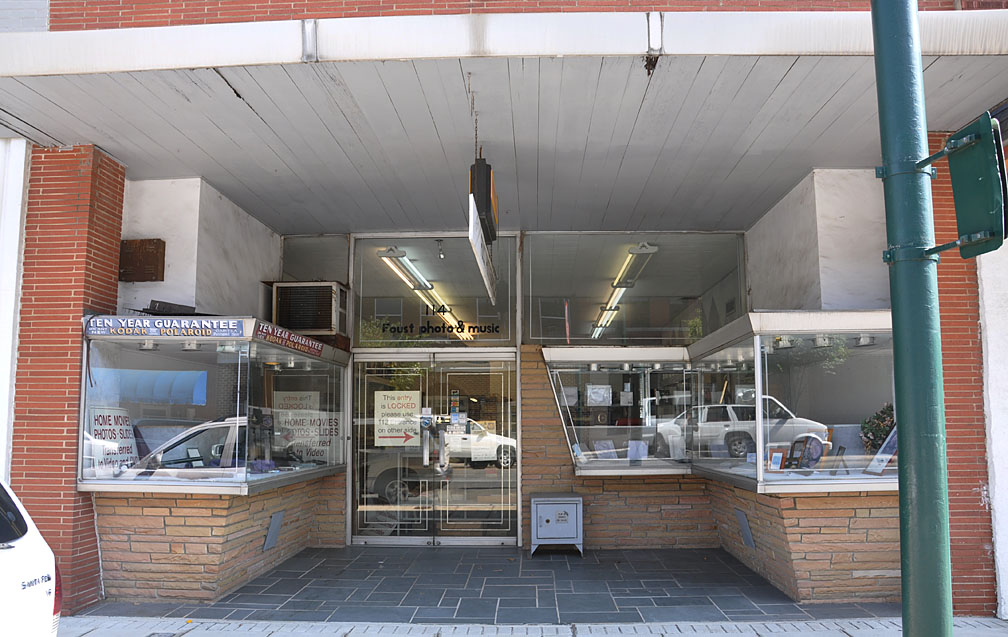 I love the Auto Bell car wash chain.  Their giant bells remind me of the bell that used to be suspended on top of the old Taco Bell buildings.  And these yellow bells are so cheery.  According to their website, the company was established in 1969.  Most of their locations are in NC but there are a few in SC and GA as well.
http://www.autobell.com/
This one is in Concord: 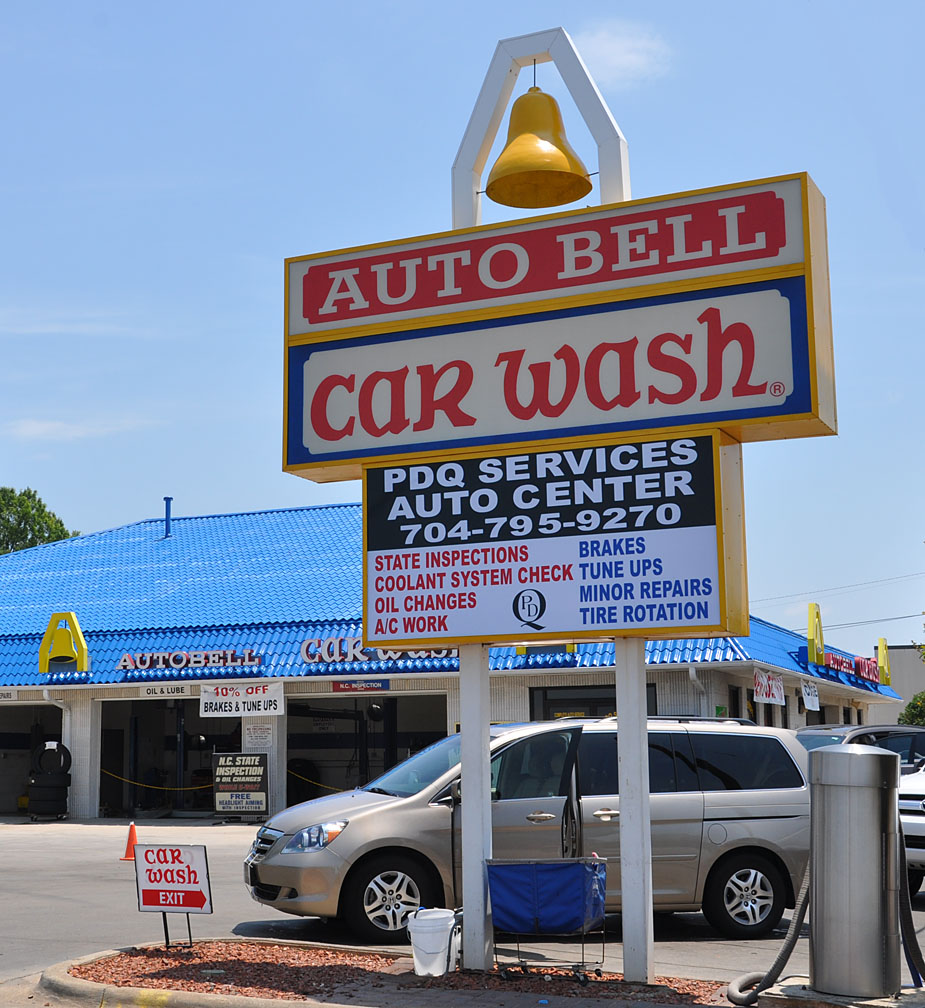 A law office with a little mid-century detailing — also in Concord: 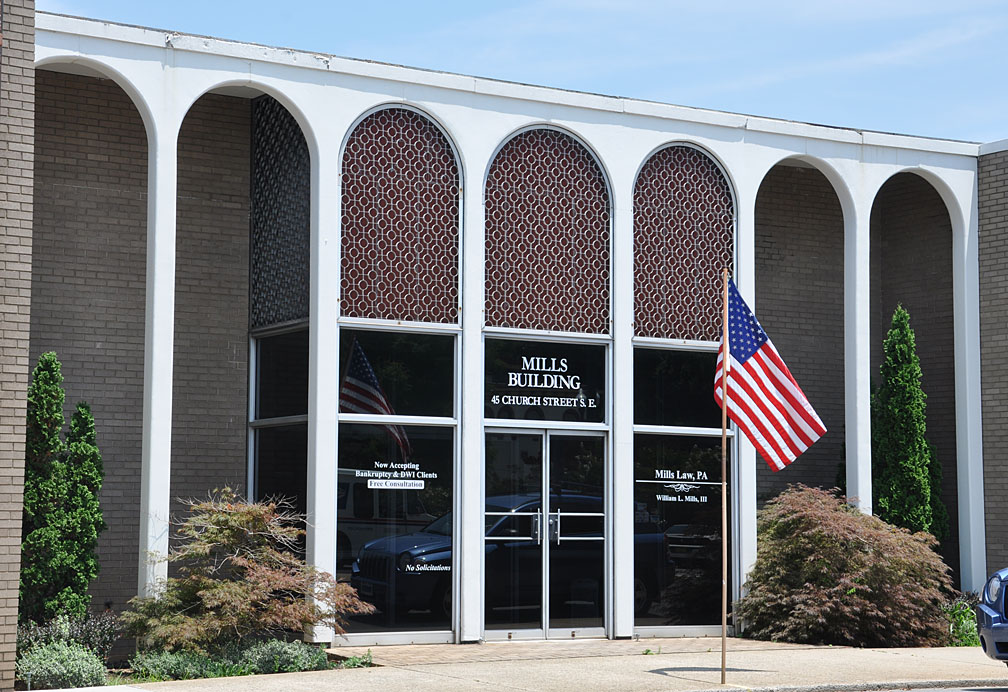 A damned shame what they’ve let happen with this former movie theatre in Albemarle: 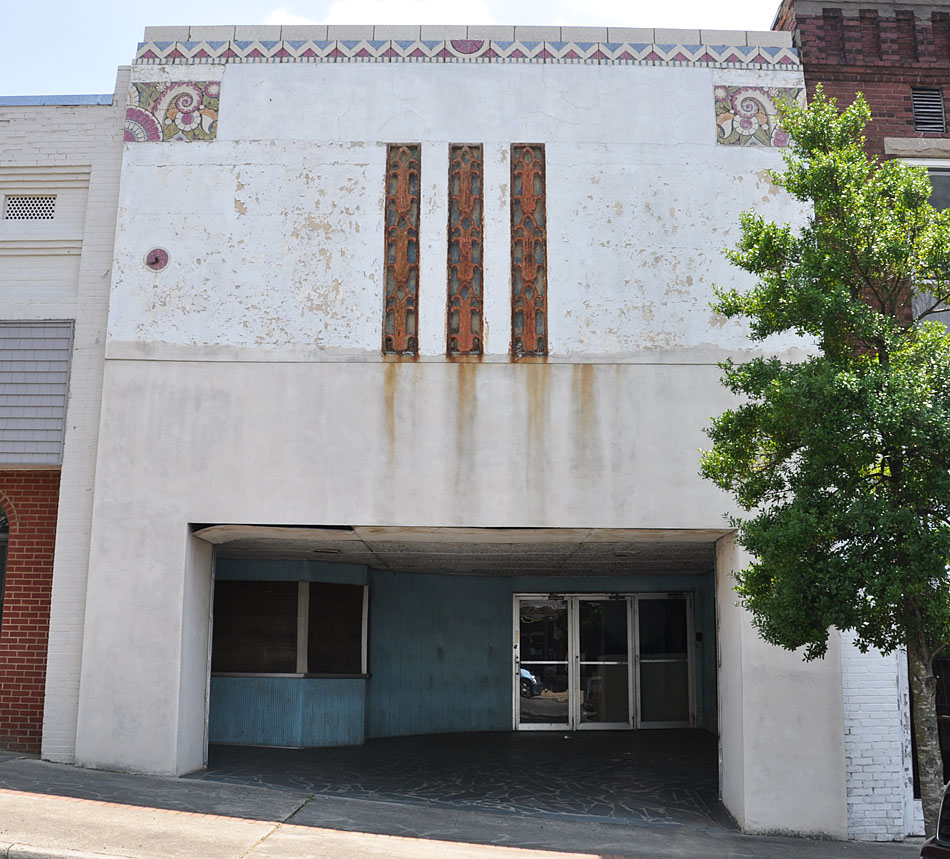 Just up the street — what the?  Criminal! 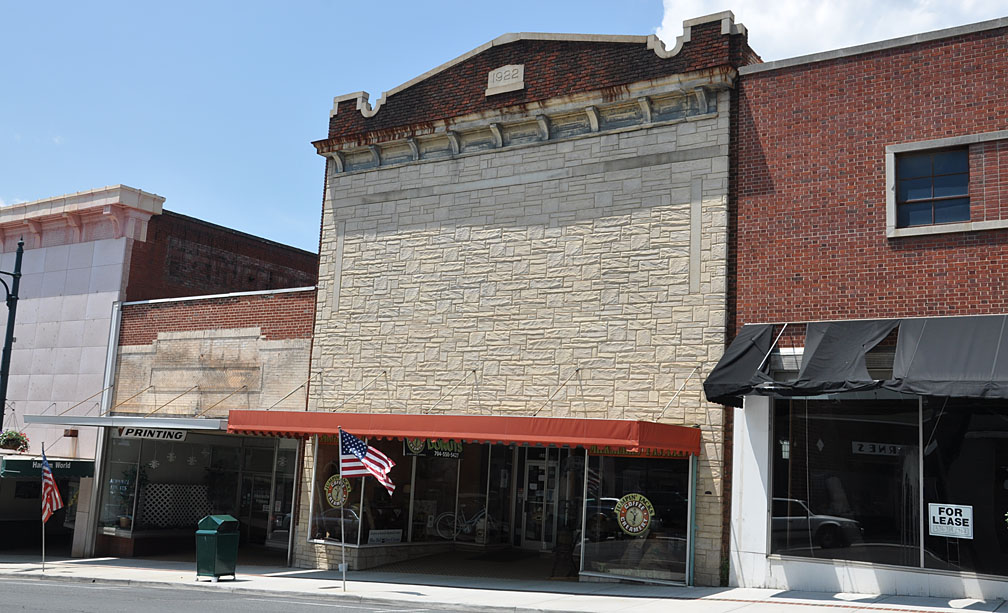 And just across the street from those buildings — is this trio of miraculous survivors.  The storefronts of Starnes Jewelers and Satin & Lace are faced with vitrolite: 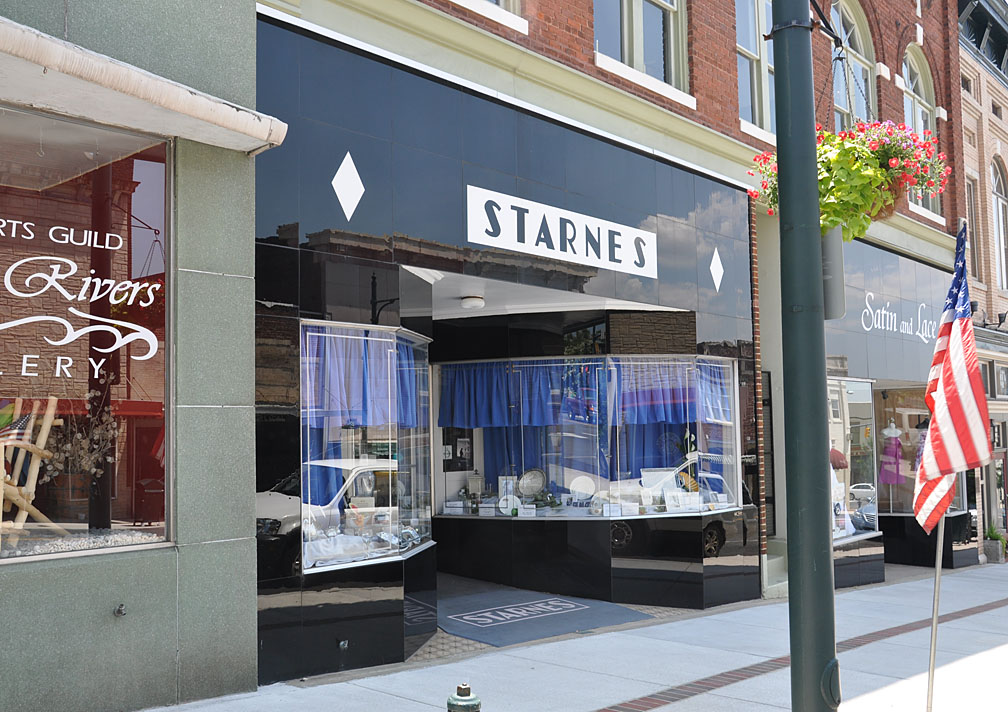 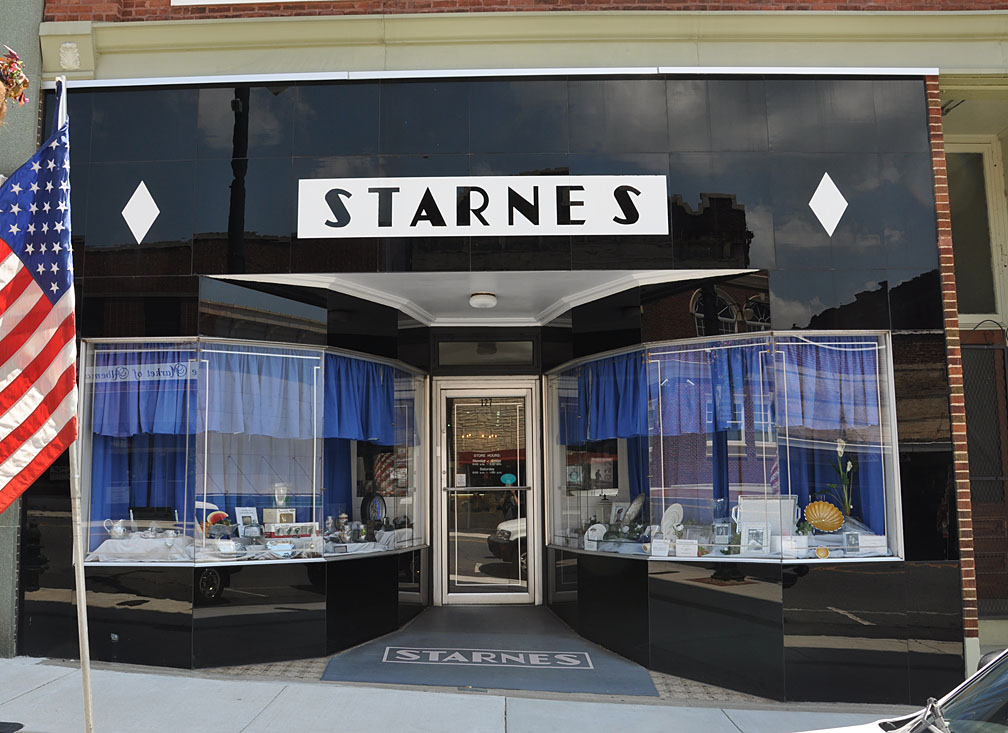 And this guy next to them has really fun & unusual overhangs (there’s gotta be a better word): 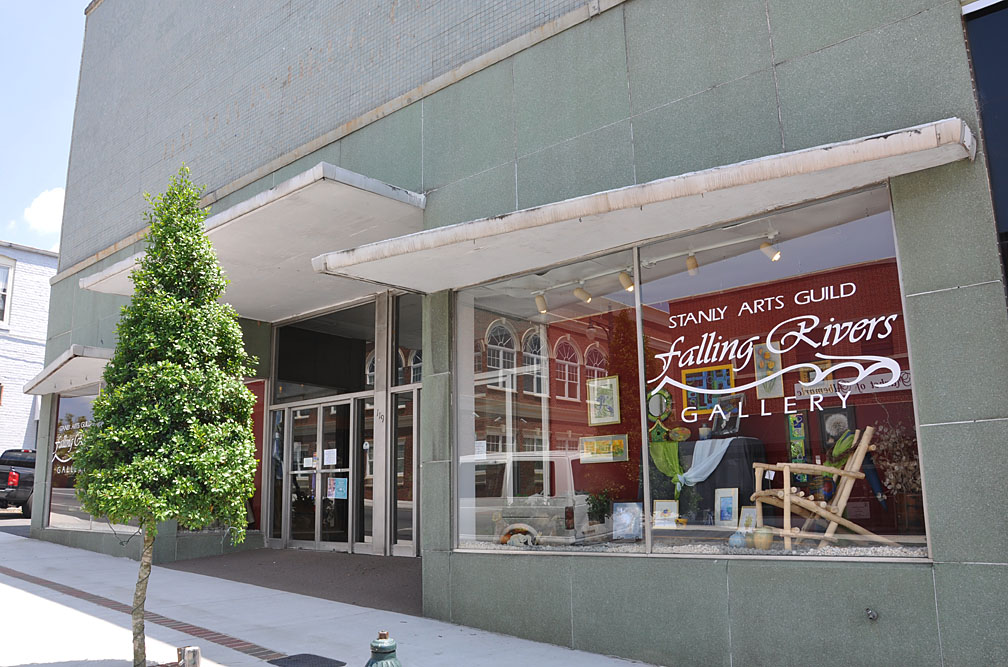 Back in Charlotte — wasn’t I just here?  Yes, a couple months ago — but it was pouring rain and I wanted to reshoot a short list of things.  Stumbled upon this place — the biggest canopy I’ve ever seen.  Ever.  Could there possibly be more of these buildings? 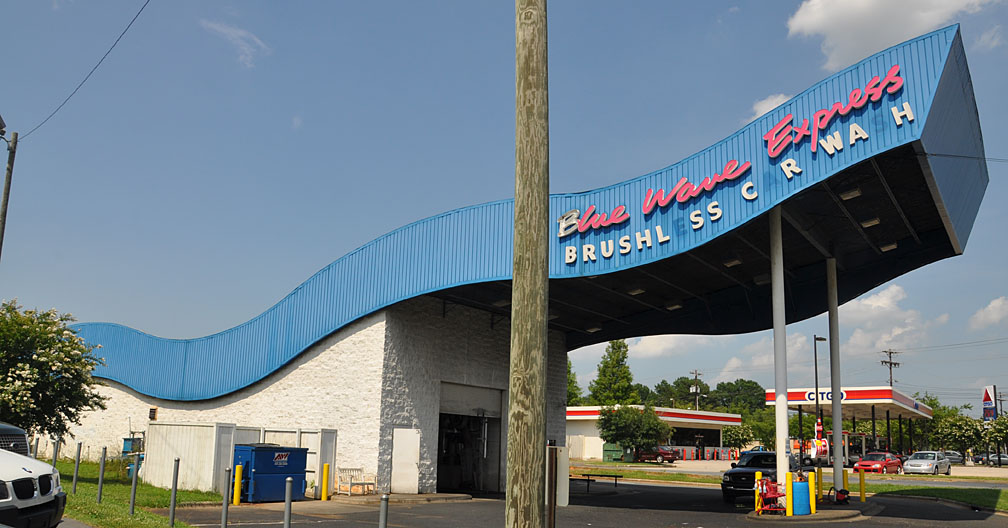 The only doggie-related photo today – promise!  This cool bus was parked on the Dog Bar lot.  Looks and sounds like a really fun place.  Not open when I was there but I will put on my list to visit another  time.
http://www.dogbarnoda.com/ 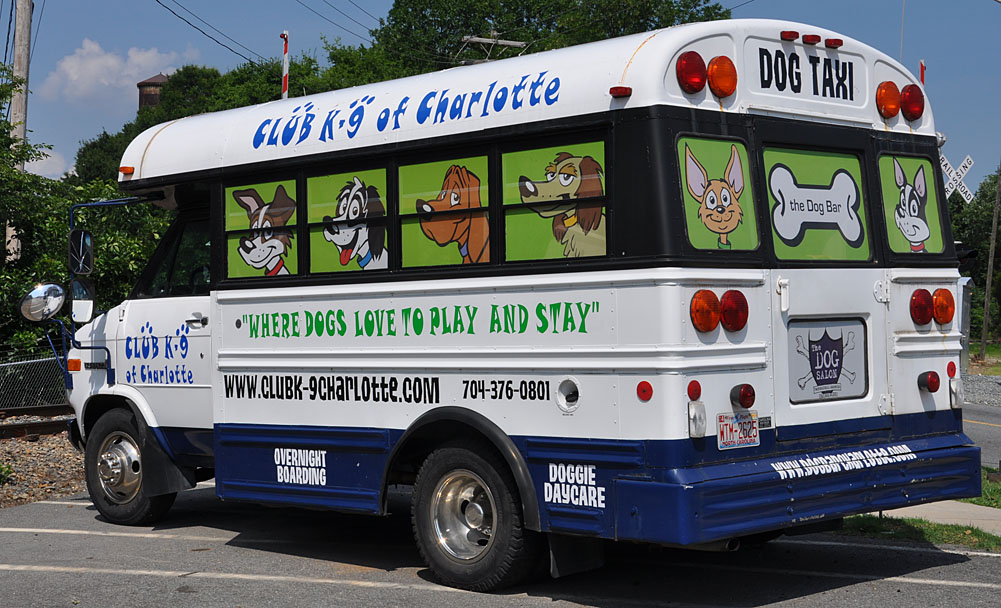 It’s getting to be a tradition on these roadtrips that I post a self-portrait so you can see just who this nutjob is that never sleeps & is oh so so serious about buildings, signs & statues.  And I do SO hate having my photo taken.  But now that I’ve entered my 50s, I  just give up already.  Wrinkles, grey hair, whatever.  I’ve earned all of it.  I took this one with the camera to the side of my head next to this statue that I shot on the last Charlotte trip:
http://www.flickr.com/photos/roadsidenut/4452695283/
It’s kind of a neat effect.  I like how it singled out the finger pressing the camera button.  But I could live without the squinting in the sun expression.

Diner lovers must be excited about this brand spanking new diner that’s being installed.  I’m not that up on modern diners but I know just enough to know that this has to be either a Starlite or a Dinermite.  I’m sure someone will chime in immediately with a comment.  I much prefer the old diners but this is sure a novelty in downtown Charlotte.  This wasn’t here at all two months ago.

A fun group of signs in Charlotte.  There are maybe a million neon ice cream signs out there — but I can only think of a couple neon pizzas. 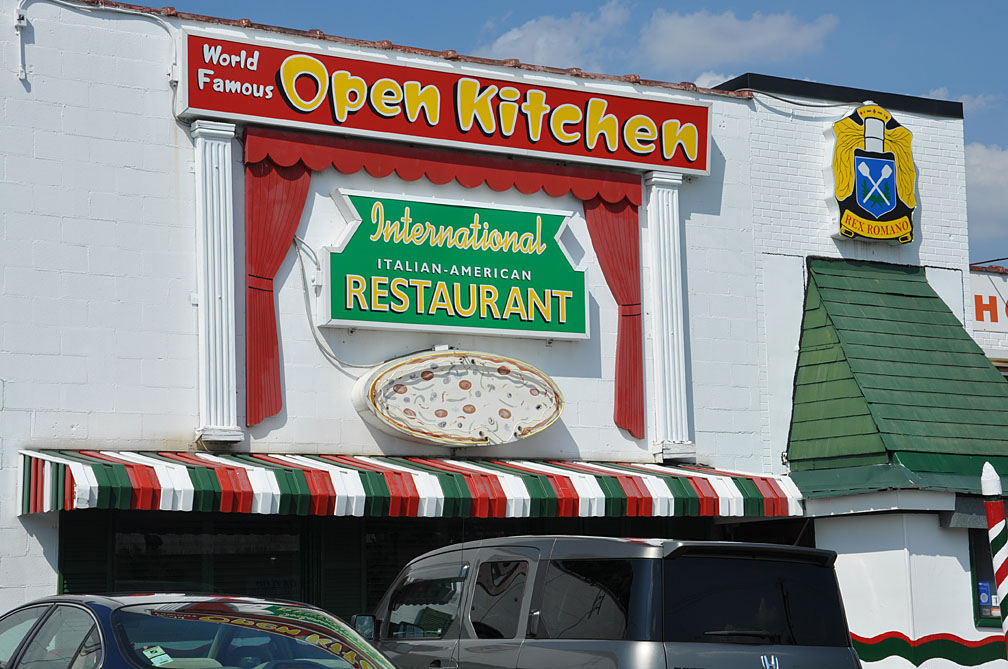 And finally — I know some of you have been holding your breath — road snack!  This is the first ice cream of the trip despite the heat.  Actually, the first dessert-y food of the trip.  I was holding out for the vintage Wilkinson Blvd. DQ in Charlotte — and boy, was it worth the wait!    You’re looking at a Strawberry Blizzard (which is vanilla soft serve with strawberries) with adds-ons of chocolate chips & walnuts.  $4 something.  Dinner.  Wonderful.  And the dogs thought so, too. 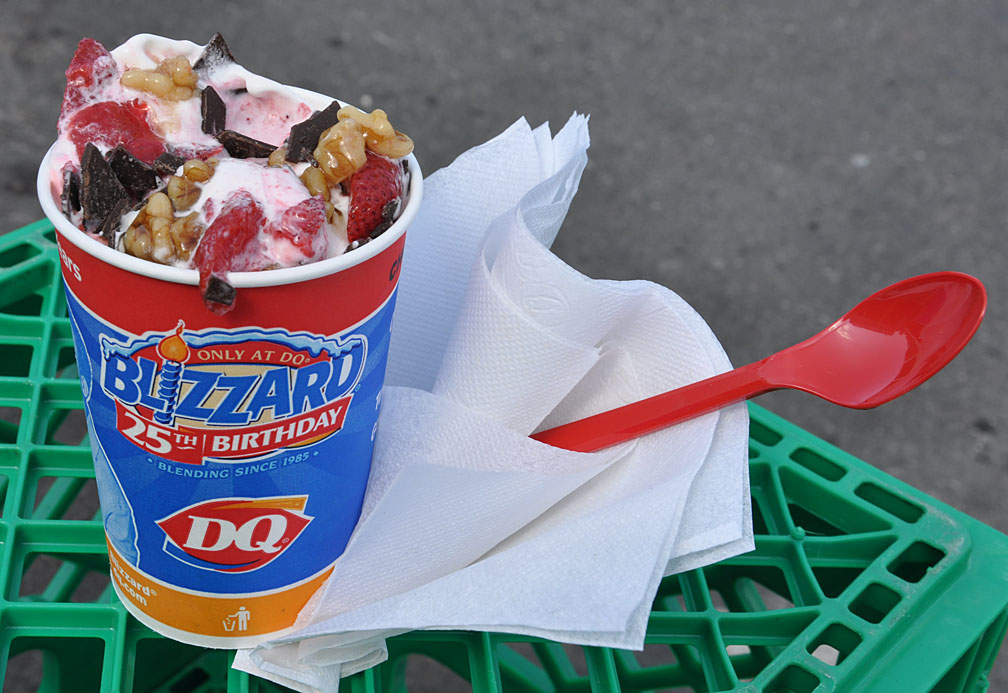