This always happens on these trips. As exhausted as I am, I don’t want to go home.  Especially when the sun is shining and I have stacks of maps and lists yet undone.  A sane person would have hit the highway today and been halfway home by now.  But I was determined to knock out stuff around Louisville so that I can focus on the eastern part of KY next spring.  I still have a few more stops in and around Louisville for tomorrow morning.  I’m tempted to dawdle a bit more in KY as I have some stuff that I really wanted to get to on this trip.  But it’s an 11 hour drive from Louisville to NYC.  So I’ll give myself a cut-off of no later than noon before I hit the interstates in a big way.

Grassy lots today for the dogs.  Nik and Grem were very disappointed when they could clearly see the gigantic river(s) from Paducah and Louisville today — and didn’t get to go!  As exciting as these trips are, I think we’re all more than ready to be home.

A few shots from Paducah.  It looks like they removed the vitrolite panels above the shop to add those air vents? 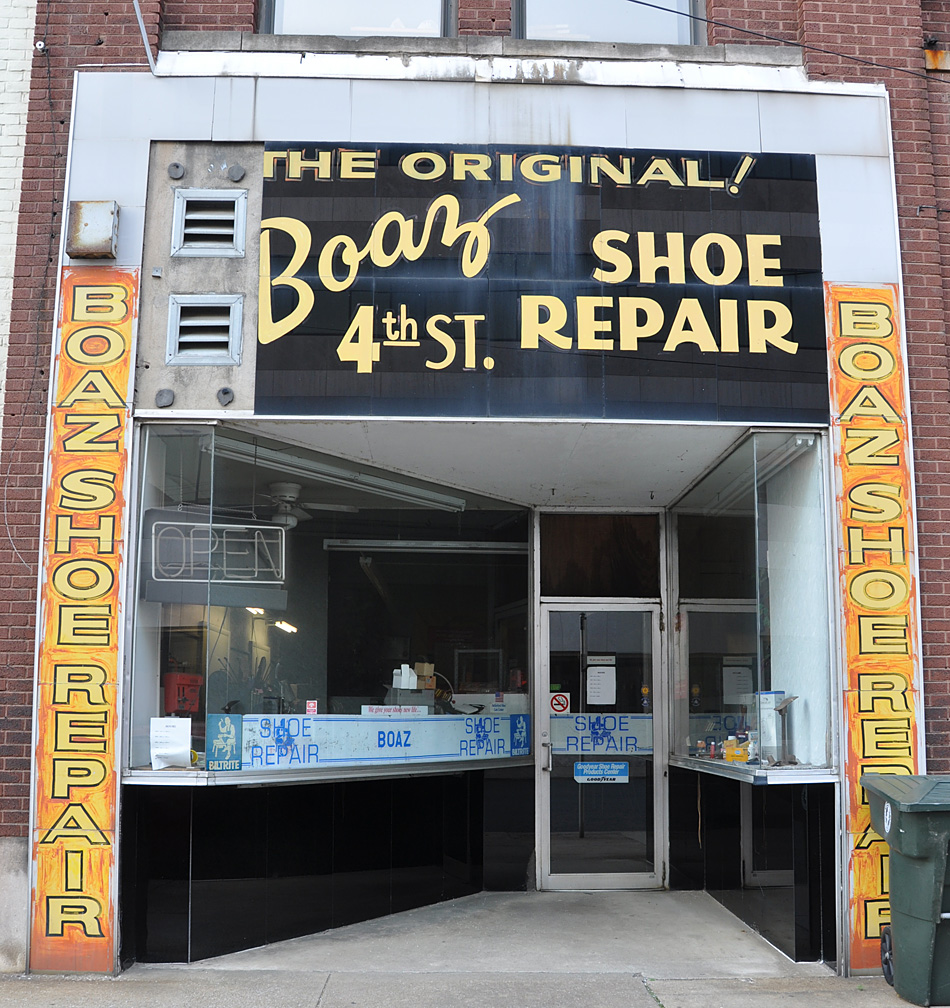 I love the way the zigzags of the lights and roofline complement each other:

There’s got to be a name for this style roof but I’ve never heard of anything.  The lollipop style sign is great, too:

Moving on to Henderson — love the way the parts of this building are stacked:

So this must have been a gas station originally — though I’ve never seen one of this design before: 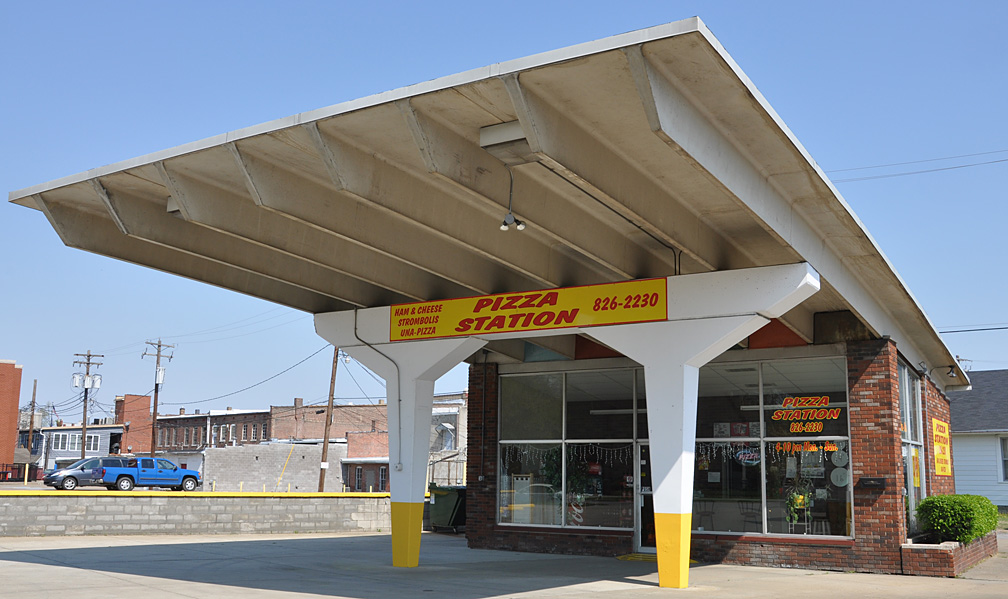 A trio of signs from Owensboro: 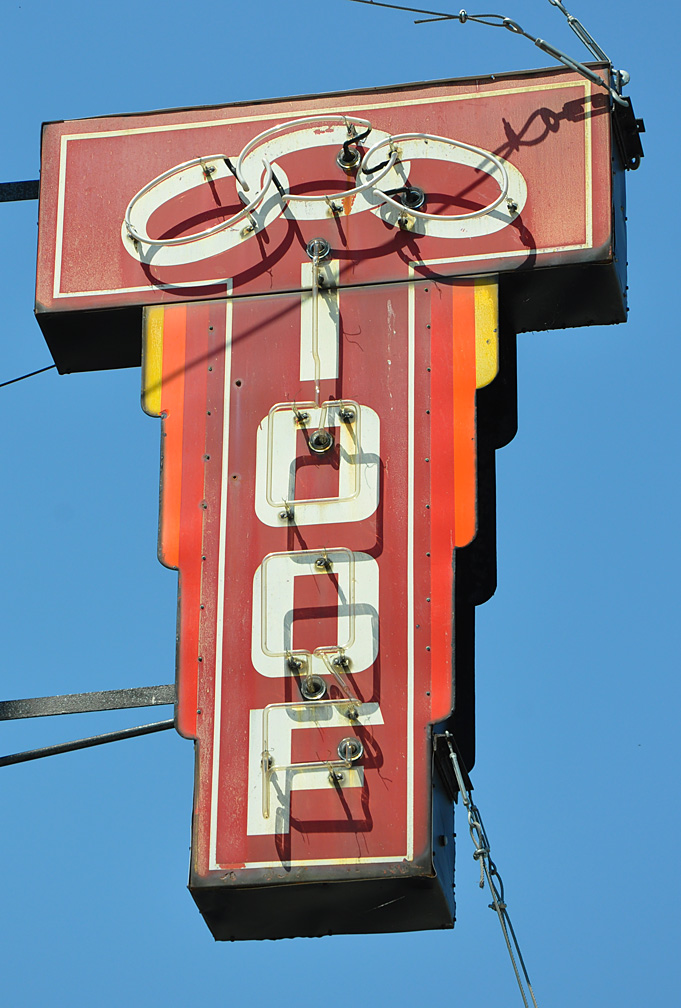 And later, finally, into Louisville.  A couple detail shots from Stephens Drugs: 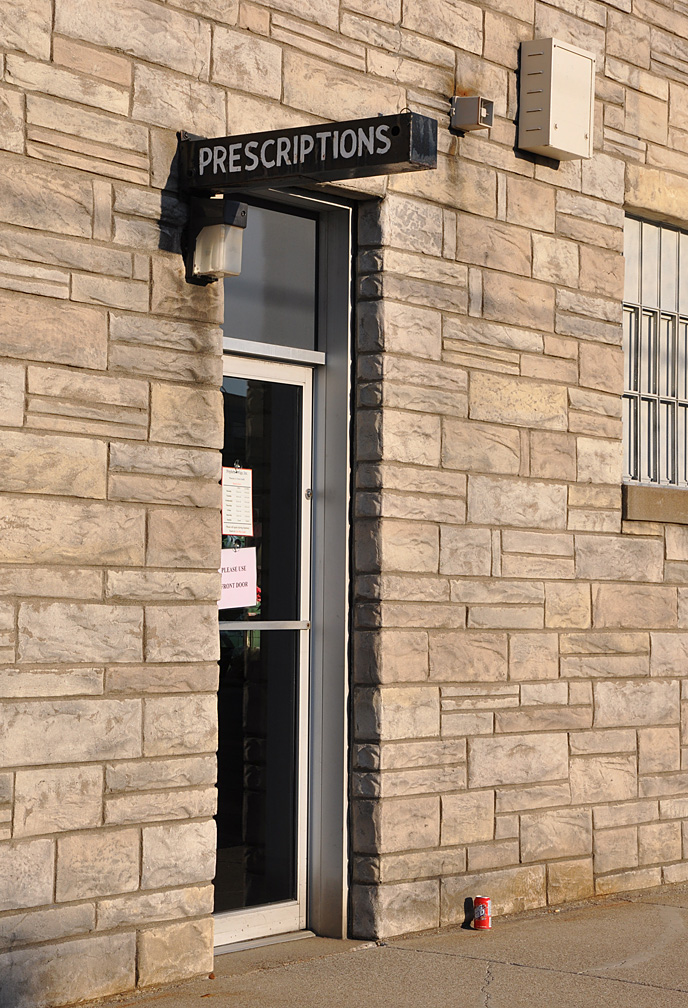 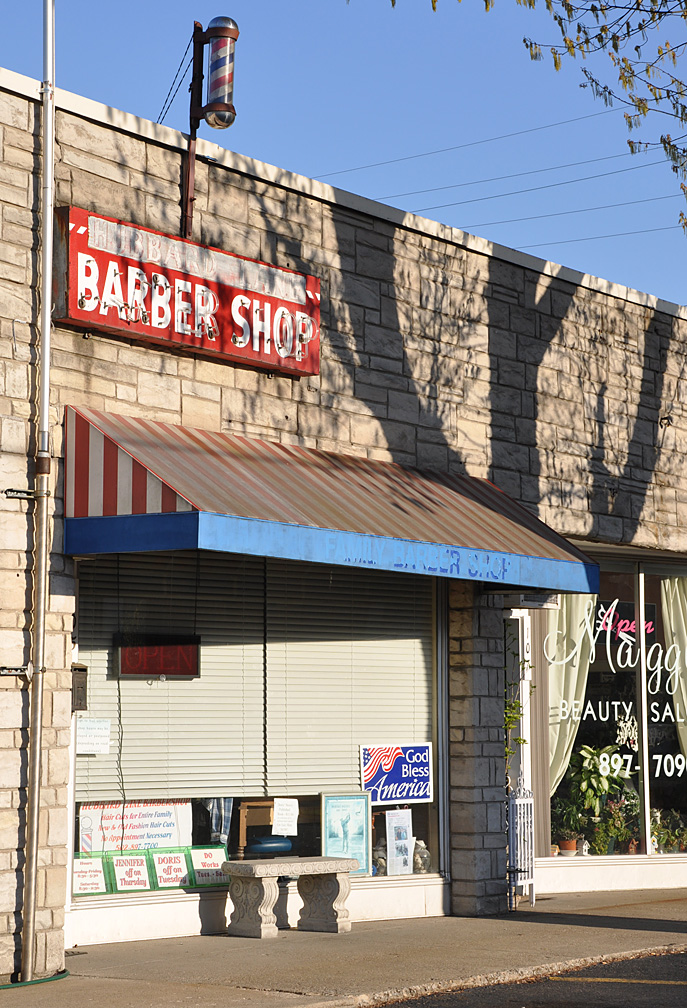 No food shots tonight — but I can give you a modern pickle sign from Louisville.  The place features fried pickle chips.  No, I didn’t get any:

And last one from Louisville — to go with the other parking signs I blogged about in New Orleans a week ago or so:

The next “wrap-up” post will be from home with more photos from the final day.  I can’t promise it’ll be Monday but it should be no later than Tuesday night.