The last day of the trip was pretty unexciting.  Not much to shoot on I-80.  But there was a quick stop in Harrisburg, PA to shoot a few things.  Glad I forced myself to take that break.  There’s only so much that coffee and radio can do.

Across the street from a diner that I shot were these twin garages:

Some nice details on the one at the left: 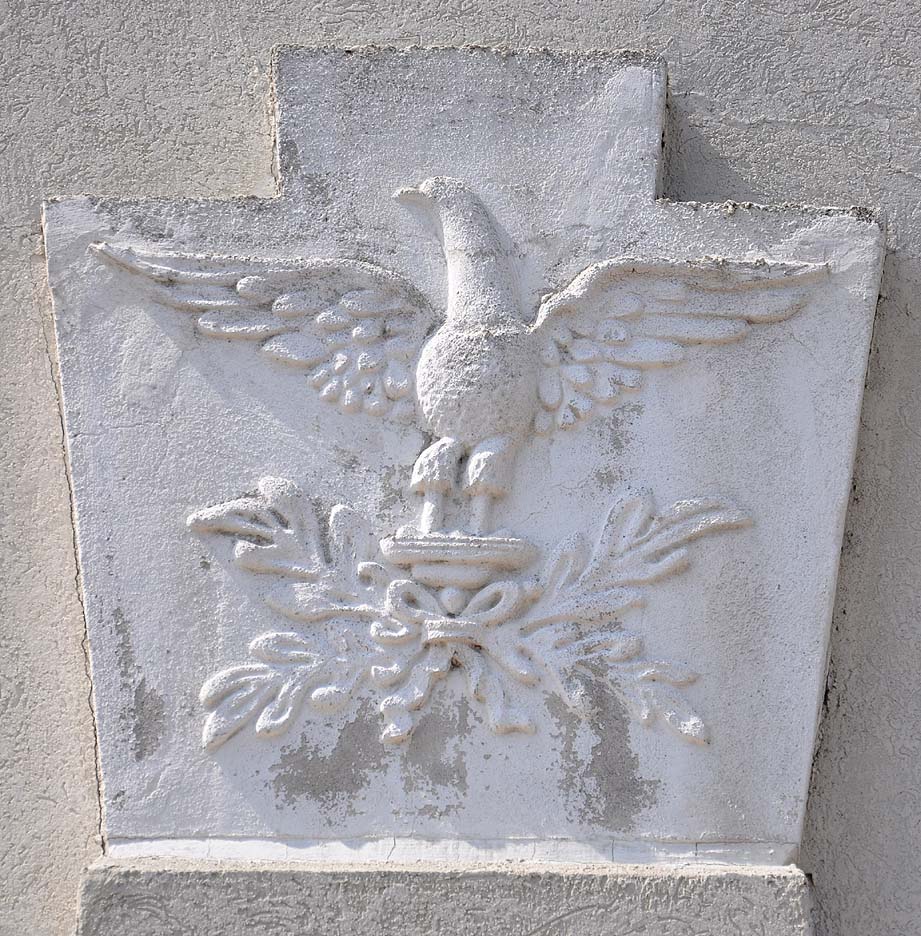 And taking a lazy route back to the interstate, I came upon this funky sign.  Probably faux deco rather than the real thing but still fun:

The worst part of the drive was the last hour and a half.  Traffic backed up for about an hour in NJ waiting to get into the Holland Tunnel.  Ugh.  Bad enough but torture when you have to pee.  And then the hunt for parking for about a half hour.  Ah, life in the Big City.

The rain, yes, the rain hampered my shooting a bit.  I haven’t counted up the photos but based on previous trips, I probably have about 4500 photos for the website.  Which will take some time to get ready, research, and insert.  I’ll make Xmas my goal.  You can keep an eye on the “what’s new” page at the website to monitor my progress if you like:
http://www.agilitynut.com/whatsnew.html

Settling back into the groove here.  I’m anxious to get back to the Midwest for Part II next summer.  I have untouched stacks of maps and lists right here staring back at me.  If somebody wants to send me say $10,000, I’ll go back there next week and finish up.

If you’ve been slogging through my blog on a daily basis and will now be suffering from withdrawal, you might want to check out the more “serious” stuff — the photos taken and uploaded simultaneously over at Flickr during this trip:
http://www.flickr.com/photos/agilitynut/sets/72157621743650868/

No food photos for you (although I could’ve gotten my NYC bagel I suppose) but I took a few of the dogs this morning for you to close with.  For those of you that are not familiar with “stoops”, they are a big part of city life at least out here in the Northeast.  Used kind of like a tiny porch — people hang out on the steps to talk, eat, have “stoop sales” (like garage sales).  Anyhow, this one is one of my favorites with the leafy detail right across the street from my apt. 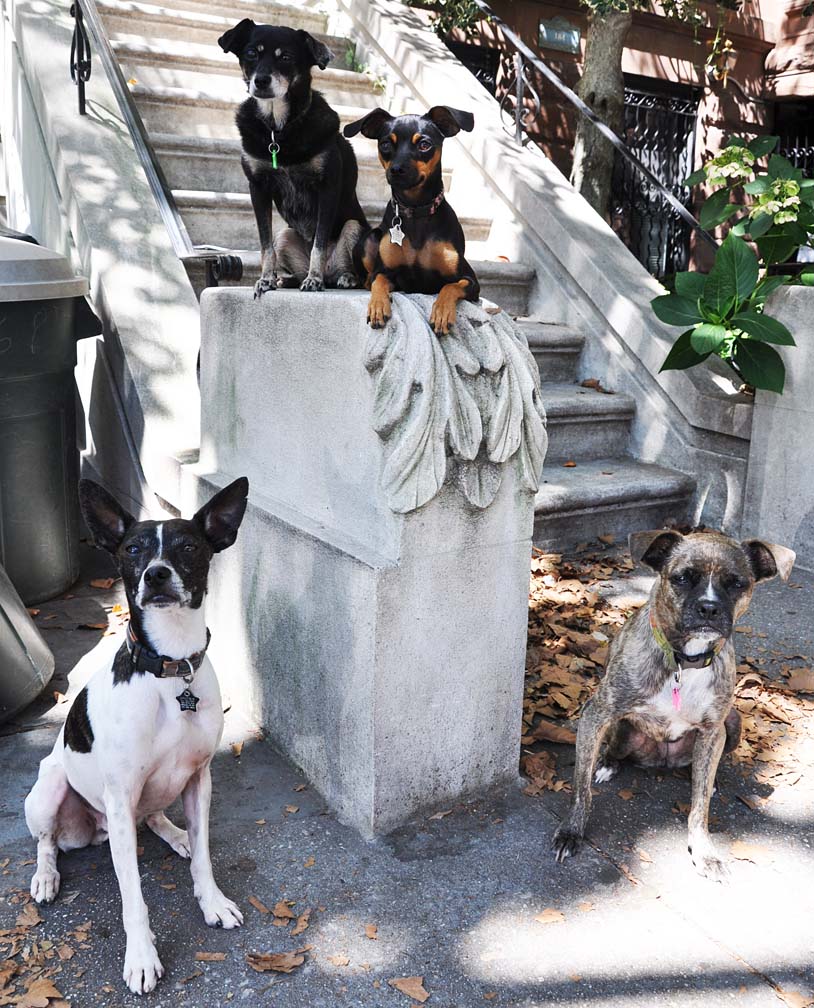 And then, this is my stoop — a larger shot to show you the worn but still nice detail on the front of it.  The steps lead up from the left to this part.  I’ve lived in this apartment for about 18 years so it’s about time I took a photo of this! 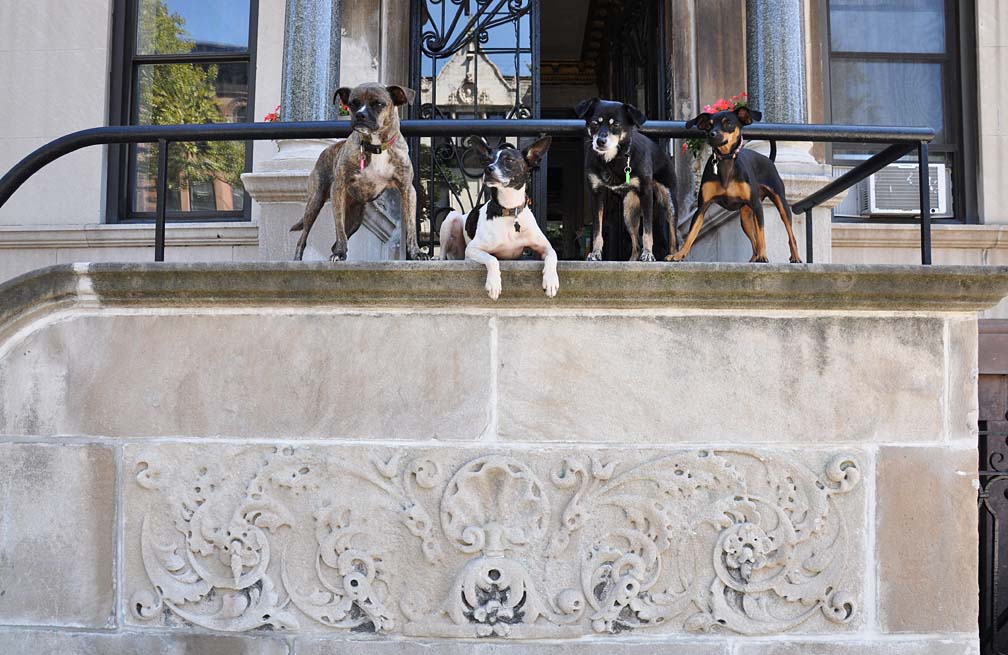 I hope you enjoyed our trek through the Midwest.  Come join us again in the spring when we head south.  Or just maybe I can sneak in a week or two before that to take a blogable trip in the long ignored Northeast.  Til then — may your own roadtrips and trips around town be enhanced with fun discoveries, tasty snacks, and great companions.