Great sun and clouds all day.  I wished I had had a denser shooting schedule to take advantage of them.  Instead, I would drive about an hour between photos at times.  Lots of corn.  Lots of cops — but they didn’t catch me speeding today.  Only about a week more to go on this trip.  I’m thinking I will probably just scrap KS and MO entirely on this trip and do the Southern IL & IN stuff on the way home.

In addition to the rivers and grassy lots that I found, I took the dogs to a dog park in Clinton, IA today even though it was still the weekend (see previous post).  “Prairie Pastures Dog Park” was a wonderful place with good fencing.  $3 per dog (an honor system pay station) and well worth it.  A small lake and lots of good landscaping for sniffing out bugs & where furry creatures might have been.  Separate areas for dogs that need it.  Nice people, nice dogs.  I’d definitely go slightly out of my way for this one again.  The park it was in was gorgeous as well.
http://www.soaringeagle.20m.com/about_1.html

Some food shots as promised.  Nothing that exciting — but I’ll work on it.  This might have been the perfect donut.  Duncan Hines tasting chocolate cake with maple frosting.  Nuts would have moved it from an A to an A+.  From a gas station — next to this defunct gas station on the Lincoln Highway in Stanwood. 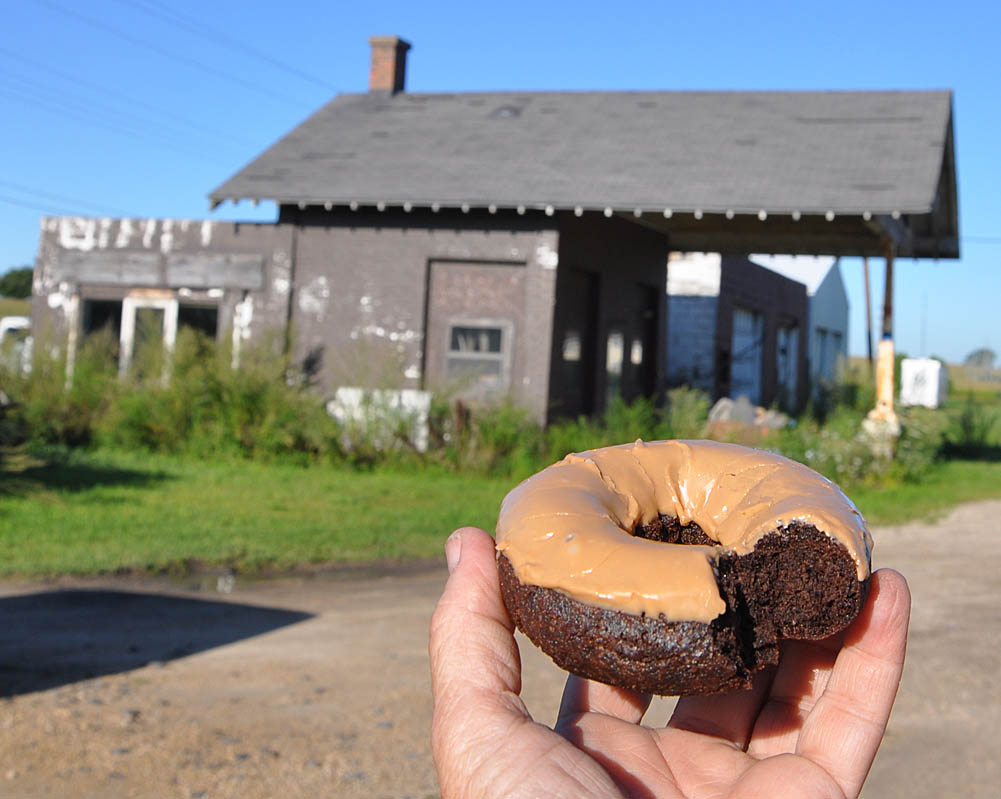 Later that afternoon… I’m not a big M&Ms fan but always eager for something new.  And I needed lots of sugar and coffee to get through this big highway day.  Strawberry and peanut butter — an unusual combination but it worked for me.  I’m sure it’s a limited time only thing — and I bet not all that popular.  So if it sounds appealing, you’d better track some down quick.

and another from Decorah: 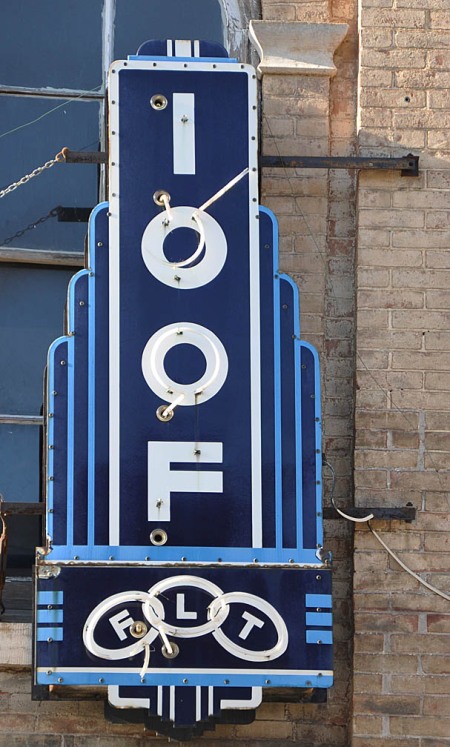 On the way into Galena, was this log cabin that was originally the home of Ulysses S. Grant.  I thought for sure I could just grab an online link later to include here but I’m coming up dry.  There’s only talk of the much bigger house in town.  I do remember from the plaque that a few families lived in the house before it was moved here.  One family raised five children in it, another raised six children.  I’m not sure if  this would have enough room for me and the dogs.  I don’t see how they could even get that many beds in there.  Did they all sleep together?  I have lots of questions. 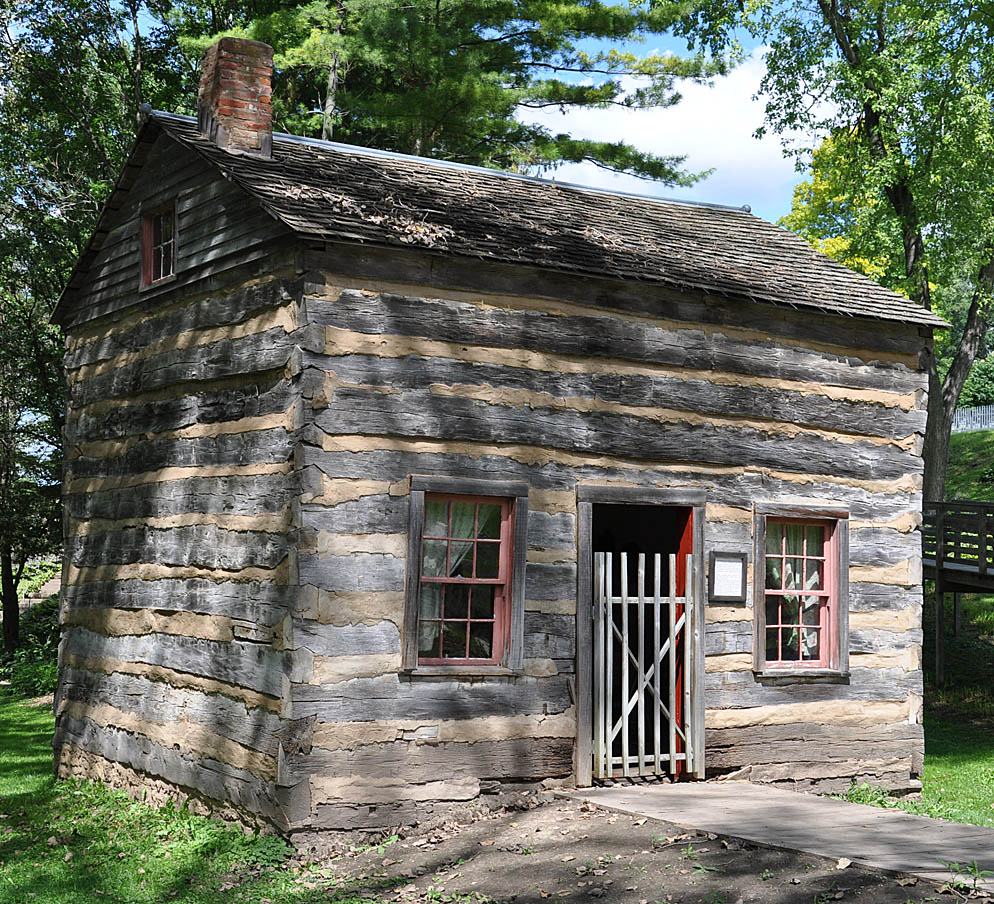 Earlier in the day, I was in some little farm towns.  They seemed more like movie sets especially since the shops and offices were closed and the streets were deserted on a Sunday.  Mini libraries, city halls, and post offices.  Quite a change from Chicago just yesterday.  This was Oxford Junction: 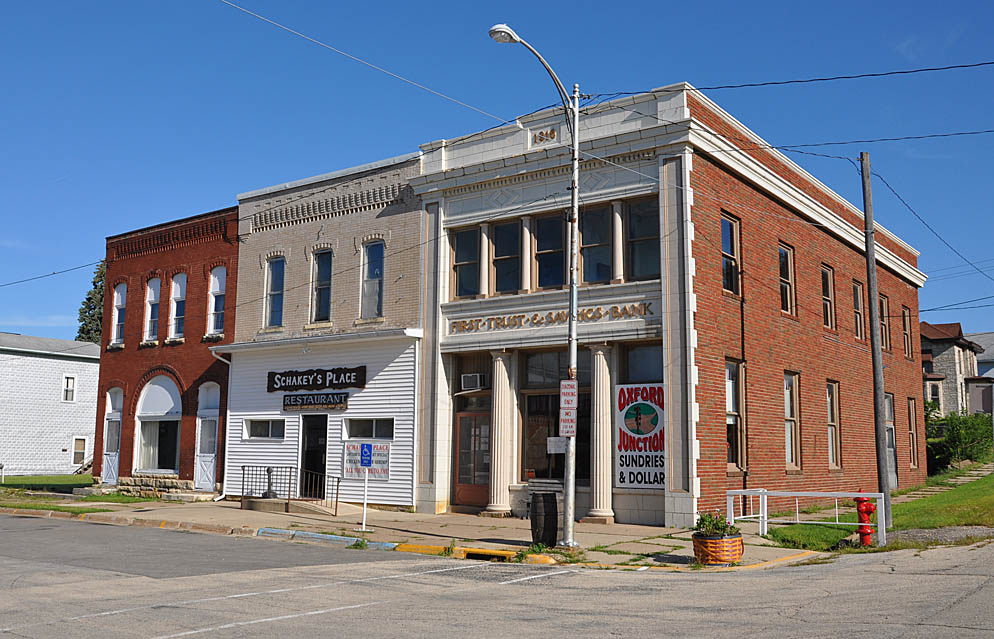 In downtown Clinton, this building really stood out and just had to be Louis Sullivan’s work.  Sure enough, googled and found this:
http://en.wikipedia.org/wiki/Van_Allen_Building 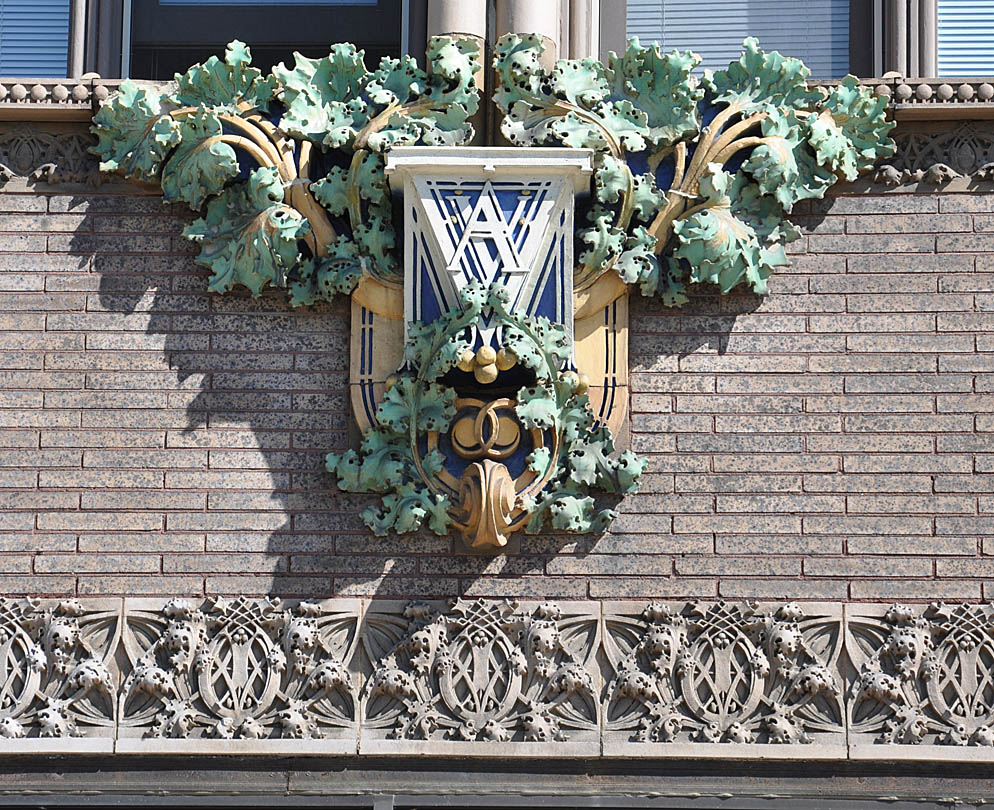 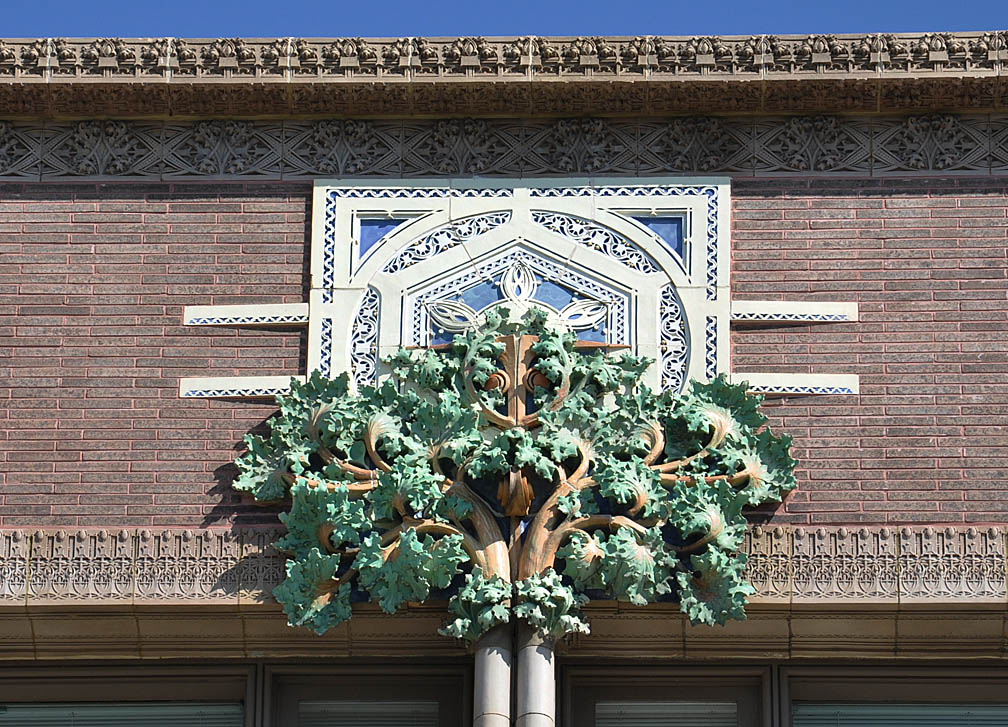 Another great building/store just down the street:

The bottom part of the neon sign obscured by the later-added metal canopy spells out the address: 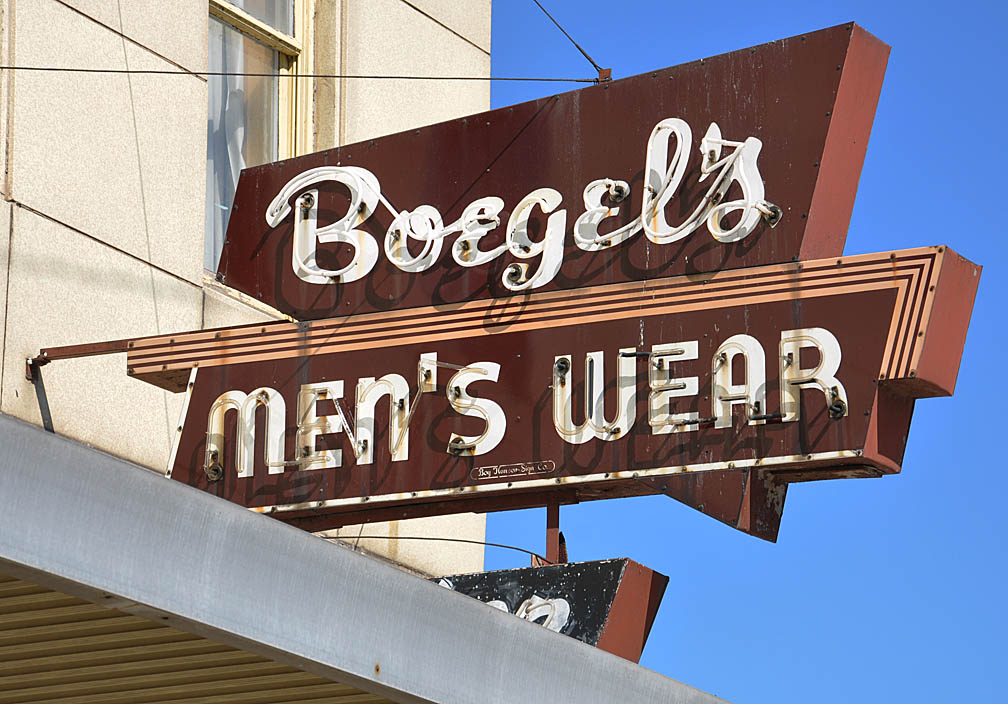 I scooted across the Mississippi River today for a bit to get some stuff in Illinois that made more sense to do on this portion of the trip than last week.  This sign is from Savanna, IL:

And lastly, you may remember from previous posts about stones and rocks used for architectural detail?  Well, I think this storefront in Decorah takes it to the extreme: 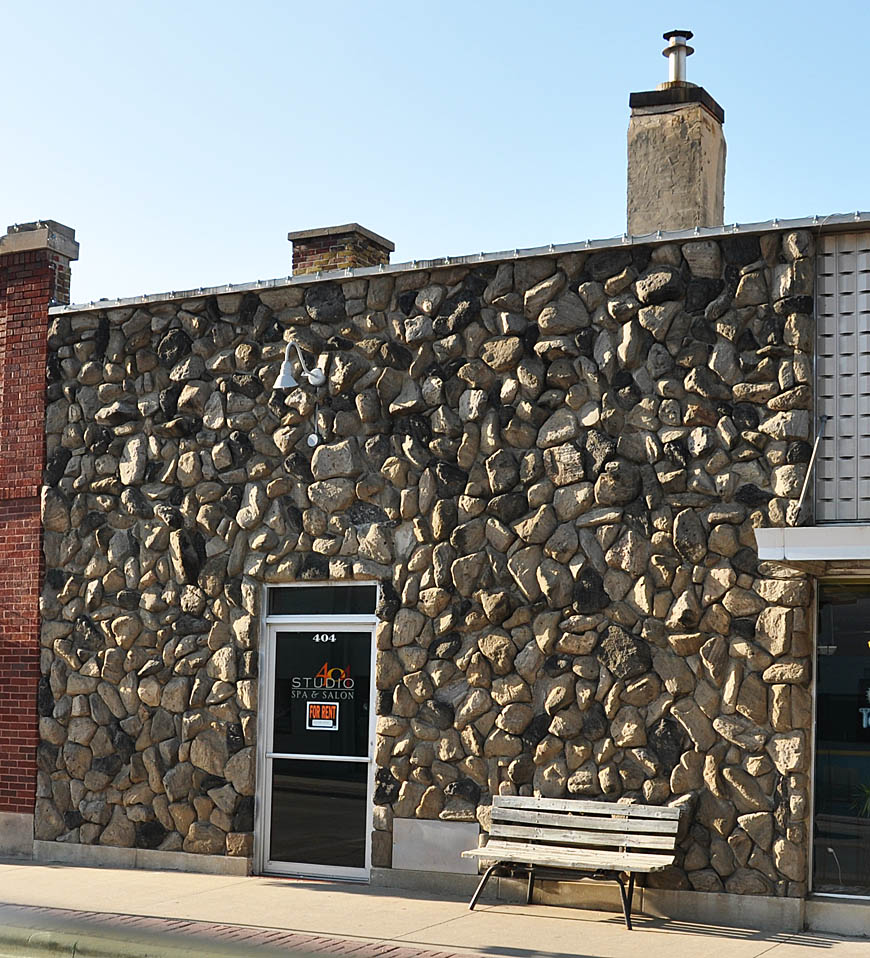