No mishaps but today started off slow and rather depressing.  Pea soup fog made for dark & dreary photos for half the day.  Luckily, it wasn’t an action-packed morning.  Lots of miles between stuff as I hustled across GA to catch up with the schedule.  Somewhere in there, we passed this trip’s 3,000 mile mark.  Then, lo and behold, as soon as I crossed into FL, the sun came out.  Almost too much sun as a number of photos look almost washed out.

The dogs got the usual vacant lots until we got to to FL and I treated them to a good long beach romp as promised in Fernandina Beach.  Nik found a 7-year old boy to throw his ball incessantly.  He loves other people to throw things for him even more than me.  Especially kids who can’t throw very far as it means more reps for him.  Grem disappeared over the dunes and gave me my daily panic.  Then she came zipping back after about five long minutes.  Fix found people to pet her & Grip found stinky semi-edible stuff.  And I got a good quick sunburn.  So everybody was happy!  And tired. 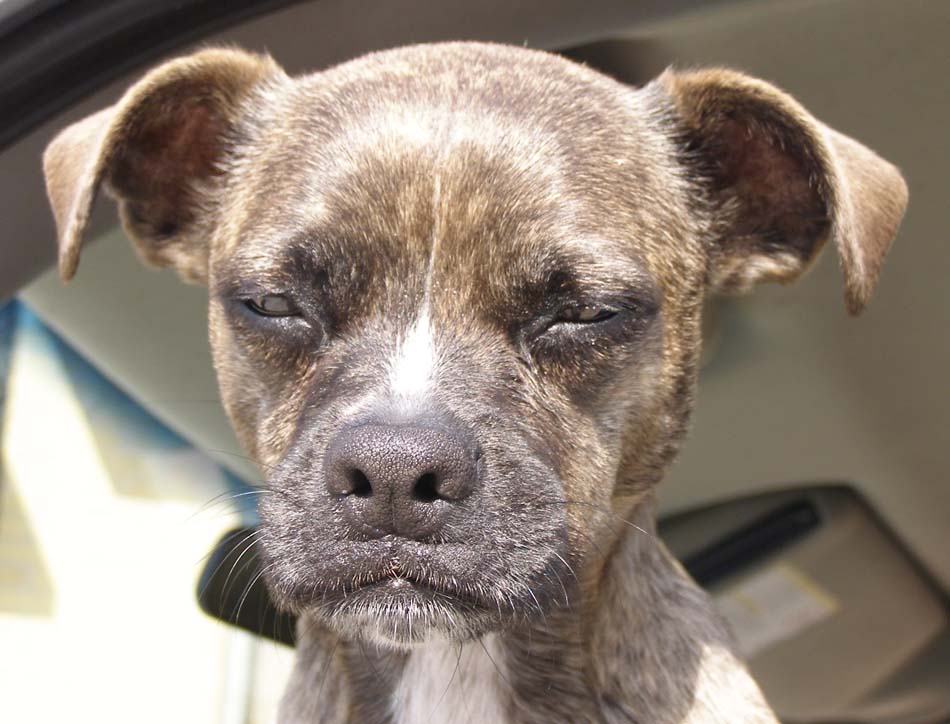 I did a thorough FL trip about five years ago but since then I’ve discovered lots of new places to see.  Also, many things need to be reshot due to bad weather/sun conditions or just to check & see how much they have changed.  I don’t expect to return for another number of years so I’m trying to cover a lot of ground and devoting the better part of a week to this state.

In Tifton, GA, I checked out this Dixie gas station.  As far as I know, it’s the only one still open.  The pumps are topped with globes which must be replicas. 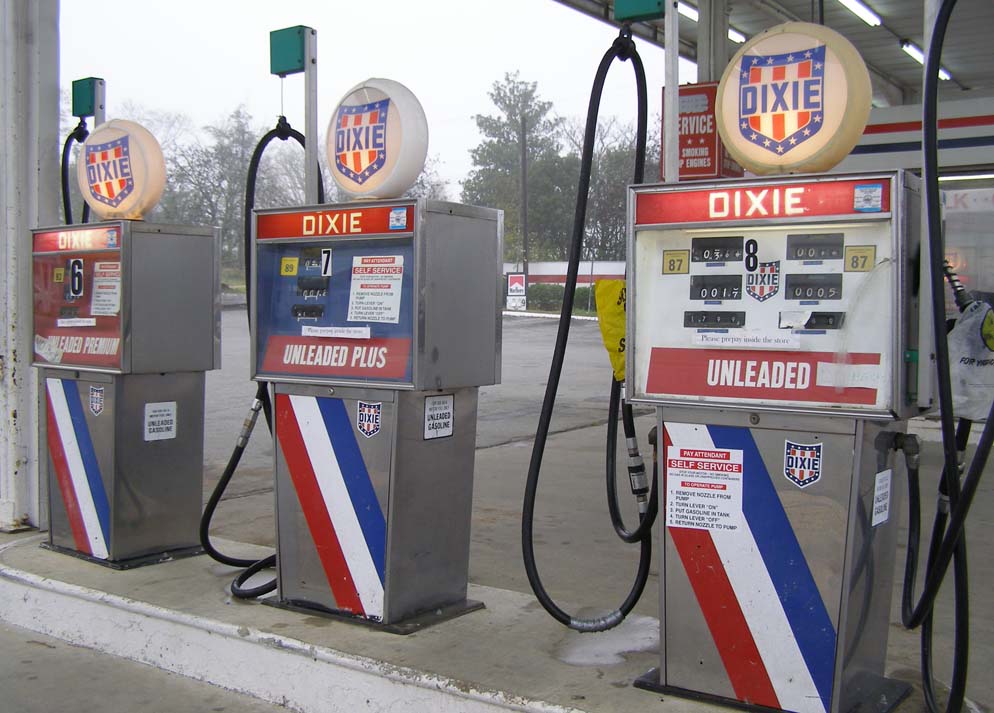 Here are a couple signs from GA.  This one in Nicholls:

and this one in Alma: 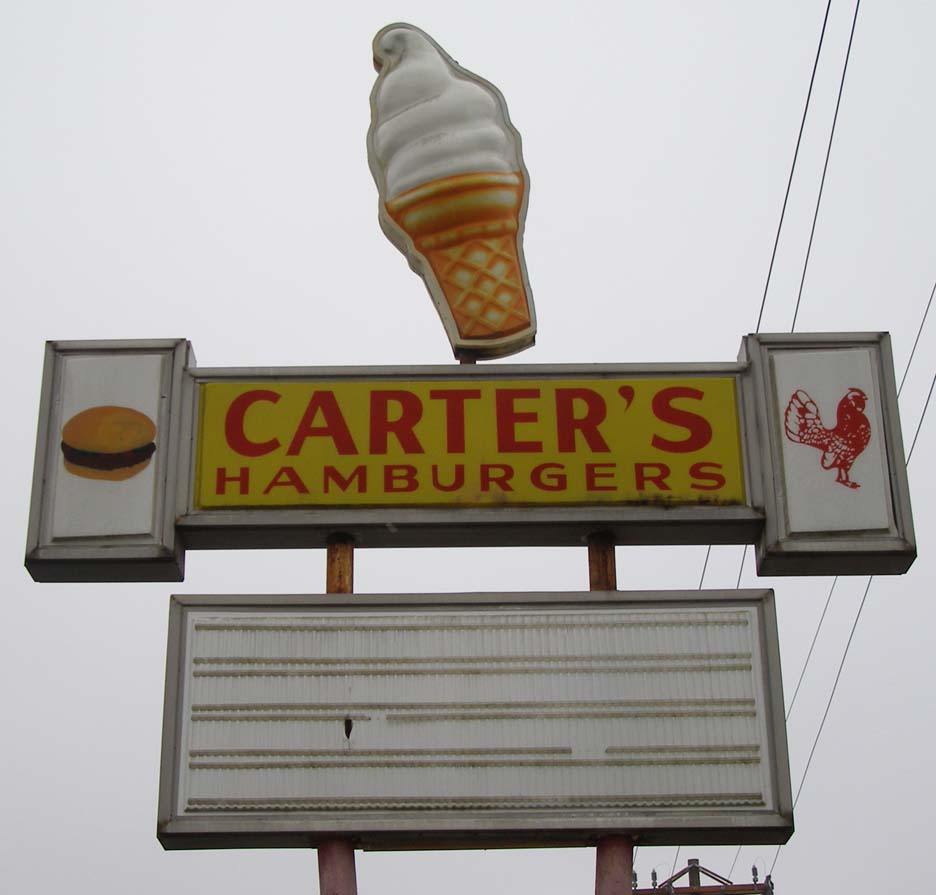 This is an unusually cheerful re-use of an old Kentucky Fried Chicken restaurant.  Just about all these mansard + cupola KFC’s seem to be abandoned.  Flamingo’s Party Store is in Brunswick, GA.  I like how they left the roof alone and just spiffed up the storefront.

Just into Jacksonville, the sun came out and this building screamed with its colors “take a photo of ME!”.  The rooftop is incredible.  I’d love to know the history of this place.

I’ve seen another rooftop U-Haul truck like this in Tulsa, OK. So maybe there are/were others around the country. This one in Tulsa spins – this one in Jacksonville doesn’t (or at least it wasn’t today). 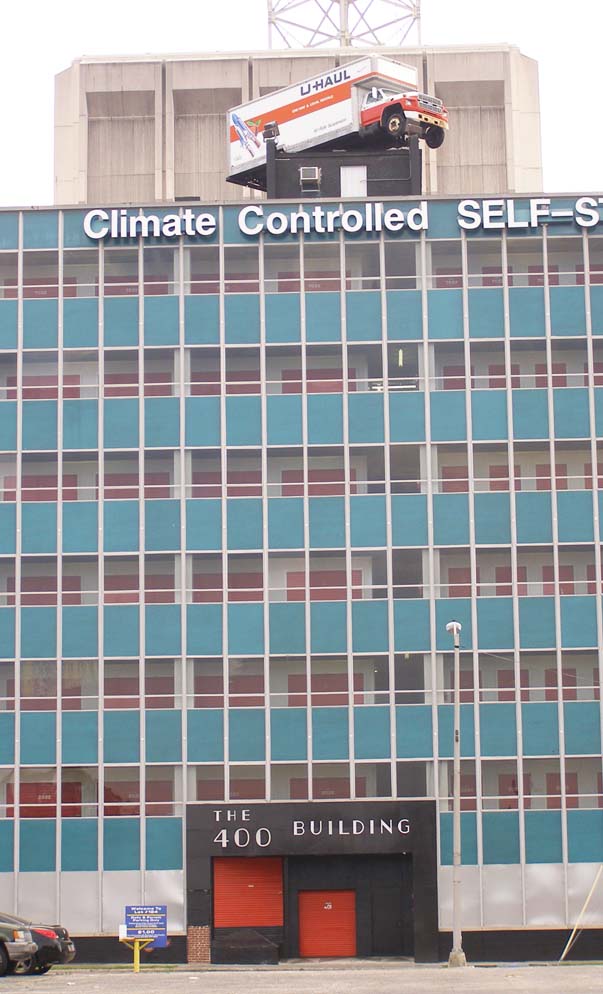 A few more signs from Jacksonville before I crawl into bed.  These first two were side-by-side.  “The Joe” sure isn’t appealing from the outside.  I can only imagine the inside.

Chopstick Charley’s isn’t the most inviting place either.  Those small windows scare me.  But I still like the politically incorrect signs.

And one of my favorite sightings today – welcome to Florida!