A very productive day — got all the way to Effingham, IL tonight.  I’m stopping at a reasonable time (10pm) so I can crank out some photos and shoot off a blog post after all.  But I just set the alarm for 6am and it’s midnight now — so let’s get to it.

The day started in Dayton, OH — at one of my favorite dog parks.  Which is right off the interstate.  Not that my guys need dog parks much as they are mostly good (not perfect!) off-leash.  I think there are seven acres.  Three separate sections.  Some pseudo-agility equipment in one of them.  I’m told the dog park was built on a landfill — which is not very romantic.  But it’s quite wonderful and we were the only ones there this morning.

I went back to get the camera & this is the look I got.  Hey, don’t leave us here! 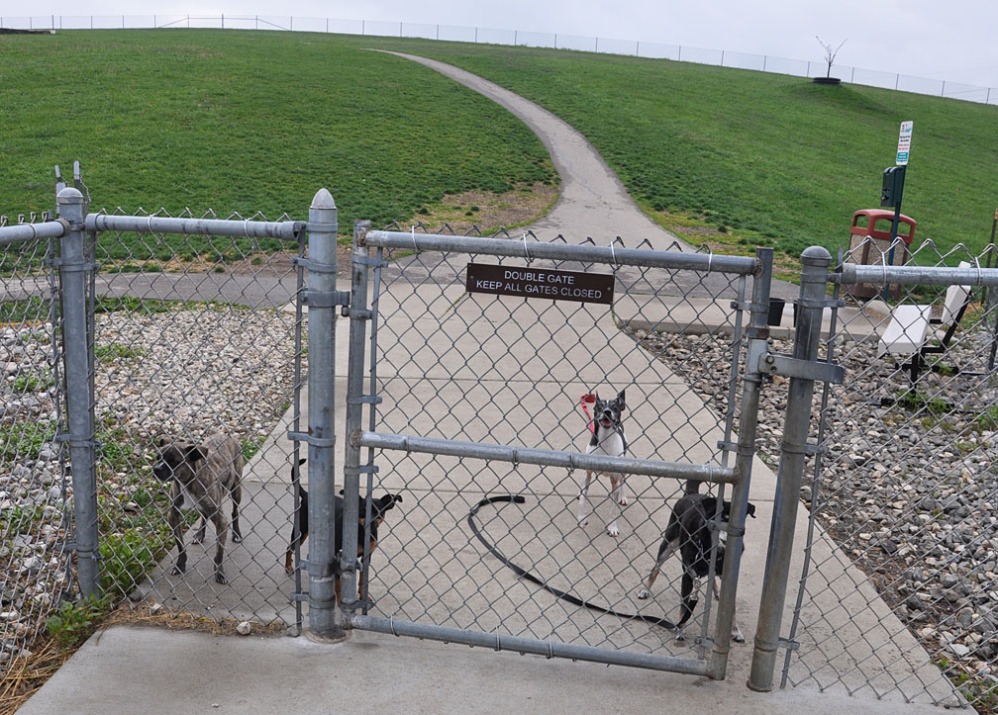 Quite the place, no?  That’s Nik in the middle with orange ball:

More doggie photos another day — no action shots because Mama forgot to set the camera up right.  Uh-hem.

Moving on to Cincinnati — only to get a sneak peek at the American Sign Museum before the mobs descend for the Grand Reopening.  I hope you’ll be there!!  June 2 — book your flight — whatever it takes.  And spread the word.

Tod and crew have been hard at work readying the new space.  Recently, sign painters from around the country came to help create the Main Street theme — just fantastic — and a great story of the gathering here:
http://signmuseum.blogspot.com/

Here’s a sampling of the signs you’ll see.  All eras & types.   It’s dizzying, overwhelming — in a good way– trust me!  You’ll need more than one visit. 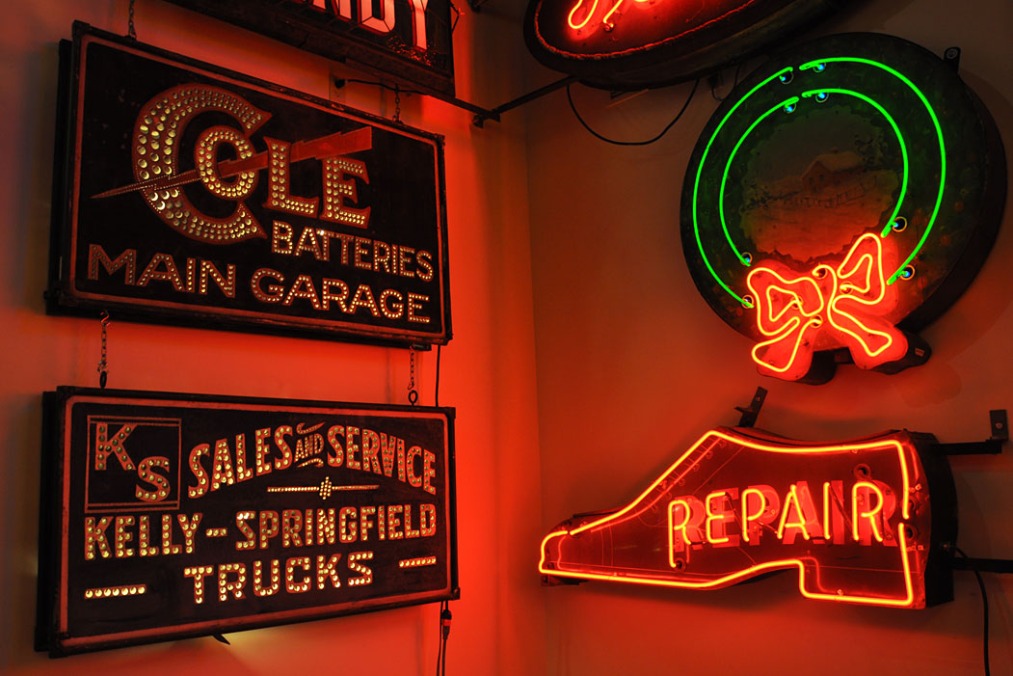 And I’m sure there will be an opportunity for seeing the backstage stuff — the signs not ready for primetime.  I think these two are new arrivals — I don’t remember seeing them before: 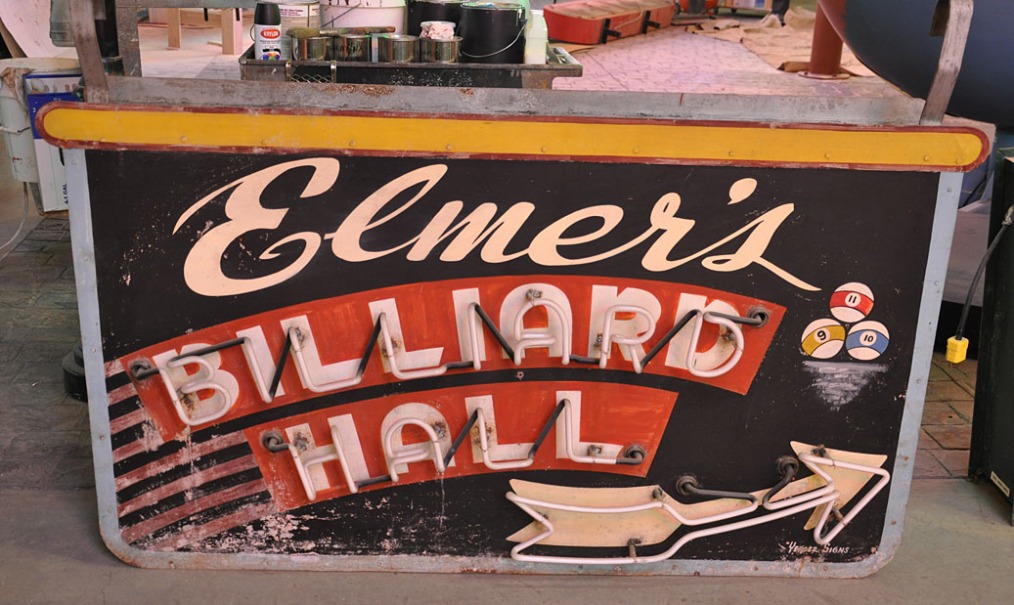 A neat one — and not just because my last name is Seltzer:

Back out into the real world.  And it was not pretty.  I had sun in the morning — but then en route to Indiana, things got ugly.  Rain like I don’t think I’ve seen before.  Just POURING.  Here was a quickie out the window shot in Cumberland, IN: 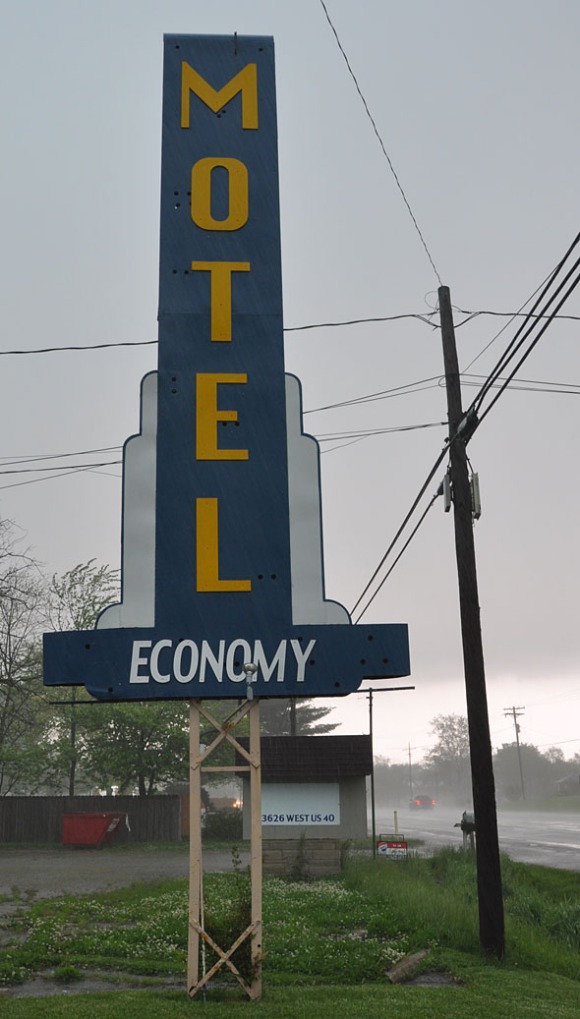 On to Indianapolis — where the weather alternated every few minutes between pleasant and nasty.  An unidentified liquor store (no sign other than this one):

And lastly (gotta keep it short tonight) — the perfect final photo stop of the day at the Pyramids (still Indianapolis).  You either love them or hate them.  I love them.
http://en.wikipedia.org/wiki/The_Pyramids_(Indianapolis)

The familiar view from the interstate:

What I love about them most is the amount of grass and water behind them.  Though it’s illegal I suppose, everybody heads home at 5 or 6pm and there it is all for the dogs and me.  Still too cold right now for swimming — but, boy, the dogs had a great time tonight!

Onward to St. Louis tomorrow & hopefully a decent dent in Missouri after that.  G’night!