Here we go!  This is going to be a marathon trip in this heat.  Thank goodness the A/C is working great because it hovered around 100 degrees all day.  The dogs got to swim in three different rivers today.  Though I’m a little nervous about rivers after those boys drowned in the Bronx this week.  I’m trying to pick calm, slow moving water.

I’ve been a little fearful about mechanical trouble but all is well.  For the past week, every time I start the engine there’s this humming sound.  It goes away after a couple minutes.  My mechanic can’t pinpoint it.  The belt, pulley & alternator have been replaced.  Still there’s that little sound when I first turn Sparkle on.  After she’s warmed up, no more sound for the rest of the day.  So I feel a little more confident after Day 1.  Car trouble can happen at any time I suppose.

Oh, followers of the Spring trip might be curious to hear the outcome of the key problem.  Turns out it wasn’t the key or ignition at all.  During the last PA mini trip, the key started acting up again (couldn’t turn the engine off).  Panic for about 10 minutes.  Then I moved the satellite radio over just a hair since it touches the gear shift arm.  That was it!  Just the slightest pressure was all it took.  What a relief and I’m so glad I didn’t spend $1,000 on a new ignition/key coding repair that would not have “fixed” the problem.

Also, from the Spring trip, I had the trouble about 75% of the way through the trip with a spot in the middle of each photo.  Cleaned lens, UV lens, even the computer inside the camera for cleaning — but still the dreaded spot.  Til about the last day when it went away and hasn’t reappeared since.  I guess the microscopic dirt or water granule dried up and fell off?

So now — on to the present.  Left Brooklyn at 3am and slept for a couple hours at a truck stop in the Poconos.  Less actually about 20 minutes sleep because of some guy calling “Simba” incessantly nearby.  I assume a lost dog or cat.  He didn’t seem panic-y though so I got the feeling it was a feral friend that he feeds.  I would have liked to make up the  time but the dogs were all rambunctious once the sun started coming up.

I had hoped to bang out all my PA stops — got through about 85%.  Will finish up tomorrow and move on to OH.  Not exactly the most efficient route to MO & KS, I know.  But I really wanted to grab a lot of stuff on my way there.  I’ve allotted about 3 days each for OH, IN, IL at the beginning of the trip.  Won’t hit MO/KS until end of Week 2 I think.

So let’s get to the photos before I unexpectedly collapse from sleep deprivation.  Oh, and if you’re new to this blog, there’s an entirely different chunk of photos each day over at Flickr:
http://www.flickr.com/photos/agilitynut/

From Moscow, PA — simple yet wonderful: 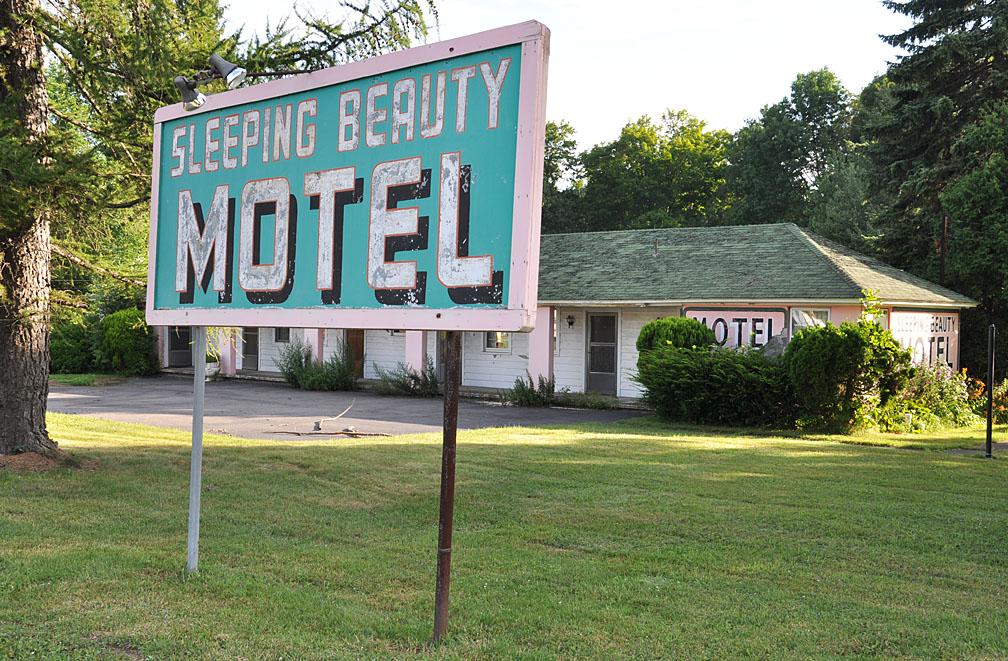 From Jermyn, PA — I put a close-up of the Avery’s Flowers sign over at Flickr.  This is the storefront shot — yep — iced coffee colored vitrolite (glass tile) and apparently original glass block:

I thought you might like an interior shot as well.  This Golden Retriever looked up at me as I peered through the glass then went back to sleep.  He/she has probably seen it all before.  The A/C was on for him.  I don’t know if the owners live in the back or what.  But he didn’t look like he was missing for meals. 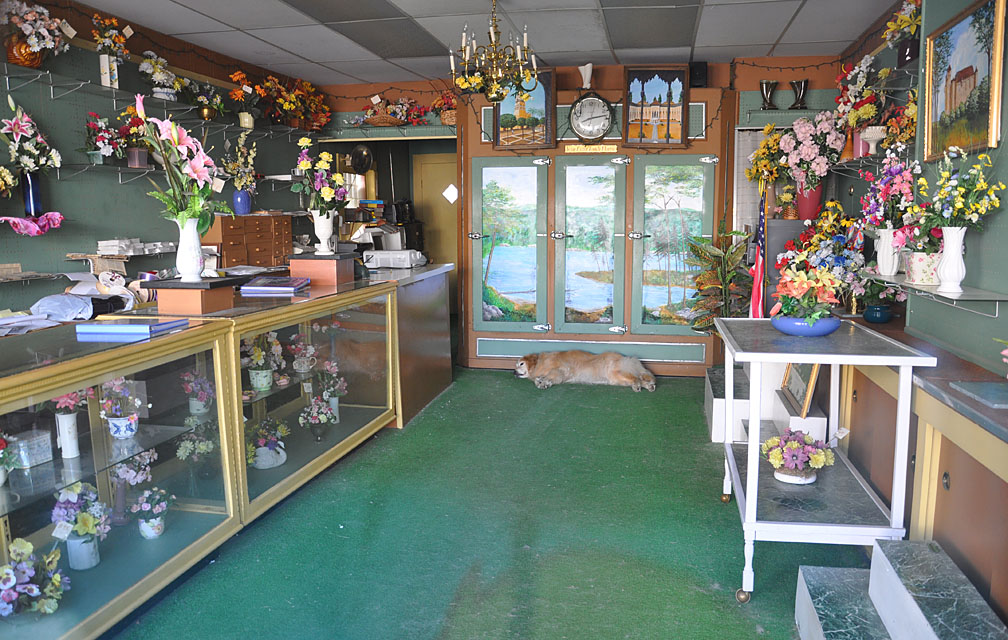 This bar is now Stalter’s Cafe but the sign lives on — in Scranton: 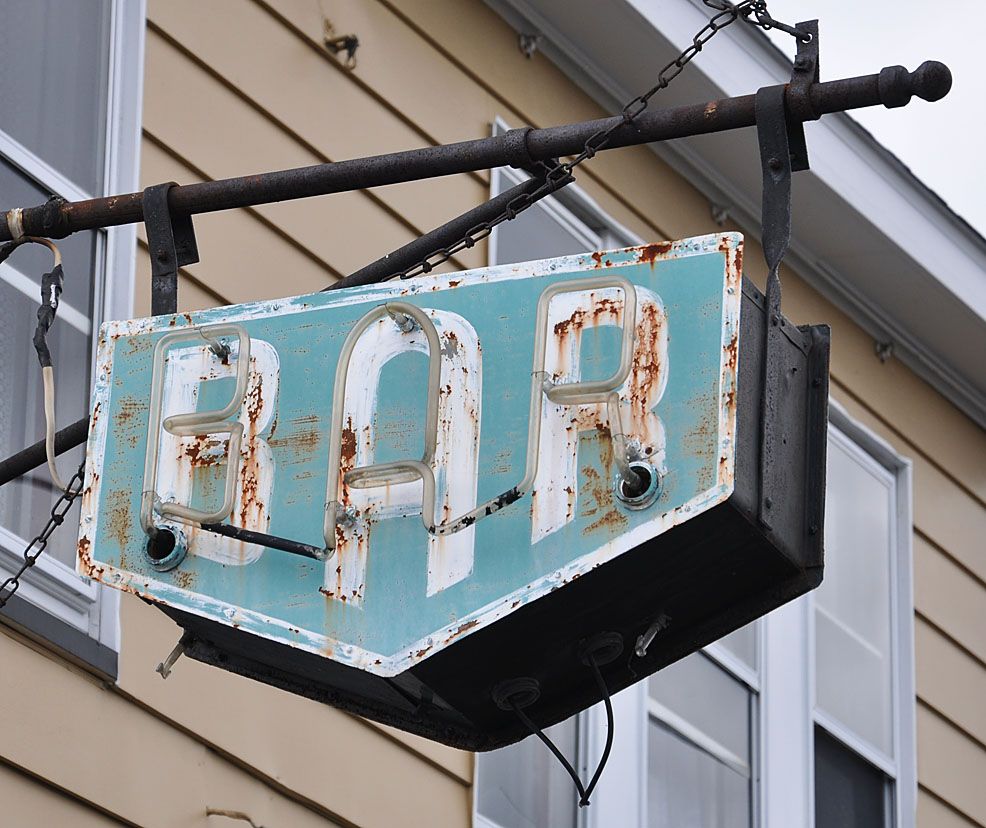 More from Scranton.  This seems to be a modern mini golf course — or a half course that is.  Very cute. 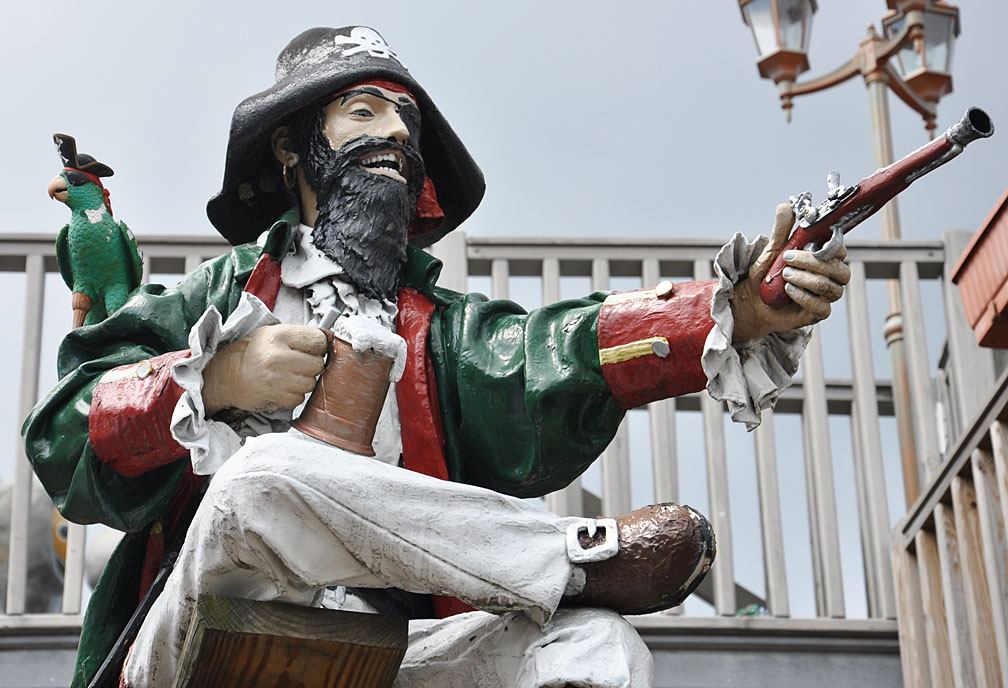 A “that-away” sign from Danville I believe.  I have no idea what it used to point to: 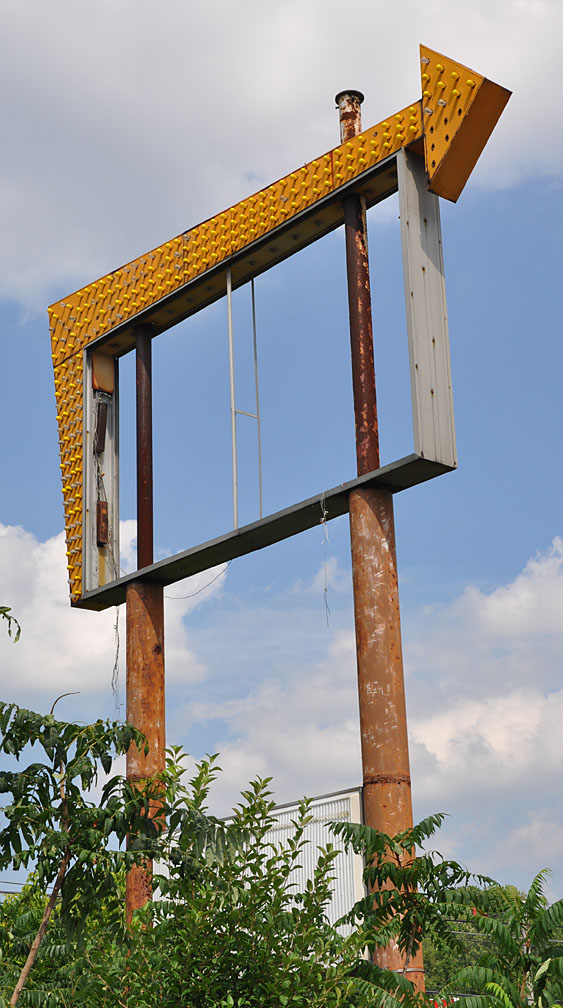 This bakery is in Montoursville: 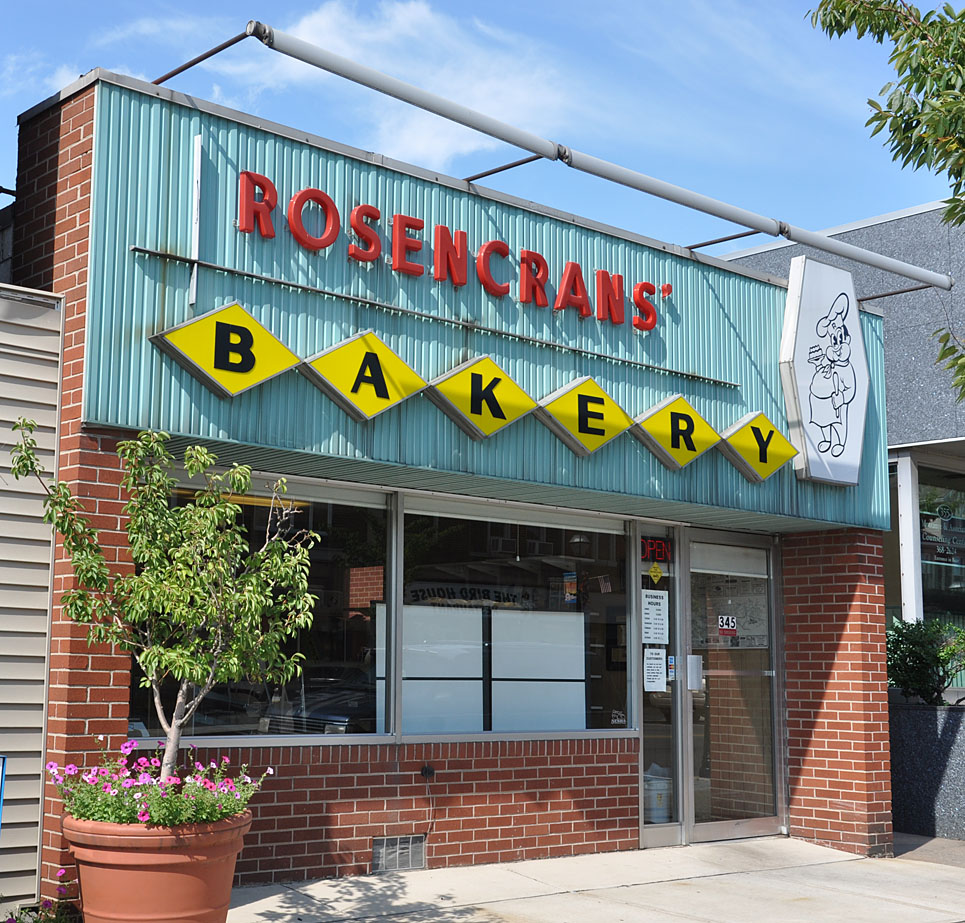 From Williamsport – I don’t believe I’ve ever seen a quonset hut cleaners before:

And lastly, an early evening shot from Punxsutawney.  This must be a new sign in the style of so many vintage signs.  Nice job! 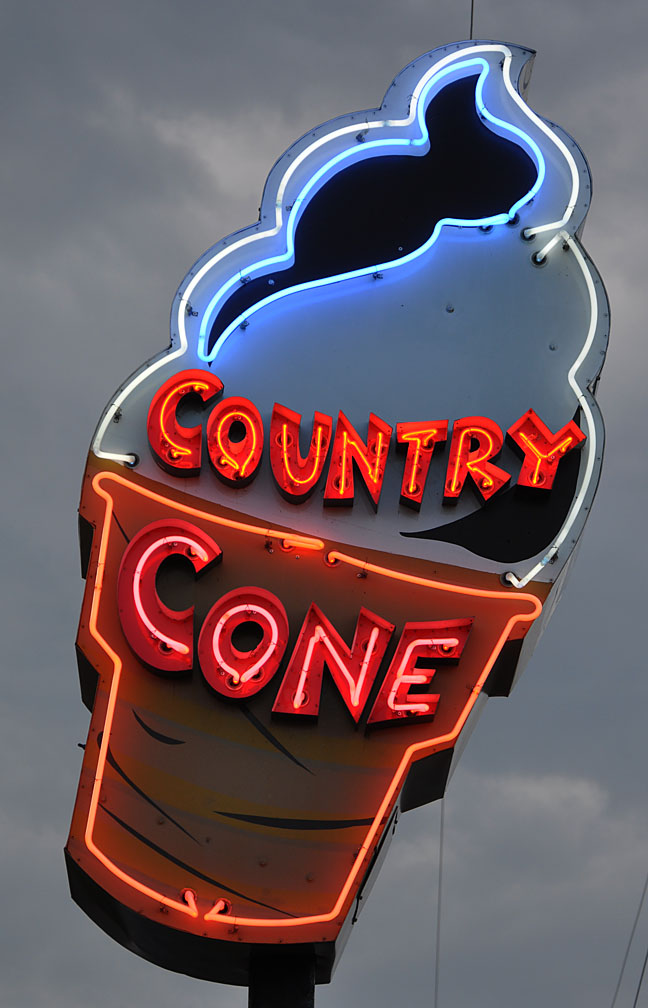 More from PA & OH tomorrow night.  I might be in bed before midnight tonight.  That might be a first on these trips.

11 thoughts on “Day 1: Back in Pennsylvania”