Didn’t quite finish up Ohio today try as I might.  Hopefully will cross over into Indiana by noon tomorrow.  My stack for that state is quite intimidating and I only have four days to do it in.  Missouri might have to wait til another time if I get behind.  But I’m determined to give Iowa and Kansas proper attention on this trip.  The gods and Sparkle willing!  Sparkle is running like a top — a pitstop at Jiffy Lube today marking our first 3,000 miles on this trip.  And nearly three more weeks to go.

I pride myself on not needing A/C but by 10:30am this morning, it was already ridiculously hot.  I would turn it off for about a few minutes at a time today but the dogs and I would be panting nearly immediately.  I think it was in the mid-90s.  Though I heard it got to 100 in Wichita yesterday so I shouldn’t complain.  Looking at the forecast, it looks like it will rain here all day tomorrow.  And on/off for the next four days.  This really sucks!  I planned this trip for August to get the most sun and we’re having the freakiest, rainiest summer that I can remember.

The dogs were still pretty wiped out from yesterday’s running around.  I forgot to mention that we ended the day yesterday at Dayton’s Bark Park which was awesome.  Huge property — something like 7 acres.  When one big dog started bullying Gremmie, we moved to another equally huge fenced area.  There was also another small section with faux agility equipment which was fun for us to play around on.   The only odd thing for a park this size is that there were no kiddie pools.  There was a water fountain at least.  I’ll definitely keep this place in mind whenever I’m passing through Dayton.  It’s just a few blocks right off I-75.

This afternoon we went to the Tom Harvey Memorial Dog Park in Blanchester.  Big fenced area though small enough gaps that Grem could’ve gotten out if I wasn’t keeping her occupied.  It looked like way at the back there was a foresty walking trail.  I definitely didn’t go back there since the fencing probably ended there.  There was a small pond which was great in the heat to give everybody a good swim & soak.   It was a strange greeny color though and then I saw a dead floating orangey fish and decided it was time to go.

Most of these great old street lights had their inner workings replaced but this double light looked like it had the original parts: 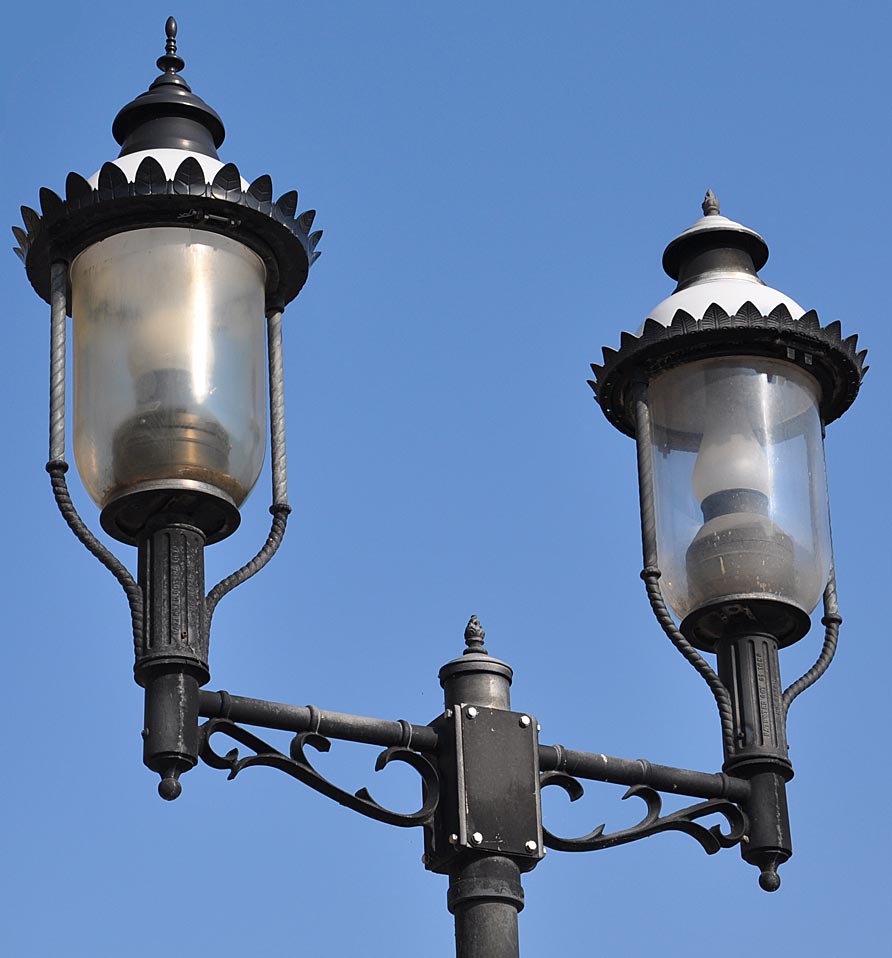 A bonanza of signs of all types: 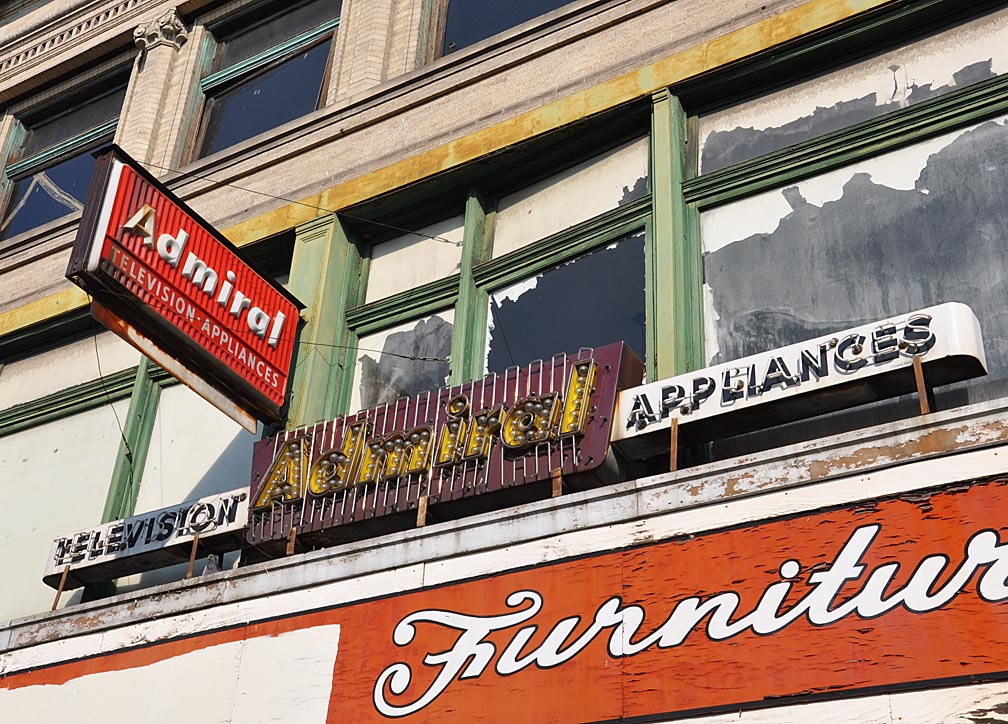 A simple but oh so pretty neon sign from Liberty Township:

A forlorn former Fotomat in Hamilton:

Jungle Jim’s International Market in Fairfield is pretty mind-blowing — a supermarket that borders on amusement park.  The exterior features all kinds of fiberglass animals and a monorail.  The interior has different themed areas and displays including a few animatronic figures.
http://en.wikipedia.org/wiki/Jungle_Jim’s_International_Market

As I said before.  It was hot.  I noticed early in the day that the cows I passed knew what was up and were already laying down in the shade.  In or near Blanchester this afternoon I witnessed these lucky guys that had their own pond.  Gave me a chance to test out the furthest shooting range of my new camera (the D90 is now lovingly referred to as “Dee”).  Better results someday maybe with a $4,000 telephoto — no time soon!

Hope it’s cooler where you are!