So much for my little “side trip” into Michigan.  It ended up taking pretty much the whole day.  But it was a great time — lots of photos, lots of traffic.  Glad I did it but now we’re definitely behind schedule.  Might mean Western Kansas has to get scrapped.  We shall see.

Not so great for the dogs who got a lot more sleeping & less exercise than usual.  But at Day 4, they didn’t seem to mind as much.  Tomorrow, we’ll be back in the middle of nowhere a lot where I can let ’em run. 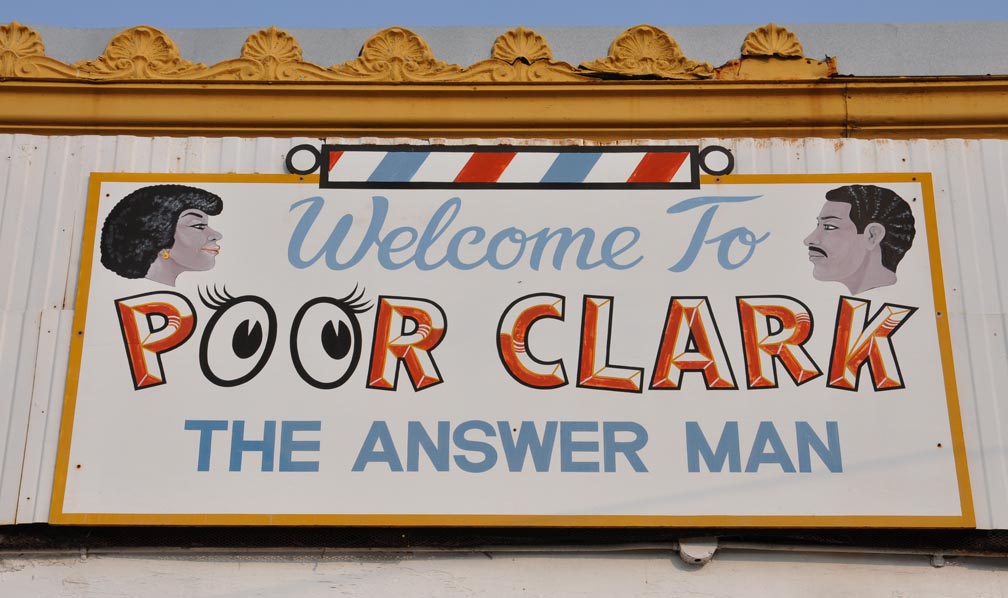 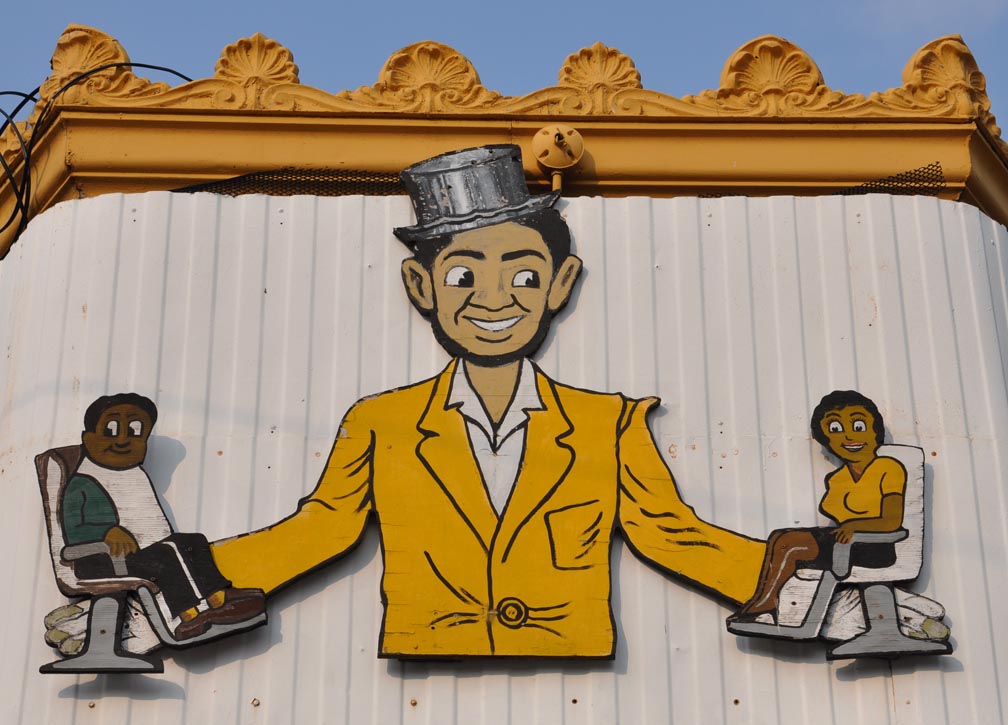 I did a bit of posing with the dogs at the giant Uncle Sam at the Michigan/Ohio border.  I put a picture over at the agilitynut flickr account:
http://www.flickr.com/photos/agilitynut/3790566411/

I was also trying to get a photo of Grem’s newest trick “Where’s Your Boyfriend” but unfortunately Nik insists on laying down everywhere on this trip — thinking that’s the code for “throw something”.  So instead of looking like she’s hugging him, she looks more like she’s humping him.  Damned cute anyway. 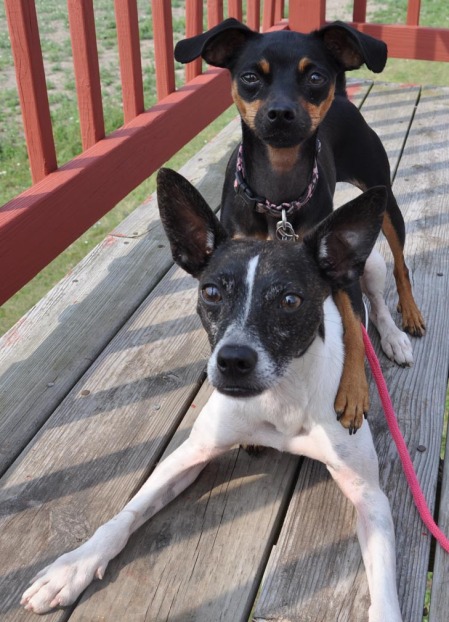 Here’s another shot where at least you can see the hugging aspect — but you also see Grem’s far-away look — like maybe she might just jump off the 50 foot tower and be free-FREE! at last.  And Nik anticipting the cheese for tolerating this nonsense. 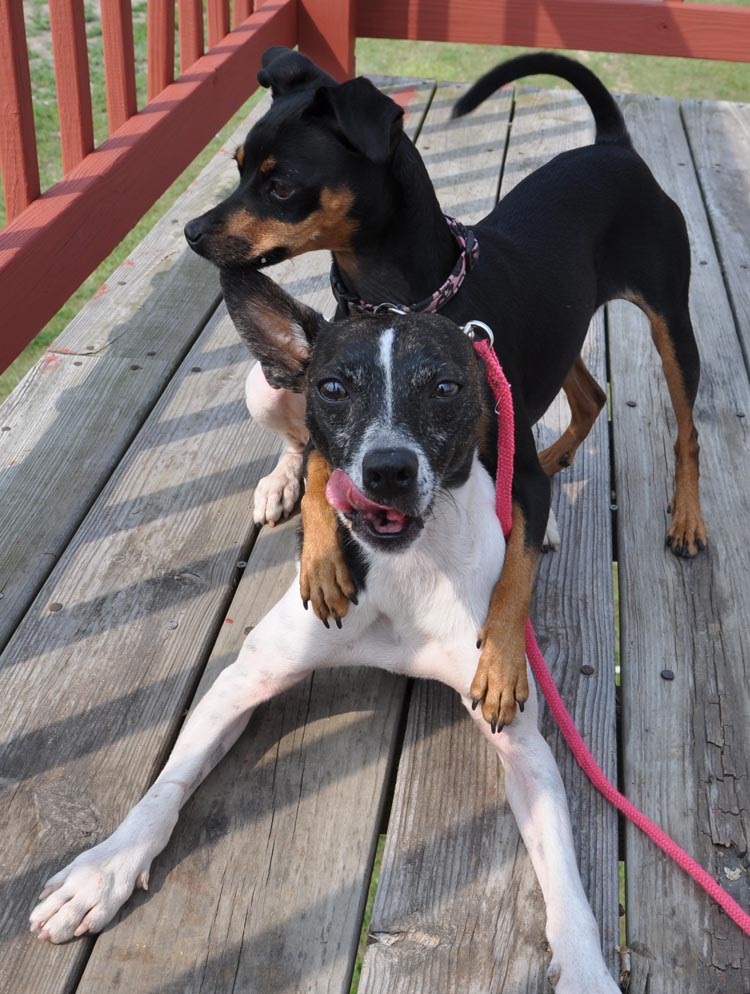 Must include the rocket which is at the very same fireworks place as the Uncle Sam:

Today’s high calorie snack — hey, it’s vacation — leave me alone!  I posted photos of the sign & building over at the agilitynut flickr stream.  By the way, perhaps the best peanut donut I’ve ever had.  And I’ll admit to having had my share.   Roadside mavens, yes, that’s the Fisk Tire Boy in the background which is just down the road from this place.  If you can make him out through the passenger window’s nose schmear. 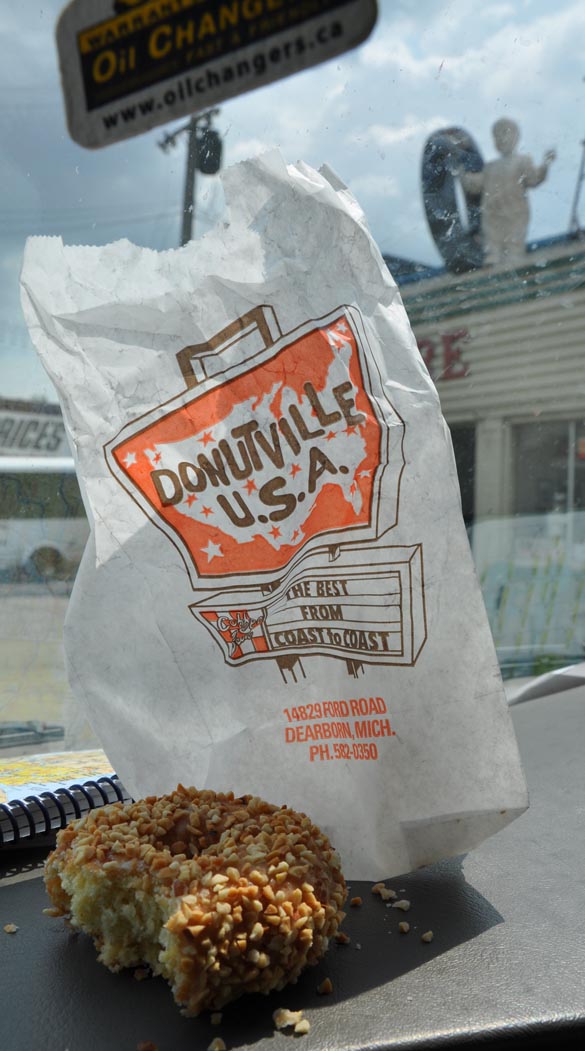 I believe this former station buried behind weeds and crap in Detroit was originally a Sinclair:

More Detroit stuff or more or less.  Could be some suburbs — too wiped out to verify — but I think technically all of these are within city limits.  Here’s an abandoned billboard that looks as old as time (1940s?): 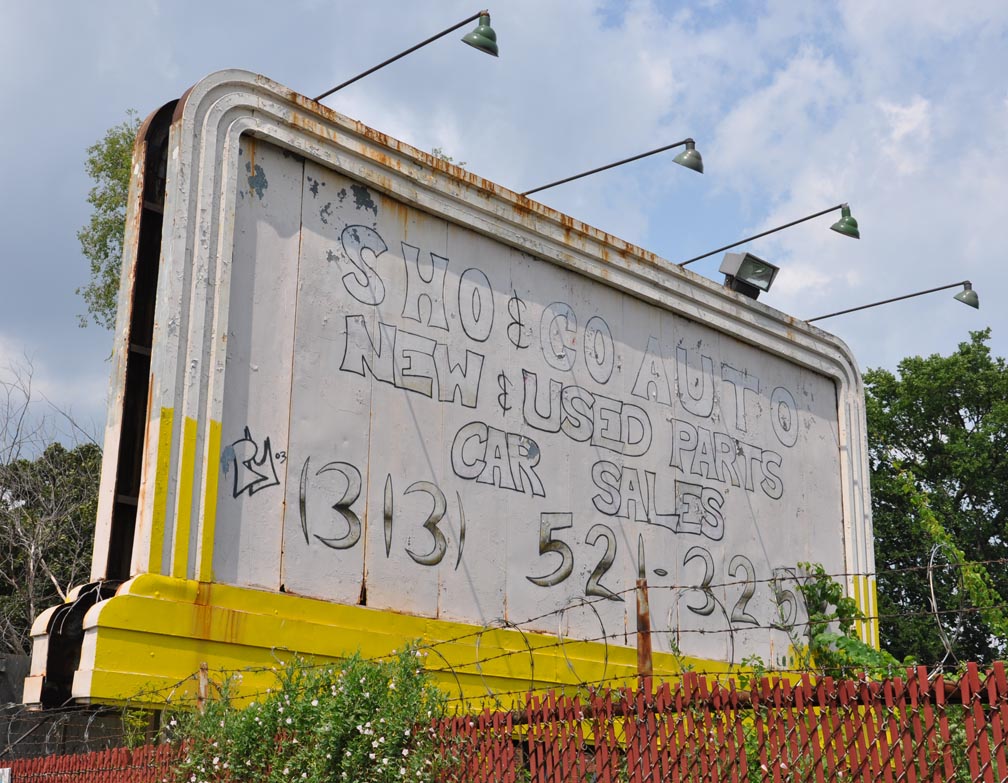 Advertising for a store that doesn’t exist anymore: 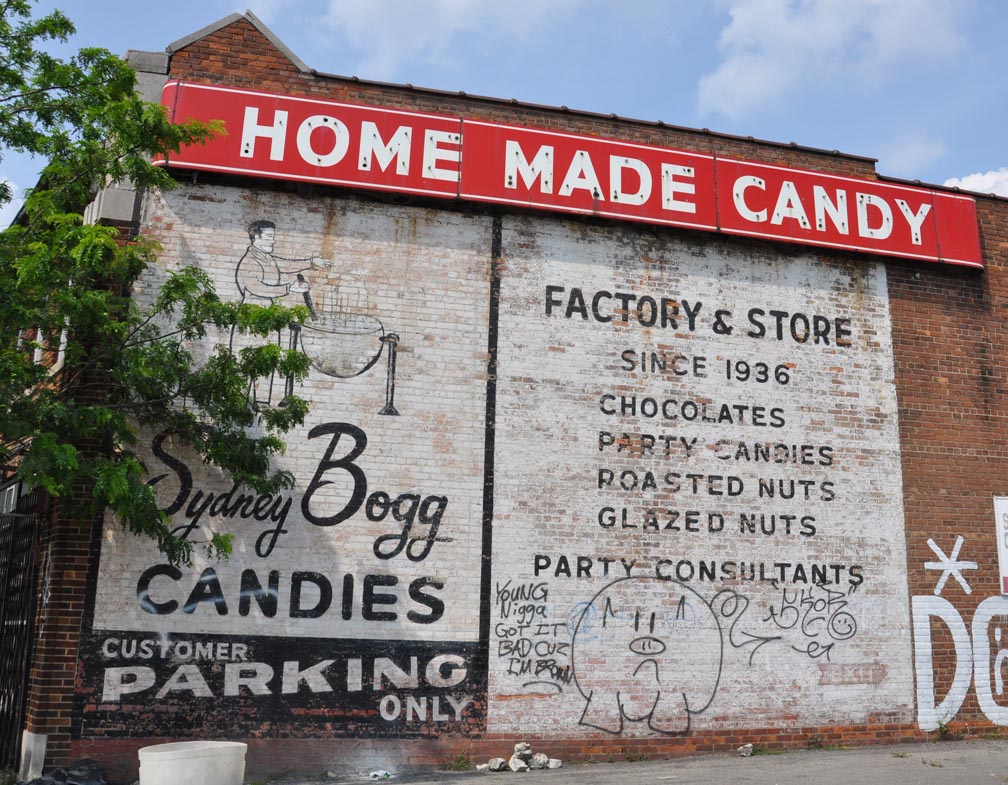 A chop suey place that doesn’t exist anymore either:

And one across the street that sorta does.  I think.  Maybe.  Must have been quite nice looking in its day: 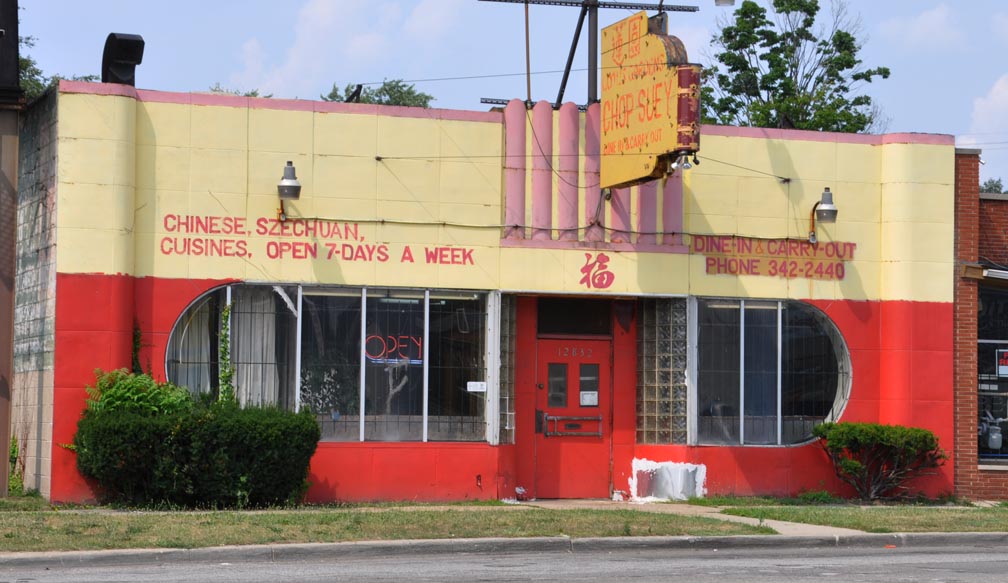 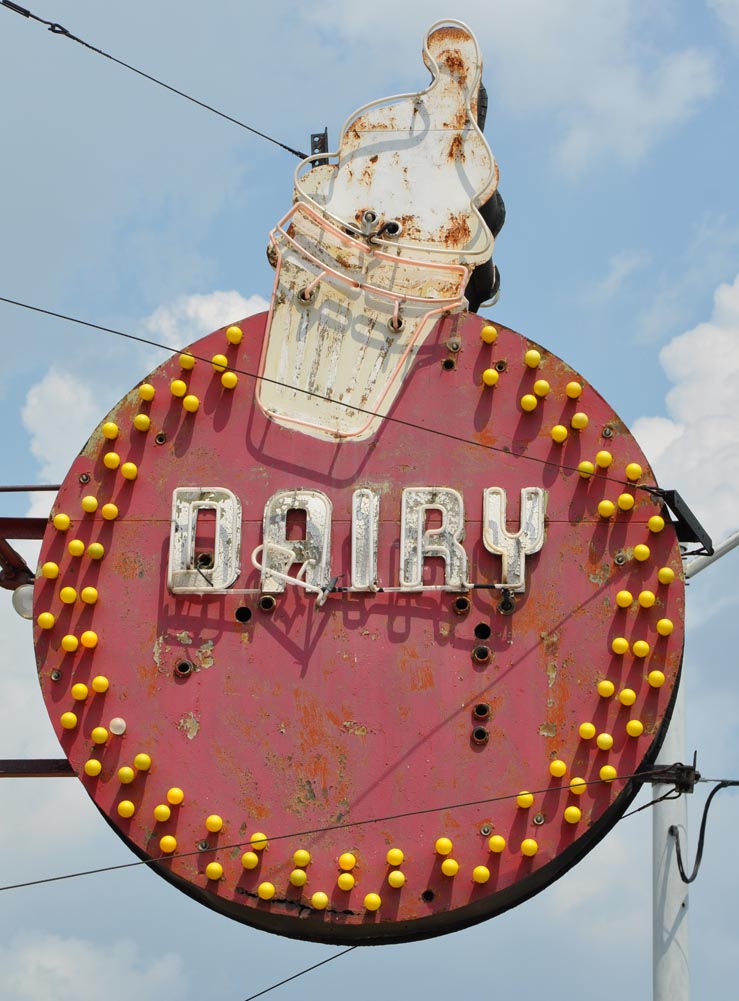 I just love the urban-ness of Detroit & vicinity.  Very much like Chicago.  New York’s got none of this funky feel, no hidden treasures, no preservation through benign neglect.  I feel quite at home even in the skankiest of neighborhoods.  Everybody seems very nice to me — maybe I exude friendliness or confidence or craziness.  I am dressed about an inch above homelessness most of the time.  The dogs get me pretty dirty & I’m not changing clothes just to take pictures.

I had my first bad reaction, I think, to this very prominent new camera.  I asked at Elmer’s Hambugers if I could take a picture inside — very cute in there with lots of stainless steel (not the fake chromey type) and low stools.  The woman took one look at my camera and asked “what’s it for?” in the surliest tone.  I replied “oh, it’s just for me” which is my stock answer.  She said “No.”  Flat no.  No explanation — I was sort of shocked.  So I repeated “No?” like a confused, half-frightened kid.  And she flatly said again “No.”  What a conversation we had.   I don’t think my little Olympus would have been as unwelcome.  I think she thought I was the Detroit paper doing an expose on filthy restaurants or something.

I assume the bulbs in this one had an animated flickering fountainy effect.  Still a nice sign even in this raunch condition: 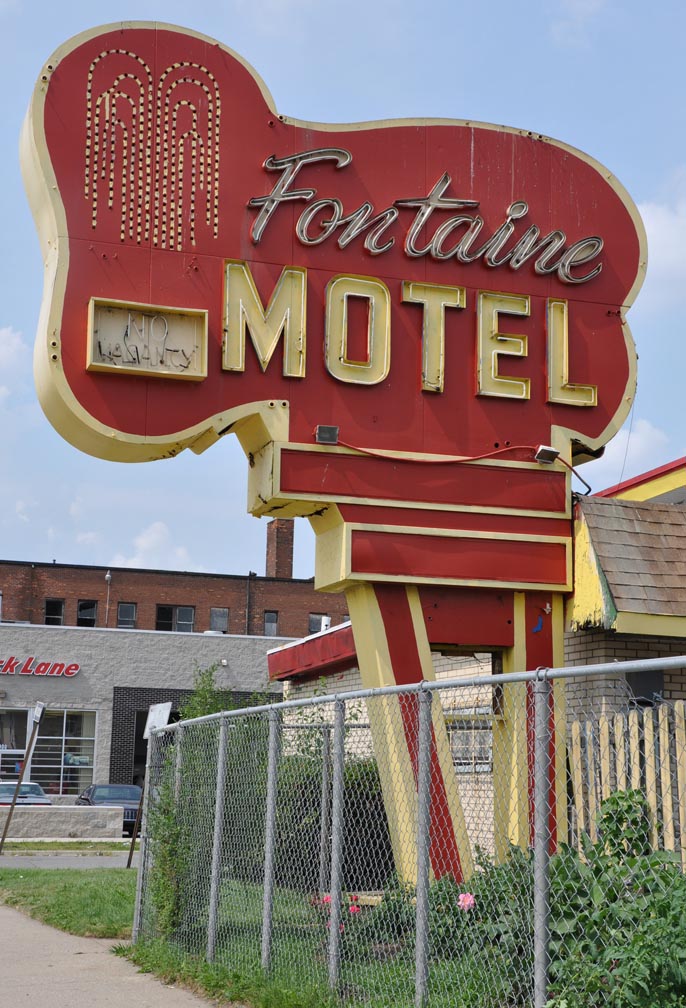 And lastly, in no particular order or theme tonight, an apparently mid-century embossed plastic facade.  Love it.  This one’s in Flint, MI: 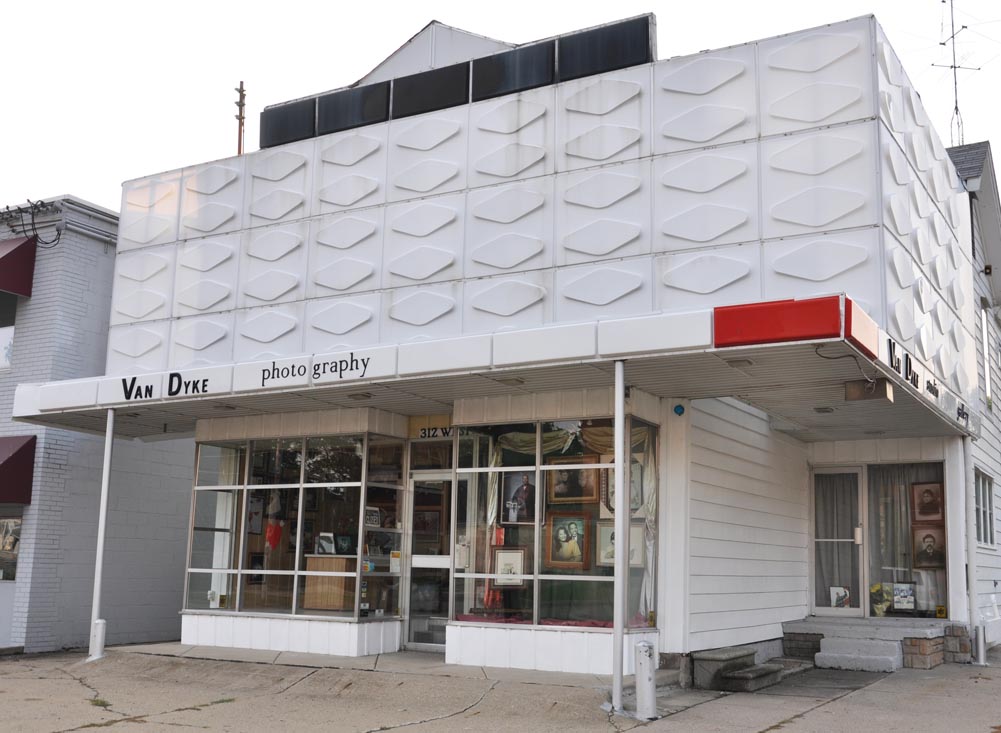